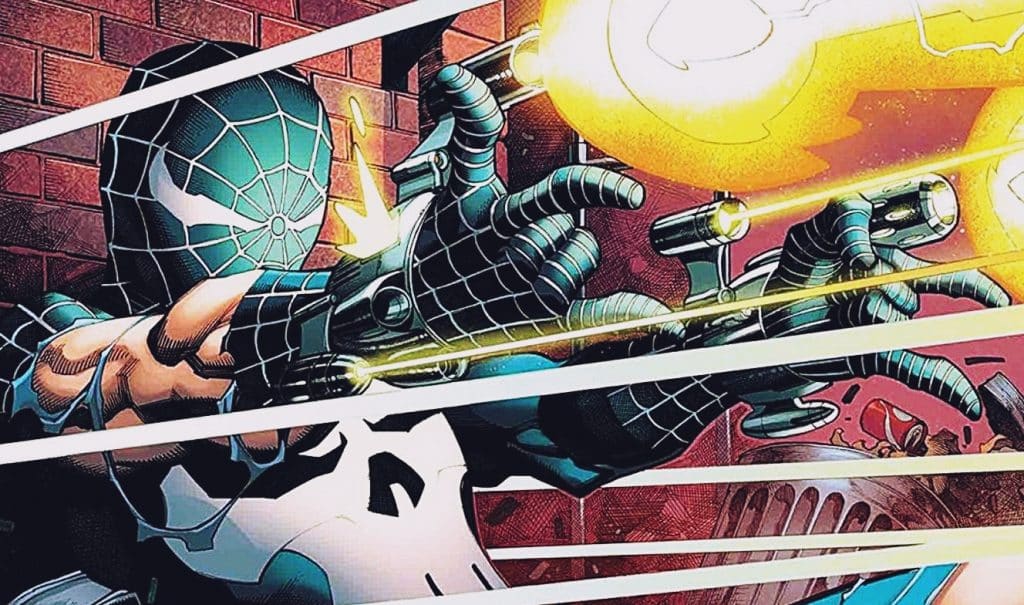 Marvel fans. If you like Spider-Man, and you like The Punisher, then you’re gonna LOVE Marvel’s latest ‘What If?’ solicitation. The company have a fine tradition of presenting wonderful and mind-bending tales, where the origin stories and pivotal events in the history of their most famous properties are toyed with, or cleverly skewed sideways by the writers. So brace yourself, and prepare to find out what happens when Peter Parker chooses a very different path in the wake of his Uncle Ben’s death.

If you’re sat there reading this and thinking that these two iconic Marvel Comics characters make for odd bedfellows, then you’re right. One is all about doing the right thing and preserving human life at all costs. The other? Not letting anything stop him in his unending quest for maximum damage, maximum pain and maximum vengeance. But surprisingly, Petey and Frank Castle have history. A LOT of history… 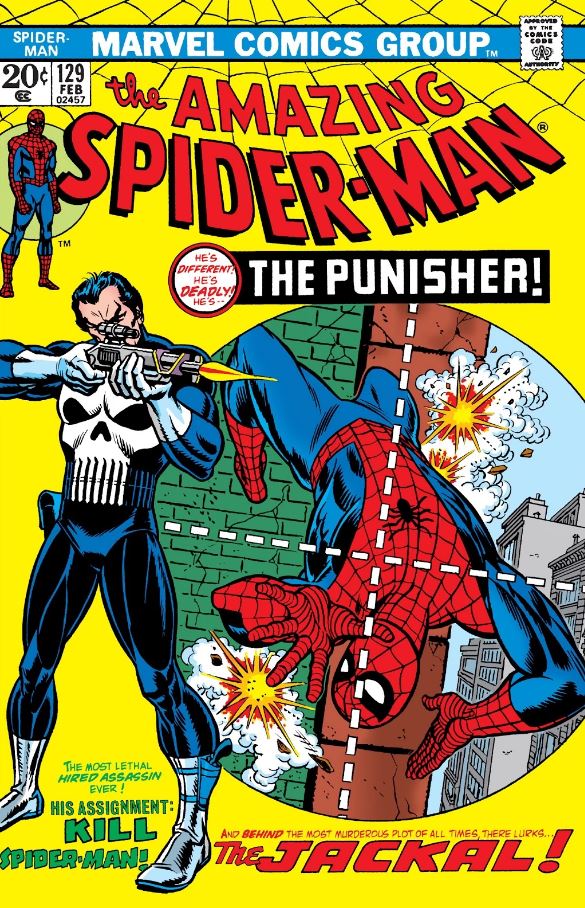 The Punisher’s comic book debut way back in 1974 was as a comical villain in a Spider-Man comic (The Amazing Spider-Man #129, to be precise). A mentally scarred former soldier, he was brainwashed by B-List Spidey villain ‘The Jackal’, and sent to use his special forces skills to kill everybody’s favourite wall-crawler. Predictably, this did not end well, but the concept of an angry average joe mixing up it with the rest of the super powered hero community made the new character a big old hit.

Despite sitting at completely different ends of the justice system, the two heroes have teamed up on numerous occasions, with Spidey torn between accepting his sometime ally’s mental health problems, and trying to put him on the path to redemption. It was Frank Castle who saved Peter Parker from death at the hands of a Thunderbolts team in the original Civil War, and the two later teamed up again to secure the Omega Drive from various criminal organisations.

But the relationship between the two has never been simple. The Enter The War Zone arc saw Spidey giving The Punisher a savage beatdown for using Parker-tech to kill an office full of goons. And in both of the Punisher Kills The Marvel Universe imprints, Frank’s murder of Peter Parker is particularly violent and memorable.

New look at the cover for Marvles “What if” series. This ones what if Spider-Man has become the punisher. Looks awesome! pic.twitter.com/dhSQUNEid7

The idea behind the new ‘What If?’ project is that rather than only having guns, blades and bombs to turn to, Marvel’s new agent of punishment is a tech genius, capable of designing web shooters and in possession of a rather bitching healing factor.

Here’s the official synopsis for What If? Punisher#1:

When Peter Parker’s Uncle Ben is ruthlessly killed by a burglar Peter let escape, he vows to never let the same fate befall another innocent bystander. From then on, he stands as a figure of cold retribution. Criminals beware – the guilty caught in this spider’s web will be PUNISHED.

But will Parker stand triumphant…or shattered by this twist of fate? The friendly neighborhood takes a different turn in this WHAT IF? adventure, positing a very different sense of responsibility for the man who will be known as THE PUNISHER, as his battles against villains like the GREEN GOBLIN take a new path!”

Alongside this intriguing plot summary, Marvel have also gone and released an awesome cover by Chris Stevens. This is really gonna please fans of the lethal anti-hero, seeing a famous Punisher cover cleverly adapted, with Frank’s machine pistols changed to web shooters, and his iconic Skull logo appropriately spiderfied (yeah. It’s a word…).

The title has been written by Carl Potts and Juanan Ramirez, and it’ll be interesting to see how this story’s version of Norman Osborn responds to a rageful opponent who has absolutely no qualms about crossing the line between right and wrong. The company has also revealed that future What If?’ Publications will see a few more Spidey-related stories, including one where it’s school bully Flash Thompson who gets bitten by a radioactive spider, and not Peter Parker.

What If? Punisher#1 will be available on October 10th from Marvel Comics.

Continue Reading
You may also like...
Related Topics:Marvel, Punisher, Spider-Man