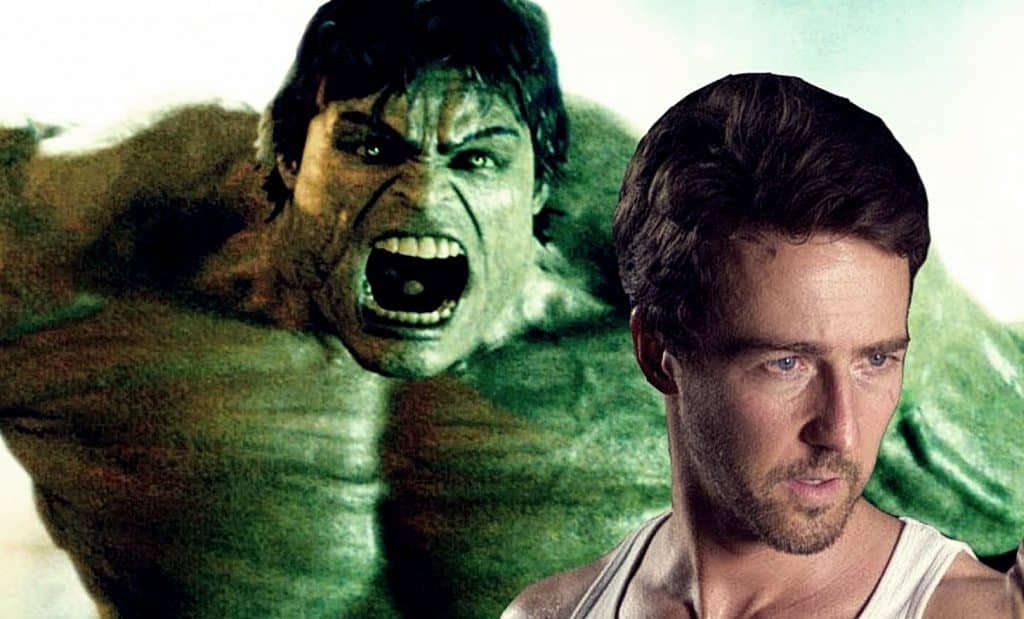 Edward Norton was said to have taken a shot at Marvel Studios over The Incredible Hulk at the recent Comedy Central Roast of Bruce Willis, but the quotes hadn’t yet been revealed. Now they have, and the former Bruce Banner actor didn’t hold back when talking about his former employer. He first used the opportunity to make a joke out of it about Willis:

“I tried to be like you. I did a big action movie called The Incredible Hulk. You know what went wrong? I wanted a better script.”

He then took a shot at the movie itself:

“I thought we should try to make one Marvel movie that was as good as the worst Chris Nolan movie, but what the hell was I thinking.”

Here’s video of the quote:

“I thought we should try to make one Marvel movie that was as good as the worst Chris Nolan movie, but what the hell was I thinking,”

This was the initial information we had:

Edward Norton took a shot at Marvel during the Comedy Central Roast of Bruce Willis, saying he was difficult on ‘Incredible Hulk’ because “I wanted a better script.” https://t.co/KKvDyvBhFG pic.twitter.com/1ao6rrwqbQ

It’s interesting, but not exactly a surprise given the history between the two. Edward Norton wanted quite a bit of control over the script, and with the way the Marvel Cinematic Universe works – that was just never going to happen. The 2008 film is still regarded as a quality film by most fans – but some forget that it’s even set within the MCU. We obviously now have Mark Ruffalo as the character.

What do you think of Norton’s comments? Are you a fan of his Hulk film? Be sure to tell us all of your thoughts in the comments down below!