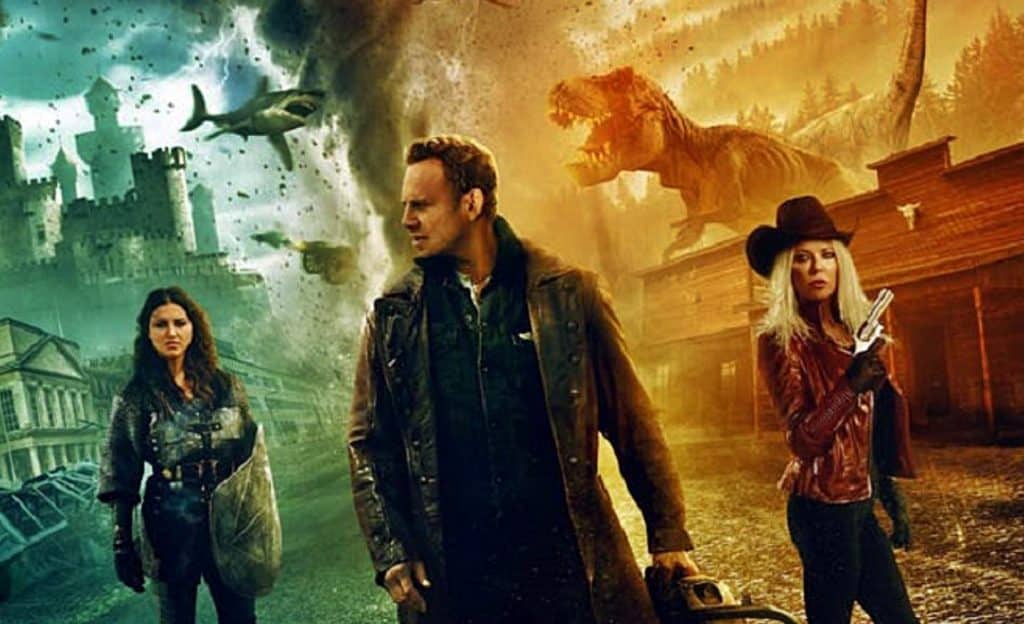 The sixth and final installment of the Sharknado franchise is coming to our screens soon. The Last Sharknado: It’s About Time will take the story in an even crazier direction. On top of the sharks, this movie will feature time travel and dinosaurs. Now, we have another glimpse at the story as a new teaser trailer has been released, you can watch it below:

In The Last Sharknado: It’s About Time...

“Our hero Fin (Ian Ziering) has battled sharks all over the globe, but in this last installment he will tackle the final shark-tier — time travel. In the ending moments of SHARKNADO 5: GLOBAL SWARMING, Fin was seen wandering alone on Earth after it was destroyed. Now he must travel back in time to stop the Sharknado that started it all. Will Fin and the gang be able to set everything right and save the world once and for all?”

The movie will premiere at the end of the fifth annual Sharknado week on Syfy, which begins on August 12. Other movies in the line up include Deep Blue Sea 2, 6-Headed Shark Attack, and Nightmare Shark.

The first Sharknado film debuted in 2013 and somehow the nonsensical story about sharks that get caught up in a tornado and thrust inland garnered a lot of attention. After a handful of sequels, each one more ridiculous than the last, the Sharknado franchise is finally being put to bed.

You can watch The Last Sharknado: It’s About Time on Syfy on August 19.

Are you looking forward to the final instalment? Tell us all of your thoughts in the comments!

Continue Reading
You may also like...
Related Topics:Horror, Sharknado, Syfy