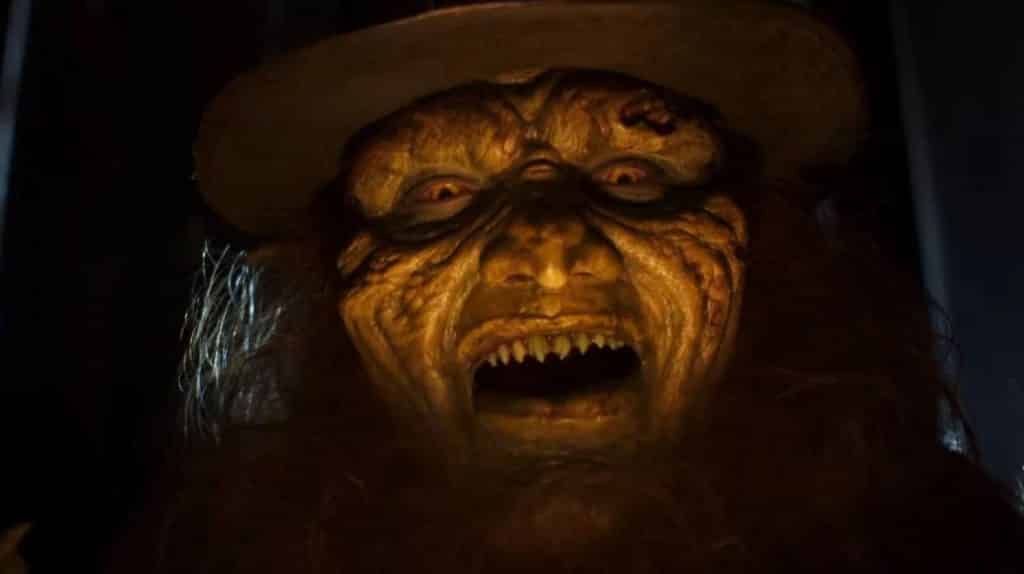 With all the horror movie remakes and reboots lately, it seems that they are running thin on brilliant ideas and just passing up 80’s and 90’s films with “better” graphics. The problem to that is they often lack the scare factor and can never seem to be better than the original to old fans. As hard as they try, most fans would rather see a prequel or a sequel to their old favorites instead of what they think the movie should look like with these new age film tricks. Seems there are some people out there who truly believe this also and are giving us something new to hold our breath for, Leprechaun Returns.

Most fans know Leprechaun as a silly terrifying little creature who had his gold stolen and decided to get revenge with murderous rage. Of course, to a child the movie would be terrifying as the make up was well done and the acting of Warwick Davis (Leprechaun), was amazing, but as an adult we find it a little more humorous and entertaining. That doesn’t make it bad that just makes it an all around much loved old horror flick that is great to put on when bored on a Saturday night or hanging out with a group of buddies.

According to SyFy Wire, the sequel is set to hit SYFY next year with Leprechaun Returns and is apparently going to take place 25 years after the 1993 original. The story behind this movie is with a group of sorority girls who tear down a cabin to build a new sorority house, somehow revive the menacing creature and undoubtedly become the victims of his killing spree. The director of the film, Steven Kostanski is also known for directing The Void and the writer, Suzanne Keilly, is known for Ash vs. Evil Dead. It seems we will be seeing an old film get new tricks with the placement of sorority girls but let’s hope it doesn’t take away from the amazing story it could truly be. Sadly, Warwick Davis is replaced by Linden Porco in this one – but we’ll see what happens.

The film picks up 25 years after the events of the 1993 original, which found a maniacal Leprechaun doing whatever it takes (including committing gruesome murder) to track down his stolen pot of gold. Leprechaun Returns finds the leprechaun revived in the modern day when a group of sorority girls unwittingly awaken him while tearing down a cabin to build a new sorority house.

We are set to see the movie in March of next year and hopefully this little teaser that has been passed on can get you as pumped up as we are.

Are you excited for this sequel? What could you hope to see in this film? Be sure to tell us what you think in the comments below!

Avengers: Infinity War Trailer Could Point To The End Of Loki
Netflix Reveals 10 Horror Movies That Are Too Scary To Finish
Advertisement
Advertisement
To Top