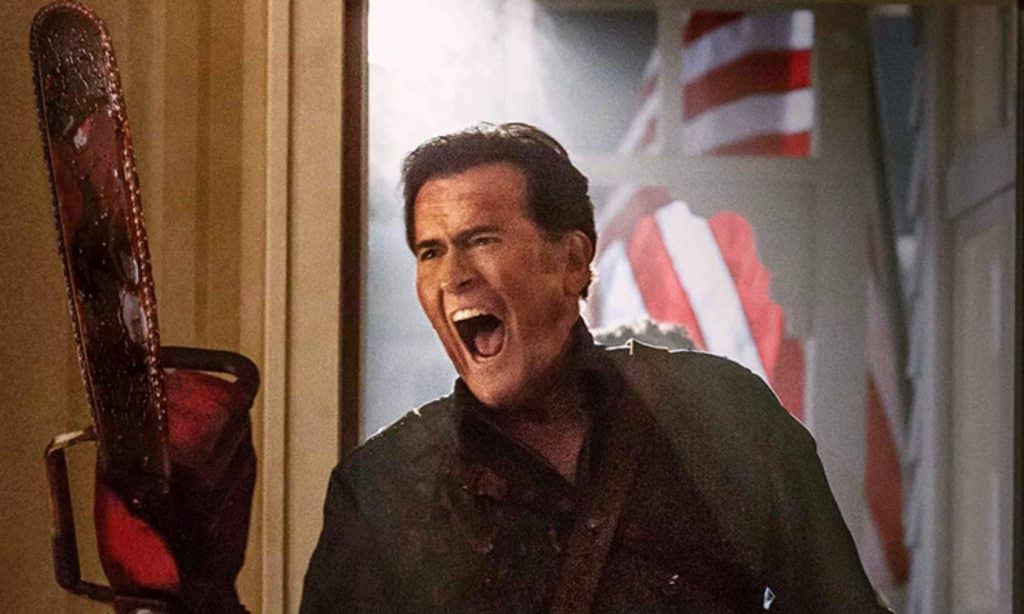 It looks like Starz is having a hard time with Ash vs. Evil Dead. While dealing with the onslaught of pirating and torrenting issues taking away revenue from Starz, their ratings have been hit pretty hard as of late.

The third season was postponed from the show’s usual October release date until February, mostly to avoid competition with the season premiere of The Walking Dead. And yet ironically enough, The Walking Dead ended up returning the same day as Ash vs Evil Dead’s premiere anyway. Then the second episode went against the Oscars ceremony – so luck just hasn’t been on this show’s side.

It’s actually pretty unfortunate that the ratings are so low, because the seasons happen to have a higher critical reception than that of The Walking Dead. But it’s the ratings everyone at Starz cares about – and so far those aren’t doing too well.

Here are the following numbers for the first three episodes of the third season:

These numbers might still seem large, but they’re actually the lowest they’ve ever been for the series. The premieres for each of the previous seasons had reached over 400,000 viewers, and the previous low point was only 237,000.

When you consider that Bruce Campbell has already voiced concerns with the series being continued in the future, it doesn’t look too good. But considering that The Evil Dead has survived all these decades in a multitude of formats – this likely won’t be the end.

The Evil Dead will live on.

What do you think of this? Be sure to tell us your thoughts in the comments!