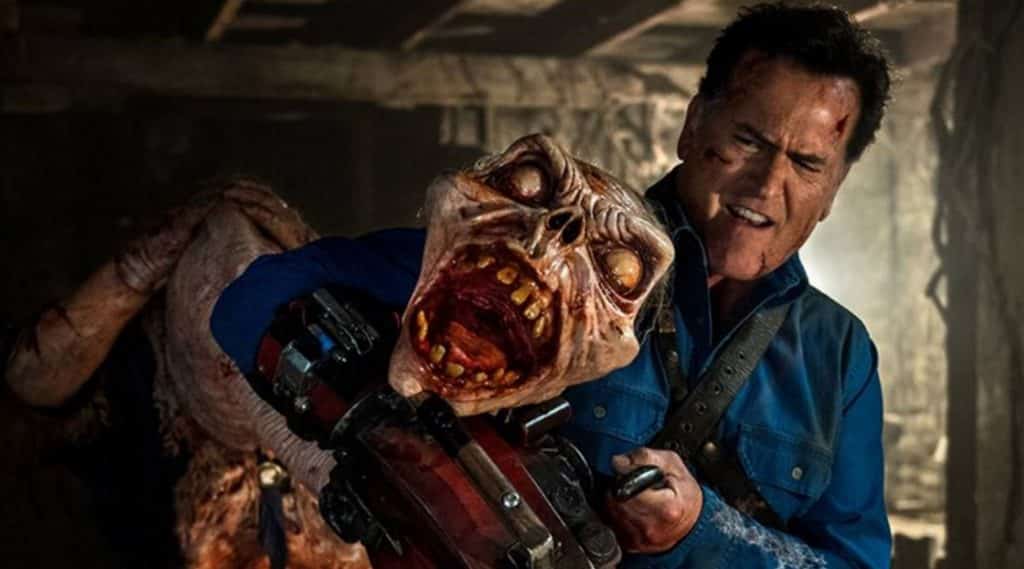 Bruce Campbell, lead actor and producer of the STARZ series Ash vs. Evil Dead, is speaking out against those who illegally download the show.

The first season premiered in 2015 after fans begged for Ash’s return following the 2013 remake. And the filmmakers truly delivered – giving a series with nods to past films, returning characters and actors, and a lore that expands on elements from the films which fans never even dreamed of getting to learn more about.

Unfortunately its popularity is making it a big item for pirates, and it could kill the series. STARZ is actually seriously considering cancellation because of the unfortunate number of times the series has been downloaded by pirates.

While at a book-signing in Sacramento, Campbell finally voiced his frustrations with the show being so badly pirated. He asked which of his fans in attendance had the STARZ app, before shouting (via 1428 Elm):

“4/5 of you can kiss my ass! Oh, why did they cancel Ash vs Evil Dead? Where did that show go? Right up into the air … You know what? Hey, you slackers out there. Ash vs Evil Dead is one of the most illegally downloaded shows! Why did it get canceled? Because you are all loyal criminals.”

Campbell’s obviously using a lot of his signature sarcasm, but there’s plenty of reason to speak in such a way. If people continue to pirate the series, it will no doubt kill it. And once that happens we may never get to see Ash or the Evil Dead franchise ever again. Campbell himself hinted last month that this season could be the last time we see him play Ash.

The only way to continue the fight against Evil is if fans actually start to support the show.