The 10 Worst Horror Movie Remakes of All Time 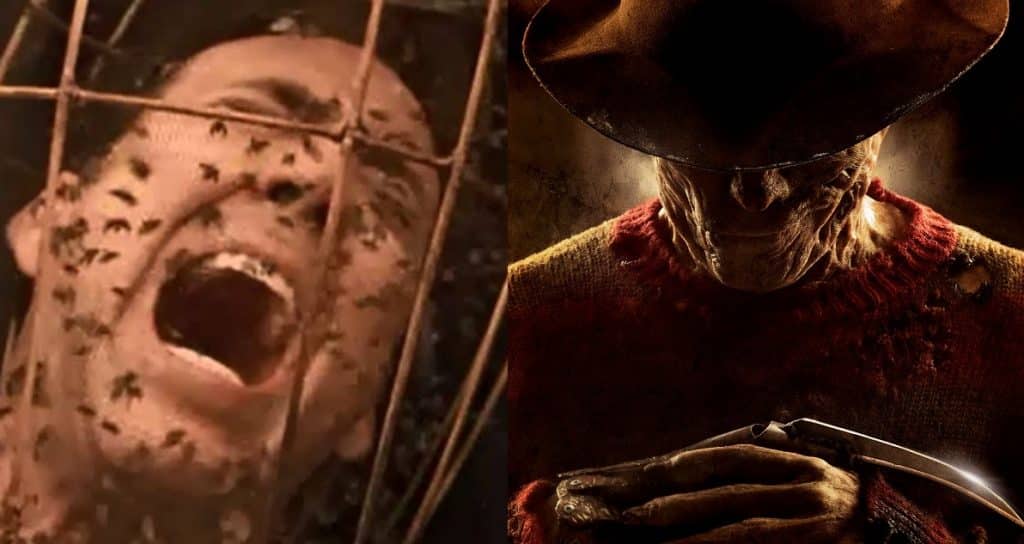 There are quite a few horror movies, which obviously means that there will eventually be a lot of remakes. Hollywood lacks originality these days, and horror is a pretty popular genre, so it should come as no surprise that there’s a list with the worst horror movie remakes ever.

While there’s obviously more than 10 terrible horror movie remakes out there, we decided to narrow it down to the worst possible ones. So enjoy! Well, not literally because we wouldn’t recommend you actually watch these movies – unless you have absolutely nothing better to do. 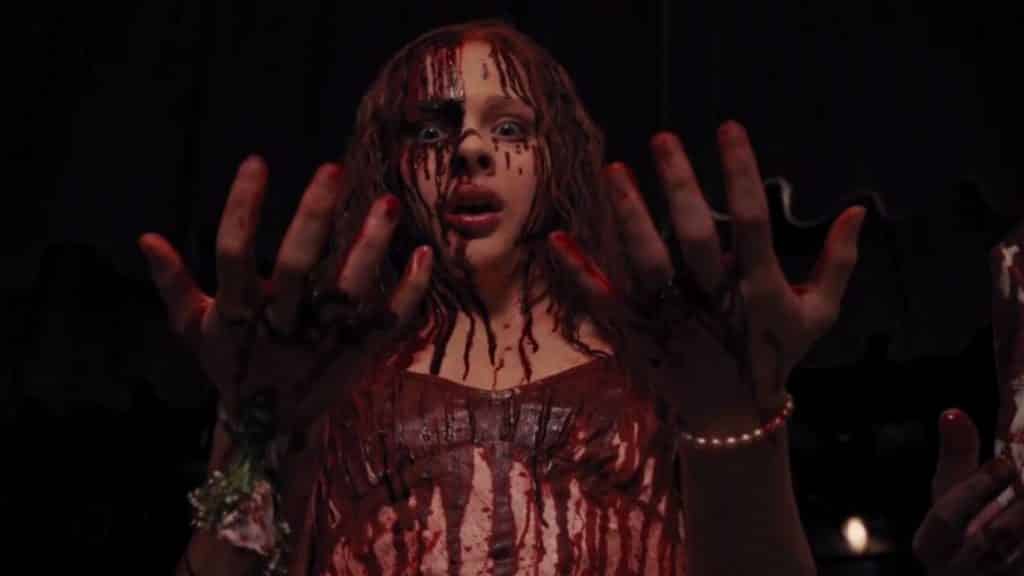 Carrie, the loveable girl who got picked on through most of her life by her classmates and even by her bible thumping mother, is a timely tale in this version as it was back in 1976. You would think with today’s modern technology, that this film would be easily made and a slam dunk at the box office…nope. Don’t get me wrong. The movie made its budget back almost three times, but when you make a movie as cheaply has this one, you’re guaranteed an easy cash out.

The director had the best intentions when making this film, but just because you have good intentions, doesn’t mean they’re good ideas. The film took the easy route by not adding anything interesting story or visual wise. What we got was a retelling of the same story that was a definite snore that featured some serious bad acting all around except for Chloe Grace Mortez—that little girl tried her best. So skip this one or not if you’re having a hard time getting some shut eye. – Mark Salcido 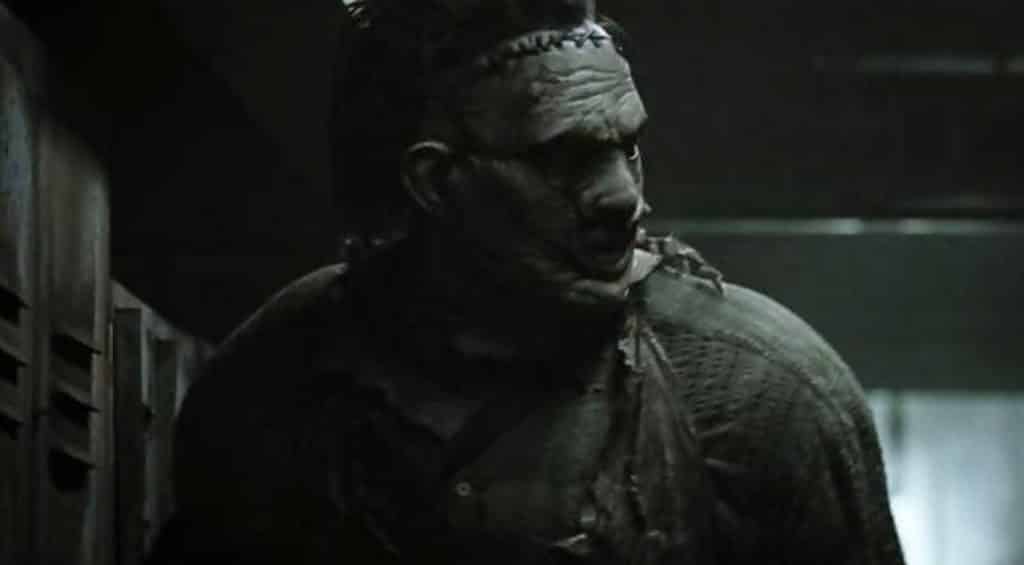 Tobe Hooper’s horror classic The Texas Chain Saw Massacre is best known as a documentary-styled film with influence from the Ed Gein crimes. The remake from 2003 returned to the documentary concept, but in all of the wrong ways.

It may not be a total carbon copy, but it dropped all of the elements that worked for the original. The raw and gritty nature of the first film was dropped in favor of a glossy, music video styled production. A true reminder that this remake is nothing but a mainstream Hollywood creation, and one that didn’t need to exist.

The most upsetting thing, however, is how the characters are handled. Leatherface is no longer the cross dressing, personality inept entity that used faces to express emotion. Instead he’s a deformed brute who uses the masks to cover his hideous face. All of the interesting character traits that made Leatherface stand out from other slasher villains are gone.

The rest of the Hewitts are just as bland, save for R. Lee Ermey’s character. He actually feels threatening and dangerous unlike the other elderly, crippled, and overweight Hewitts who do very little to nothing throughout the film. With the original film series the Sawyers are very unique and interesting villains, each with their own style and attitudes. Here there’s just absolutely no creativity put into writing the characters.

This brings me to the protagonists, who come off as generic dope-smoking teenagers. It’s like the filmmakers wanted to check off every slasher movie cliche in the book. Why couldn’t we get natural, realistic protagonists we cared about? These guys nearly make me cheer on Leatherface for going after them. It’s a sad turnaround from what was once a very grisly and horrific film from the 1970’s. – Jacob Dressler 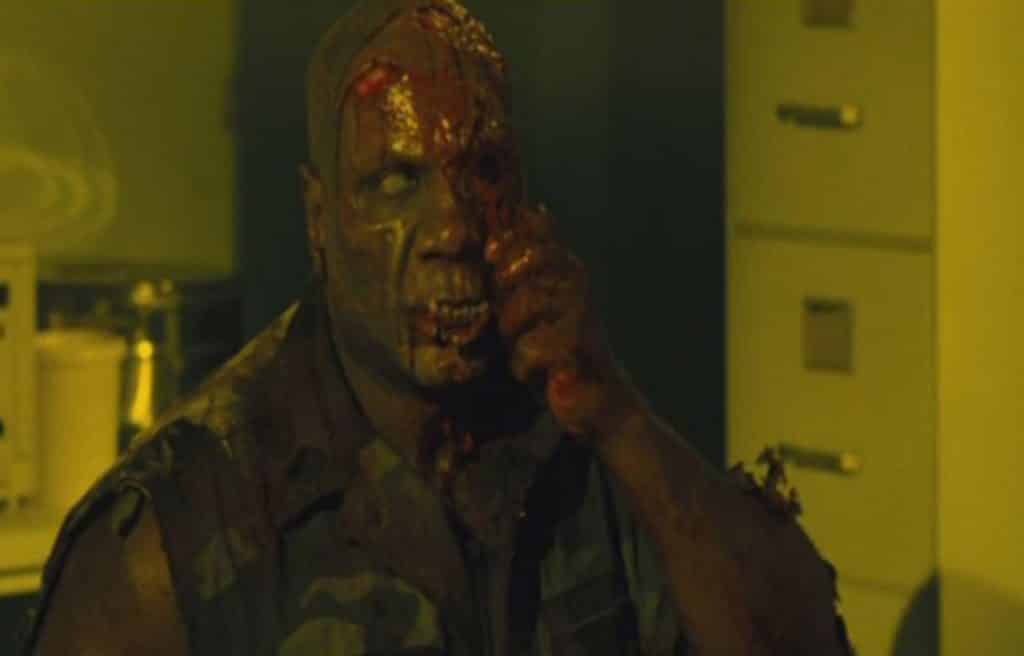 When Zack Synder did a remake of George A. Romero’s classic Dawn of the Dead, audience members expected Day of the Dead would follow. It would take close to four years for this movie to be made but honestly, I really wished that they never even bothered. What was fed to us was a fresh pile of zombie dog s*#t that gave it a everlasting stink that can still be smelled even after it’s been close to ten years since the movie was made.

This film fell victim to really bad effects, acting, and plot holes that you can drive an anti-zombie tactical school bus through. Ving Rhames himself even decided to pop in this film, in hopes to spark interest,but that couldn’t save it. The film had an $18,000,000 budget when it was released in theaters and couldn’t even crack $1,000,000. Hell, it’s barely even a 90 minute movie.

I saw this movie once and instantly purged it from my mind when the credits started to role. Don’t see this and pop in the original if you want to have a good time with your zombie needs. – Mark Salcido 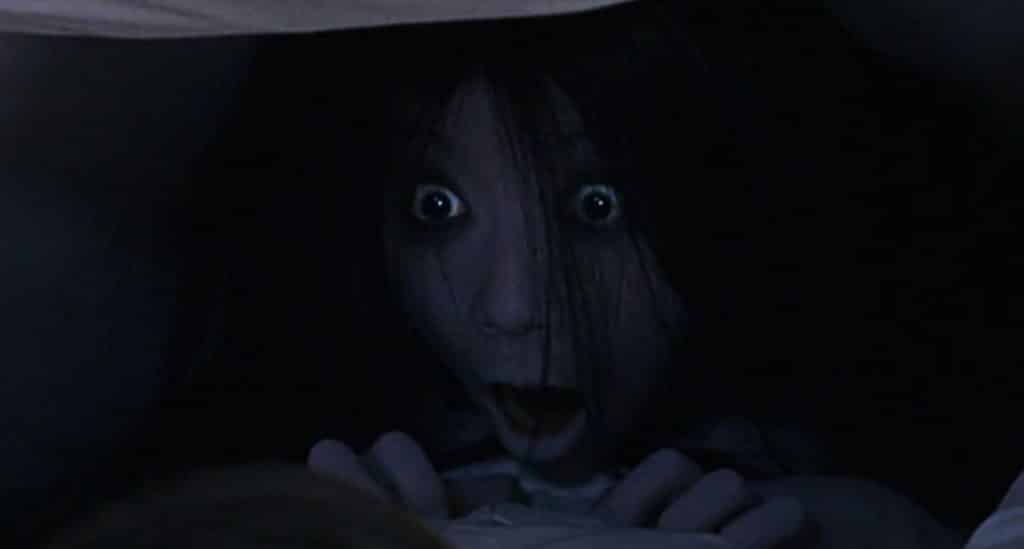 Karen (Sarah Michelle Gellar), a young nurse living in Japan, is charged to be the caretaker to an elderly woman after the mysterious disappearance of her coworker. She quickly discovers that the house is cursed, and that all that enter find themselves locked in a terrible spiral of terror and death.

The Grudge is not the worst movie on this list, but it is one of the most unnecessary. Lacking any of the creepy, unnerving sensibilities of the first film, while still maintaining its strange and at times confusing narrative structure, The Grudge is, to put it bluntly, a film with no worth. It is slow, plodding, and boring, and boring is the absolute worst thing a horror movie can be.

It’s an extra shame that The Grudge was such a disappointment, because the director of the original movie, Takashi Shimizu, was also the director of this film. He had a chance to fix what didn’t work in Ju-On: The Grudge while keeping true to the original film. He failed on that account, and what we are left with is one Japanese film that is creepy, but overly complicated, and one American film that is a dull waste of time. – Sylvia Maixner 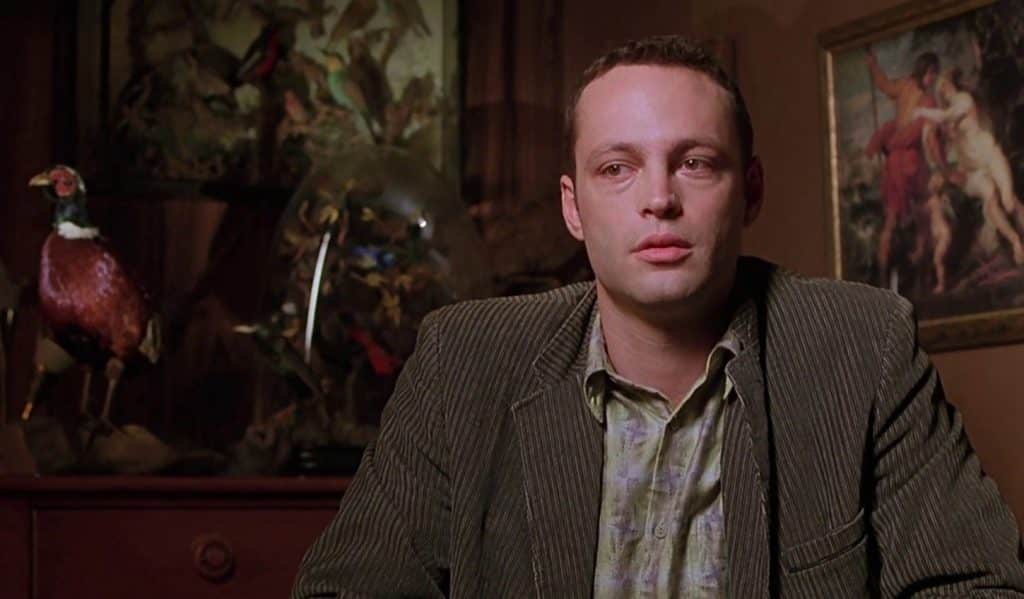 Psycho is one of the most notable works for both Alfred Hitchcock who was responsible for the original film, and Robert Bloch who wrote the original novel on which the movie was based. Unfortunately, the 1990 remake from Gus Van Sant is notable for being not just a terrible remake, but one of the worst films made in general.

The movie is essentially just a shot-for-shot remake of Hitchcock’s 1960 adaptation, and offers little if any new material to the story. It’s merely just an experiment – what would it be like if we took a black & white film and remade it identically in color? The results of this experiment, however, indicate that it was nothing more than a failure.

If Psycho ever did need a remake, it would need to be a film that respected the legacy of its source material. And that does not mean being a carbon copy, but rather a spiritual successor that utilizes the best elements of its predecessors to create a proper new story. – Jacob Dressler 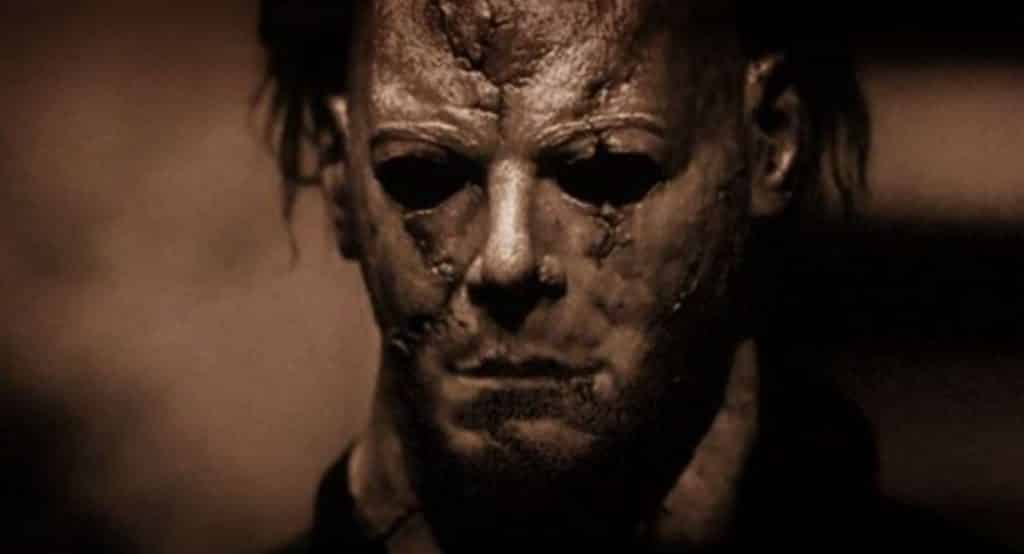 While the movie is definitely watchable, it’s not very good. I remember watching it in the theater when I was 17, and thinking it was decent but when you watch the Director’s Cut that was released on DVD, you realize it’s kind of a silly movie. John Carpenter himself even criticized the movie, calling Michael Myers “too big” and saying that Zombie took away the mystique of the Michael Myers story.

I will say this, though, 2007’s Halloween was better than the sequel, which was beyond awful and was probably why we never got a “Rob Zombie’s Halloween 3” film. – Frank Palmer 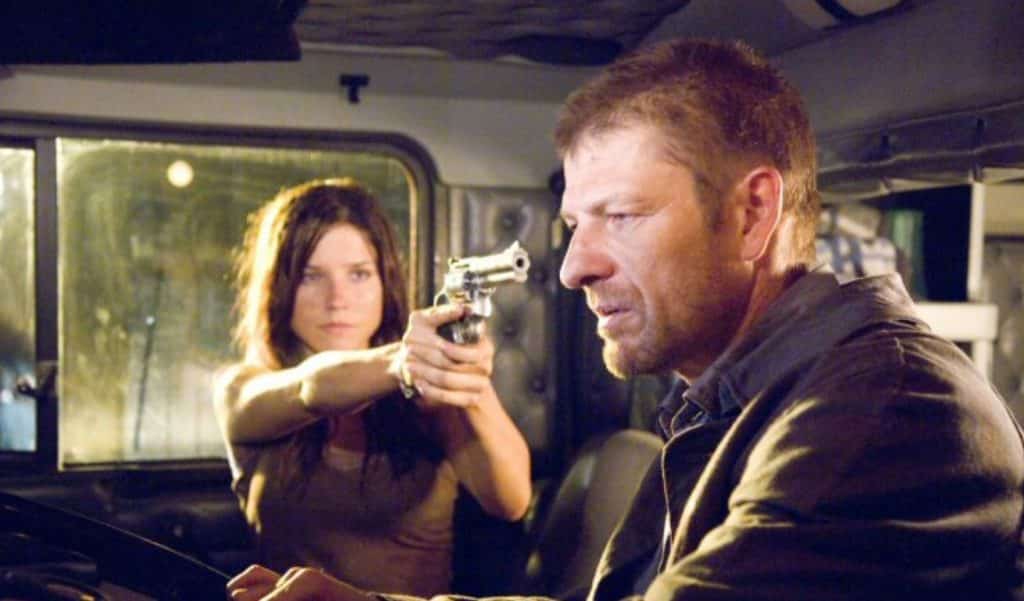 There isn’t really much to say about 2007’s The Hitcher. The movie isn’t realistic in any way at all, it isn’t scary and it doesn’t really leave you caring about any of the destruction that ensues. The acting is forgettable and the action sequences that take place are beyond ridiculous – even for a horror movie. – Frank Palmer 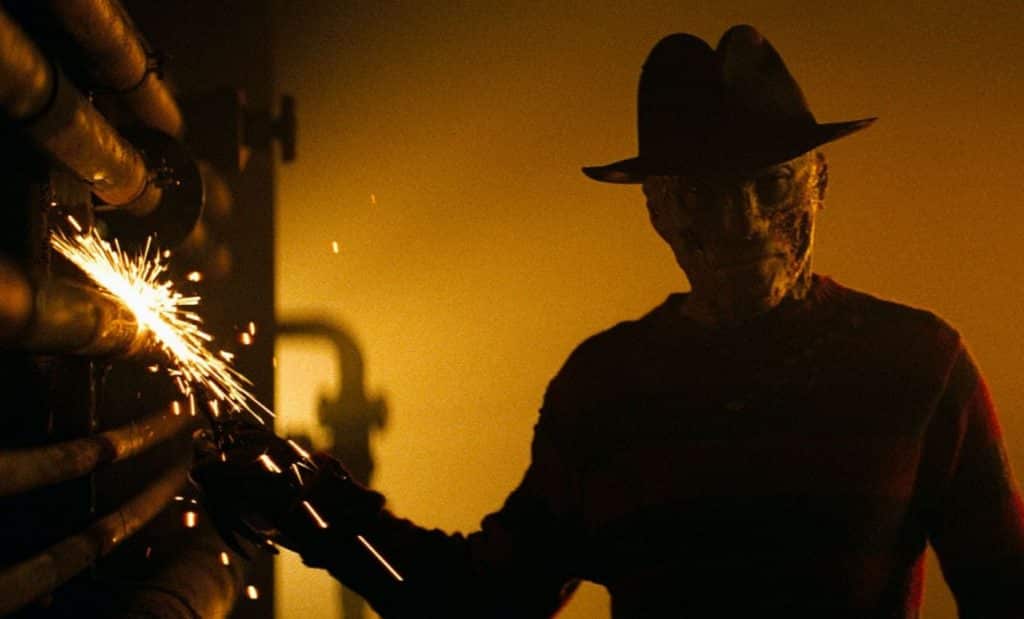 I was a bit skeptical when I heard they were doing a remake of A Nightmare on Elm Street, but I was prepared to give it a chance. Sure, it was produced by Michael Bay’s production company, the same one who made the Friday the 13th remake, but sure. I’d give it a chance.

Jackie Earle Haley was cast as Freddy Krueger, a role so iconic you’d have to nail it for it to even be considered passable. There’s no humor at all in the movie and it’s just dark and depressing. Freddy Krueger is in it by name, but the character on screen is really just a CGI version of a burnt cat with a hat on.

I think I may have actually fell asleep in the theater for this one. To make matters worse, one of the stars from the movie, Thomas Dekker, told us that the film was basically just made for money, which isn’t surprising. Though it made a profit, it was universally panned by critics and fans alike and there was never a sequel. – Frank Palmer 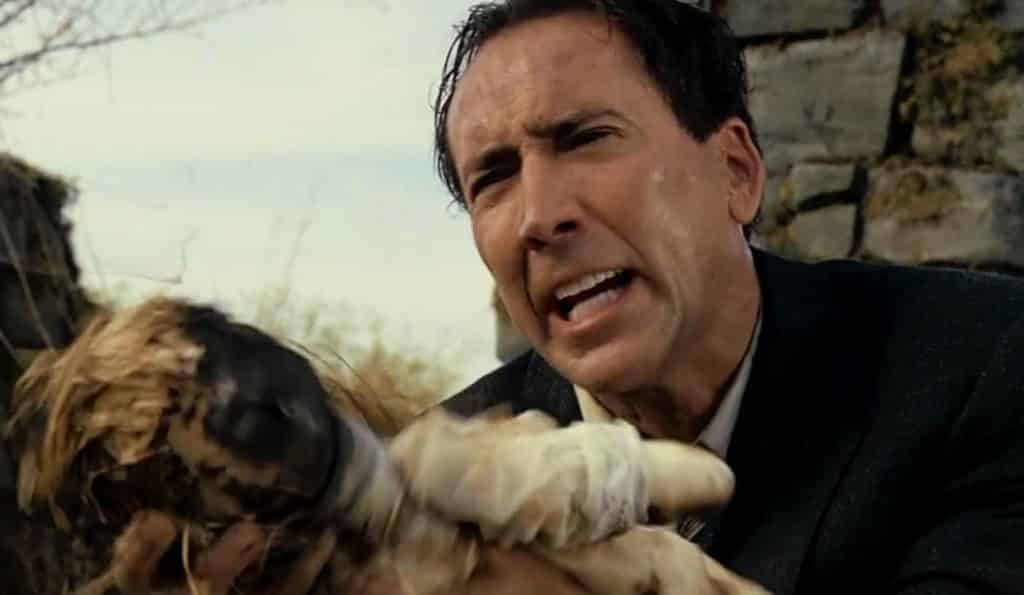 While The Wicker Man gave us an iconic Nicolas Cage performance, outside of a few moments here and there featuring Cage, the movie itself is simply not good or the least bit interesting. You could probably forward most of the film until the last 20 minutes or so and not miss anything. It’s probably worth a watch if you’re looking to fall asleep though. – Frank Palmer 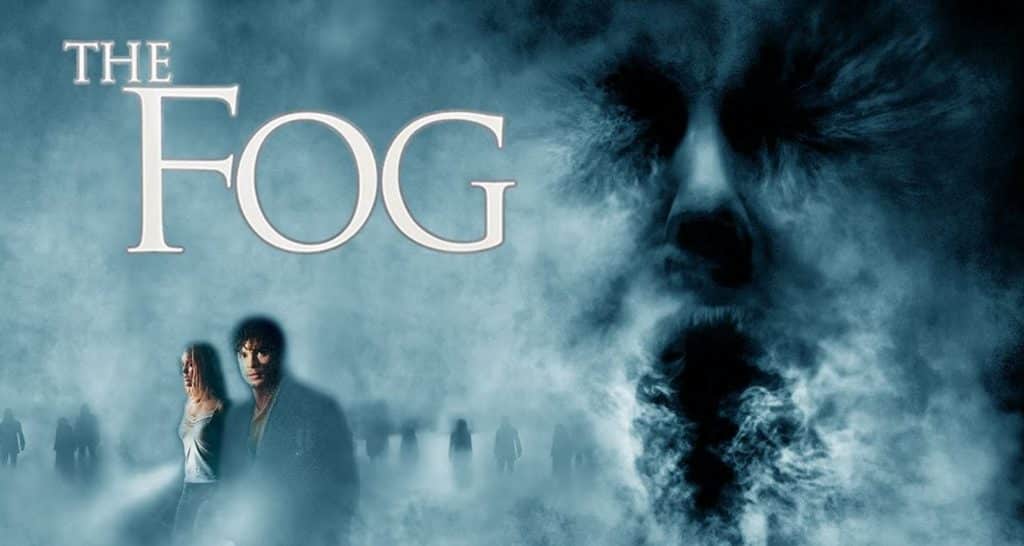 The Fog is usually thought of as one of John Carpenter’s lesser works, so remaking it makes more sense than remaking a property like Halloween or The Thing which don’t really have much room for improvement. Unfortunately, this remake finds a way to be much, much worse than the remakes of either of those two movies with neutered PG-13 violence and just terrible performances from its horrendous cast (Maggie Grace in particular).

The movie also contains none of Carpenter’s typically top notch cinematography or the eerie atmosphere that at least made the original watchable. It’s just another bland piece of studio hackwork made to capitalize on name recognition. – Steven Potgeter

So there you have it. The 10 worst horror movie remakes, ever. Agree or disagree? Be sure to tell us in the comment section!