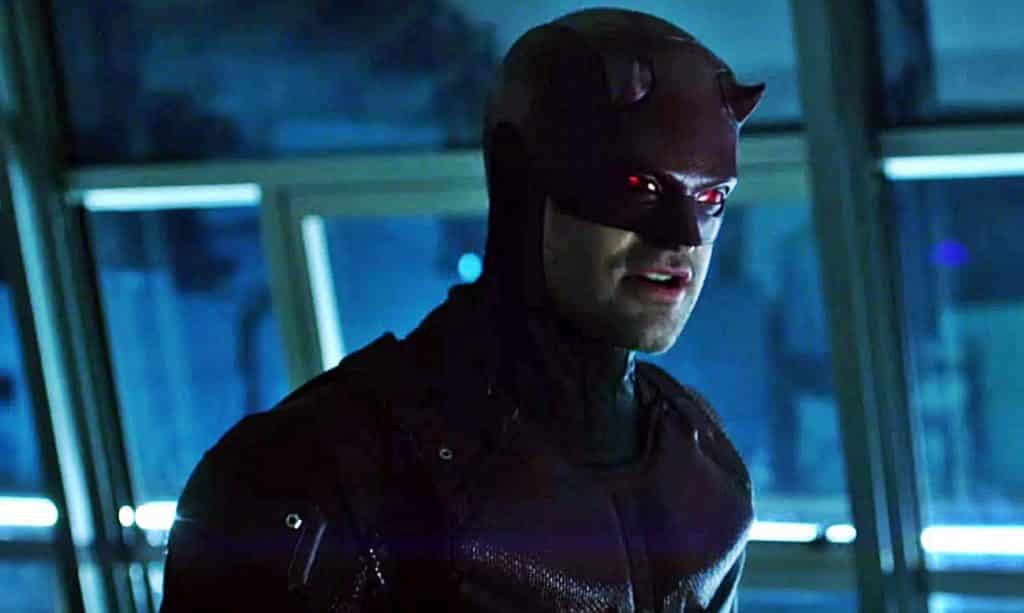 As if it wasn’t exciting enough that Season 3 of Marvel’s Daredevil will be arriving earlier than expected on our screens before the end of this year, a leaked production still that has appeared online this week has sent fans into an utter frenzy. The image seems to depict a fully recovered Matt Murdock dressed in his original black suit, whilst a second unknown male can also be seen in the shot wearing what appears to be the traditional Daredevil red armored suit.

Some commentators have taken this to potentially be an agent of Wilson Fisk, impersonating Murdock in order to frame him – but there’s another more likely explanation…

Wow. One photo of Daredevil season 3 and my hype level is sky high. pic.twitter.com/D5OZx9xD4t

It’s already been revealed by the show’s producers that Season 3 will be closely following the Born Again imprint. In that storyline, the Kingpin seeks to turn public opinion against The Man Without Fear by having a doppelgänger commit a series of high-profile crimes whilst wearing the red costume. Now, whilst that might explain the image that is currently doing the rounds on social media, I don’t necessarily agree. Instead, we think this is more likely to actually be Iron Fist impersonating his fellow Defender, rather than any of the bad guys.

The final episode of the Defenders series saw Matt apparently sacrificing himself in order to save the rest of the team. This noble act seemed to deeply affect Danny Rand the most of all, who seized on Matt’s final words of “Protect My City”. The closing shots of the first season found Danny sat alone and brooding up on the rooftops of Hell’s Kitchen, stepping up to protect the area in Matt’s absence. 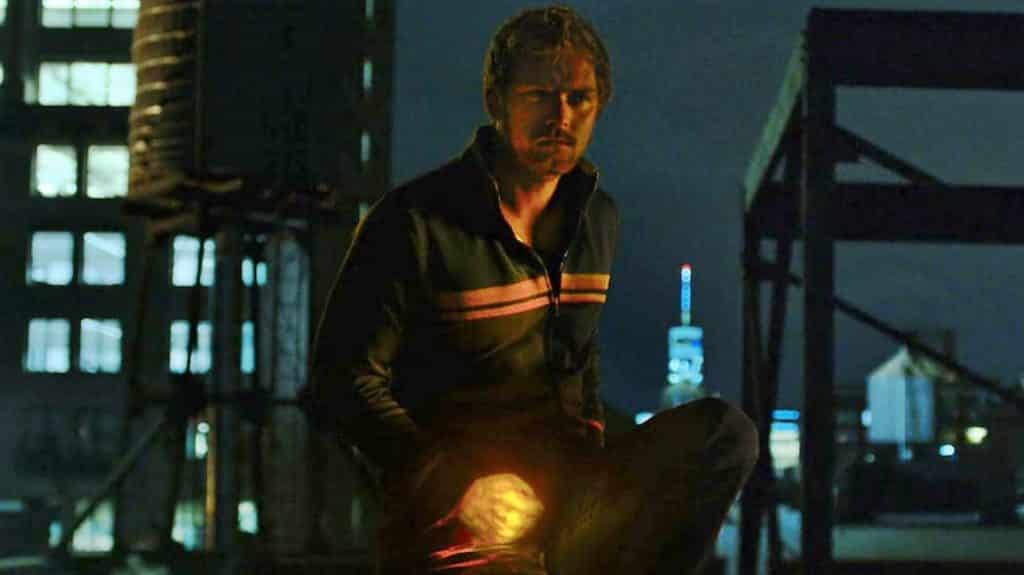 We believe that a natural progression of this act will be for Danny to commission and wear a replica of the Daredevil suit. He will do this in order to keep up the pretense that Daredevil is still alive, and to stop the criminal underworld from running amok in the wake of the vigilante’s disappearance. Not only is Rand a physical match from Murdock, but he’s also one of the few people able to technically replicate Daredevil’s unique fighting style.

It that sounds far fetched, it shouldn’t. In the original source material, Iron Fist would regularly step in to substitute for Daredevil in the character’s absence. The original Civil War storyline also saw Rand serving as part of Captain America’s team of non-conformists, wearing the Daredevil suit to ensure that the criminals of Hell’s Kitchen remained in fear of the absent blind superhero.

Assuming we’re correct, and this isn’t in fact Wilson Bethel’s new mystery character (believed to be the MCU version of Bullseye), the scene in question will actually end up being a happy reunion between the two Defenders once Matt has recuperated, and nothing more sinister. Either way, it will all become clear when the new season lands on Netflix towards the end of this year.

Doctor Strange The Key To Reuniting Iron Man And Captain America In ‘Avengers 4’?
‘Watchmen’ Pilot Has Officially Been Picked Up To Series By HBO
Advertisement
Advertisement
To Top