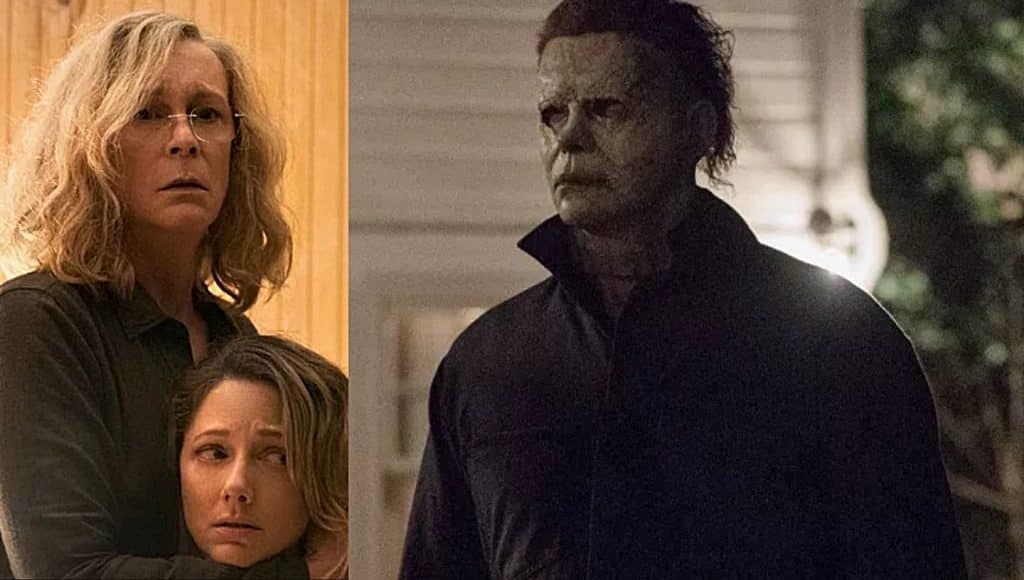 David Gordon Green’s Halloween movie revival is going to be released in October and fans are soaking up all of the promotional material in the mean time. Plenty of images have been released alongside the trailer and so far people seem impressed. This sequel takes the franchise back to its origins, ignoring all of the other sequels, it follows on directly from the 1978 original. In a recently released promo image and eagle-eyed fan has noticed a nod to John Carpenter’s original film.

The image features Jamie Lee Curtis as Laurie Strode and Judy Greer as her daughter. The two are holding onto each other with fearful expressions in anticipation of Michael Myers‘ return. As it turns out, Laurie Strode isn’t the only familiar thing about the image. Hanging up on the wall is a sombrero, but not just any sombrero. The hat looks like the very same one that hung on Laurie’s bedroom wall in the first movie.

I know we’ve all seen that new photo, but did anyone notice this shit?!! #halloweenmovie #LaurieSombrero #FeelsTheseNipsEvenMore pic.twitter.com/3MM8iv2CBS

Although the new Halloween doesn’t follow the timeline of the sequels, David Gordon Green had this to say:

“This film isn’t one to narratively recognize any of the films other than the original Halloween, but we very much enjoy the other films and there’s a lot of very subtle shout-outs to a number of things that I think the big fans — the people that know the films scientifically — will get a kick out of, hopefully.”

So I’m sure this hat is just the beginning of the Halloween Easter eggs, and I can’t wait to see what other references have been included in this new installment.

Watch Michael and Laurie in their final confrontation, on October 19.

Did you spot this Halloween easter egg? Let us know your thoughts in the comments below!

‘Avengers: Infinity War’ Would Have Been Thor’s Movie – If Not For One Big Mistake
‘Avengers 4’ Rumored Plot Leak Points To An Epic MCU Finale
Advertisement
Advertisement
To Top