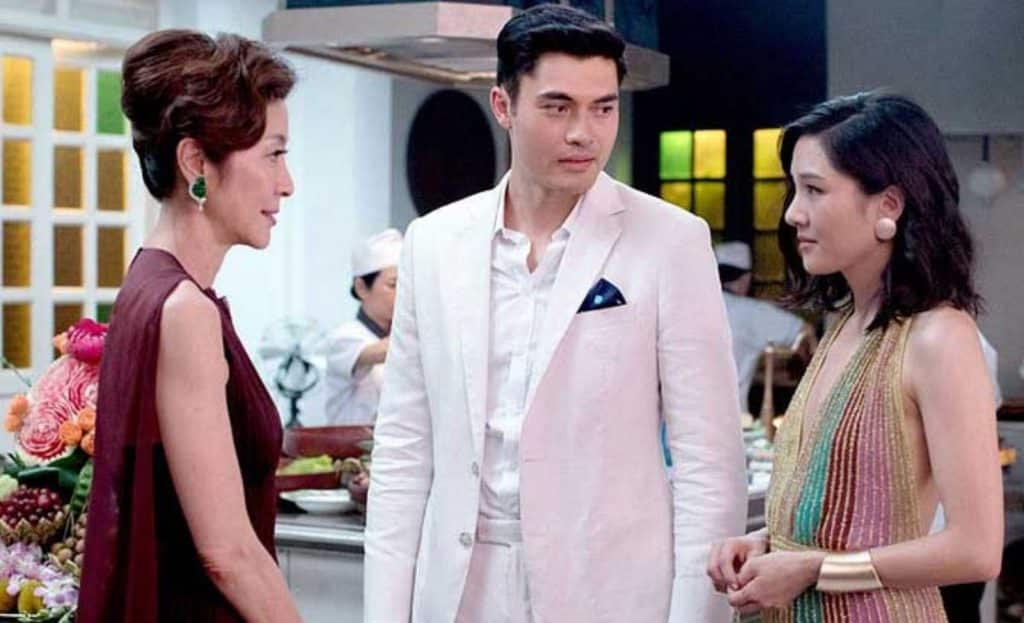 To say the romantic comedy has struggled over the years is an understatement. After years of having fairly generic and mostly bad entries in the genre, Hollywood appeared to just give up on the genre entirely. The most success the genre has had recently is with Netflix, as this summer’s Set It Up became an oasis for rom-com fans starving for more content. Looking to continue the rom-com winning streak is Crazy Rich Asians, which is also substantial from a diversity perspective as the first Hollywood film since The Joy Luck Club to feature a predominately Asian cast (25 years ago).

The film follows Rachel, who in a trip with her boyfriend Nick discovers that he is from one of Singapore’s wealthiest families. She then has to face the immense pressure of being in the limelight while also dealing with Nick’s less-than-approving family.

Unlike so many failed attempts before it, Crazy Rich Asians imbues so much joy to its audience, doubling as a more-than satisfying rom-com as well as a smart portrait of cultural differences.

Where most rom-coms fail to add a cinematic spark, director Jon M. Chu thrives at adding a visual spark to the film. He in particular thrives at capturing Rachel’s perspective, portraying the whirlwind of her fish-out-of-water status in Nick’s family. The pure excess of wealth for the Young’s is full on display, with Chu creating larger-than-life parties and setpieces that have the audience feeling Rachel’s wonderment. I also credit Chu for perfectly playing each dramatic beat, never drowning these crucial scenes with over the top score or overly-sentimental filler.

Much of the film’s charm is derived from its cast, with Constance Wu in particular being the highlight. As Rachel, Wu has an effervescent charm that pops on screen, never delivering a false note throughout the film. Wu makes Rachel a well-rounded protagonist who the audience feels for through each up and down. Henry Golding, Michelle Yeoh, Lisa Lu, and Gemma Chan all deliver exceptional performances as well, with Yeoh stealing every scene with her searing cold presence.

Scribes Adele Lim and Petere Chiarelli also bring their A-game in adapting Kevin Kwan’s novel. While the film could have easily gotten away as a charming rom-com, its rewarding to see the film analyze different cultural dynamics, as Rachel becomes an outcast by her own race due to belonging to a different culture. The battle of personal dreams verse your obligations to family and friends is also well-implemented in the film, with both aspects adding much-needed stakes and agency to the characters.

Crazy Rich Asians thankfully ends the summer movie season with a romantic comedy that equals in both brains and heart.

Continue Reading
You may also like...
Related Topics:Crazy Rich Asians

‘The Happytime Murders’ Review: Not As Bad As Everyone Says
‘Ozark’ Season 2 Review: These Are Not The People To Do Business With
Advertisement
Advertisement
To Top