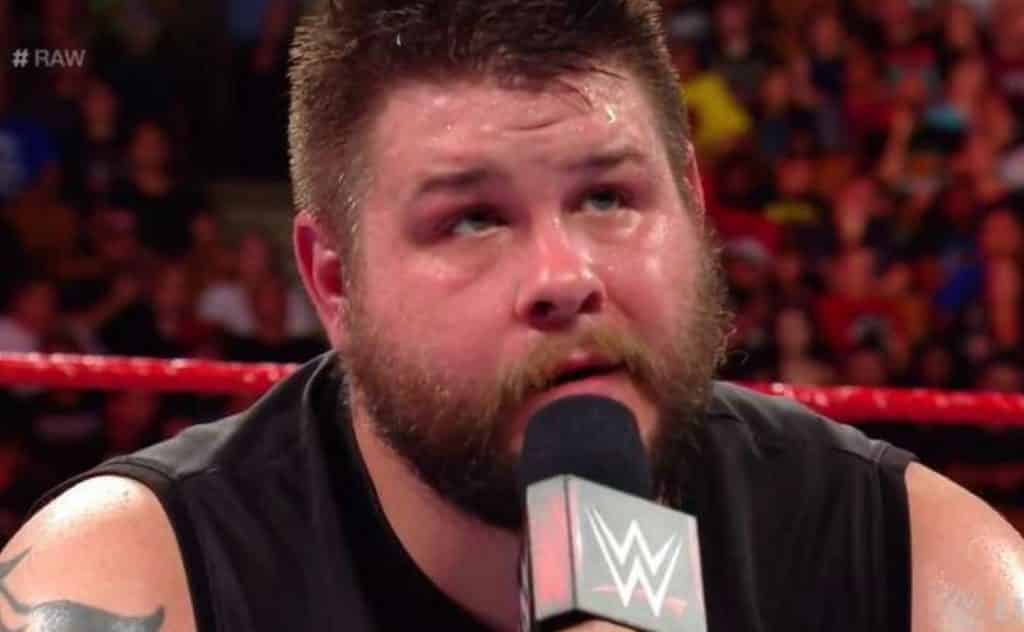 Throughout the history of the World Wrestling Entertainment, many superstars have come to the ends of their ropes and quit or retired on air. Well, now, it would seem that we have a new name to add to that list: Kevin Owens.

During the August 27th edition of Monday Night Raw, Kevin Owens accepted Seth Rollins open challenge for the Intercontinental Championship. Owens hasn’t exactly had an easy go of it since his return to Raw during the Superstar Shake-Up. In a long feud with Braun Strowman, Owens has been brutalized over and over by the ‘Monster Among Men’, being thrown off of 20 foot ladders, launched off the top of a steel cage through an announce table, and even getting knocked off a stage while in a Porta Potty.

However, it seemed that Owens had a plan for SummerSlam, one that would include not only beating Strowman, but taking his Money in the Bank Contract as well. Unfortunately, K.O. was brutalized yet again by Strowman, being beaten in just two minutes.

So, Owens, a fellow Canadian himself, took this challenge opportunity in Toronto against Rollins to get everything back on track. After a back and forth match that brought the house down, Owens came close, but ultimately lost to a Rollins Curb Stomp. After the match, K.O. refused to leave the ring, but instead grabbed a chair and a mic and planted himself in the middle of the ring. Sitting in silence for several minutes (there was a commercial break, after all), Owens finally uttered just two words: “I Quit”.

This has sent the WWE Universe and wrestling fans all over the world into a tizzy. Love his character or hate him, Kevin Owens is by far one of the best in ring performers working today.

how long till the “KEVIN OWENS AT ALL IN?” tweets?

Quickly made this, @FightOwensFight is all in?! #Raw. #KevinOwens. #AllIn.

Credit if use.
RTs much appreciated. pic.twitter.com/04otajqYh8

When Kevin Owens quit just before ALL IN #RAW pic.twitter.com/sIjly5m5SV

me when Kevin Owens quit but then heard Trish Stratus’ giggle:#RAW pic.twitter.com/RhbuHxZkP6

Many feel that this is just WWE’s way of writing Owens off air for a while so he can take a much needed break to physically recover. K.O. does put his body on the line night in and night out, so a break is most likely long overdue. Double that with the fact that his running mate, Sami Zayn, is on the shelf after a double rotator cuff surgery (which Owens did name drop Zayn during his pre match promo), and this time off could help see the brothers in arms return together.

Granted, Zayn could be out as long as until next WrestleMania, and it would seem more likely for us to see Owens return around Survivor Series.

Either way, Owens’ in ring presence will be missed on Raw until he inevitably returns. That is, IF he returns…

What are your thoughts on Kevin Owen quitting? Let us know in the comments below!

Continue Reading
You may also like...
Related Topics:Kevin Owens, WWE