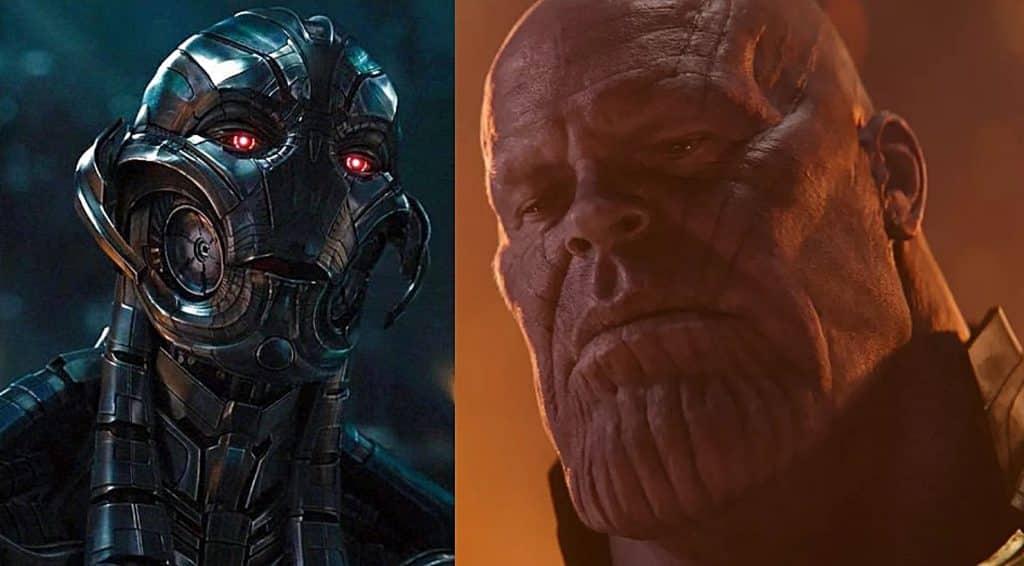 In Avengers: Infinity War, we met the greatest villain in all of the universe, Thanos. The mega powered being was all but unstoppable before getting a hold of the Infinity Stones, but with each stone he collected, his power grew exponentially. Earth Mightiest Heroes weren’t able to stop him from completing his goal of “balance” in the universe, but what if there was someone who could have? Well, according to a theory from YouTuber Ryan Welsh (aka “WebHead”), there is a villain from a previous Marvel Cinematic Universe movie who may very well have been able to stand toe to toe with Thanos, and even win.

Now, if you sat through this theory, I’m sure you’re as skeptical about this idea as I am. One of Ryan’s biggest points, which he more than hammered home, was Ultron’s age. Yes, Ultron was only a few days old when he took on (and ultimately failed against) the Avengers, but if you need to know what time would have done for him, look only to his “child”, Vision.

Looking at Vision’s “growth” through the three films he’s been in so far, his abilities have seem to diminish as his grasp on life and humanity has grown. He seems to hold back more, or has internal conflicts with his abilities.

Now, more than likely Ultron wouldn’t necessarily have “humanity” issues, but his world views would certainly change as he matures. Also, all of this is truly for naught, considering Ultron is dead. If he couldn’t even get past the Avengers, what possible chance would he have had against Thanos?

The Avengers that beat him didn’t have a Scarlet Witch who has mastered her abilities, nor the additions of Doctor Strange, Black Panther, Spider-Man, a stronger Thor, a much more high tech and powerful Iron Man, and the Guardians of the Galaxy.

Regardless of how you feel about this theory, all the speculation and conjecture from fans is only fueling the fire of want when it comes to the still untitled Avengers 4. Come May of 2019, we will finally have all the answers we’re looking for, and maybe some all new questions as well.

What did you think of this theory? Is there another past character who could have beaten Thanos? Let us know in the comments below!