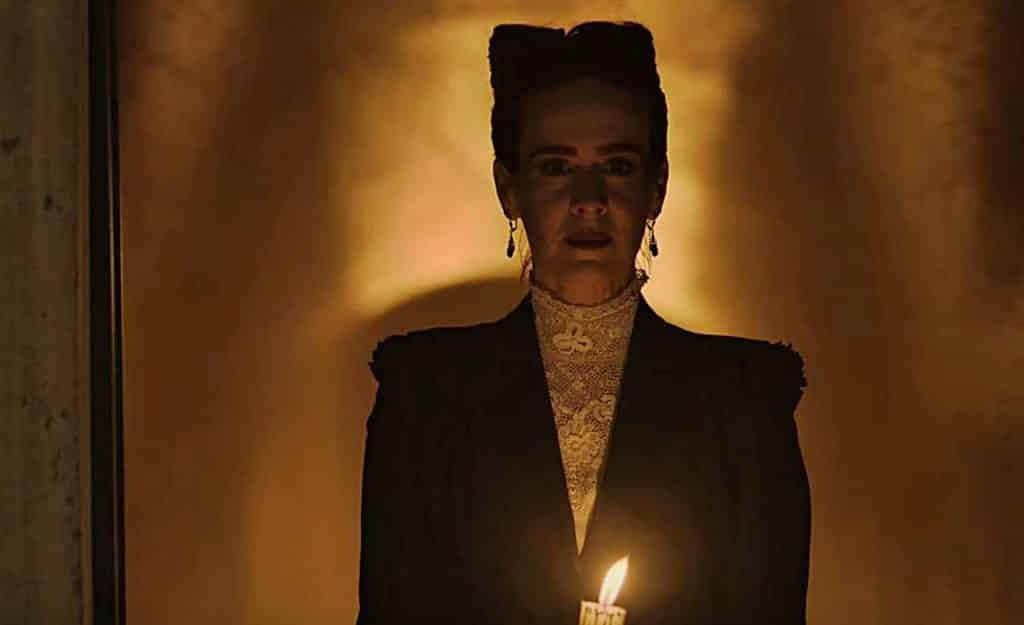 They’re back with a vengence in the new American Horror Story: Apocalypse trailer. The first teaser was released at the beginning of August but that didn’t feature any actual footage from the show, but the newest 30 second clip was full of it. The teaser features a lot of familiar faces, although doesn’t reveal a great deal of information about the plot – the actual trailer below does, however:

We can see from the trailer that the actors must have really had their work cut out for them when filming this season, with some playing their characters from both Murder House and Coven. Evan Peters and Sarah Paulson both had 3 separate roles to play, with each playing a new third character on top of their Season 1 and Season 3 roles.

I cannot wait to see what this season brings. Fans are expecting big things from this ambitious crossover event, and i’m hopeful that Apocalypse will live up to the hype.

American Horror Story: Apocalypse debuts its first episode on September 12 – where many horror fans will definitely be watching.

What do you think of the new trailer? Are you looking forward to AHS: Apocalypse? Be sure to let us know all of your thoughts on the trailer and the show in the comments down below!