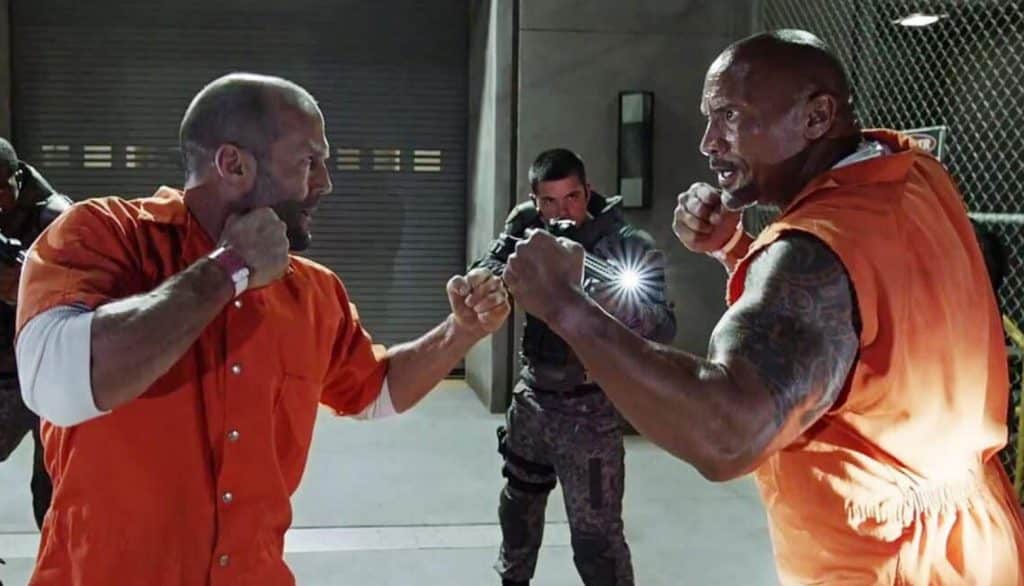 After a seventeen year run, the Hobbs and Shaw spin-off looks to bring a completely new dynamic to the Fast and Furious franchise. With Deadpool 2 director David Leitch behind the camera, as well as dynamic action stars Jason Statham and Dwayne Johnson staring on screen, many have been anticipating how this film can add to the brand.

While we still have nearly a year to wait till we get to see the final product, star Dwayne Johnson was excited to share a first look into the film as well as hype up the film’s prospects:

While this photo may not be the exciting preview fans desire, its good to see just how much passion Dwayne Johnson has for this project. Johnson has had a notably down year for his standards, with both Rampage and Skyscraper under-performing at the box office. Personally, I don’t blame Johnson for either of those films’ performance, as no actor can ever bat .1000% at the box office. Considering he has this film along with Disney’s Jungle Cruise opening next year, it looks like he will rebound in a big way.

As far as Hobbs and Shaw’s prospects, I could not be more excited for this film. While Johnson is the obvious box office draw, Jason Statham still is one of the most dynamic action stars around. Their chemistry in The Fate of the Furious was arguably the best aspect of the movie, and I can’t wait to see the duo go against Idris Elba.

Hobbs and Shaw is scheduled to hit theaters on August 2nd, 2019.

One Major ‘X-Men’ Cast Member Probably Done With Franchise For Good
‘IT: Chapter 2’ Will Feature Crazy Scene From Stephen King’s ‘IT’ Novel
Advertisement
Advertisement
To Top