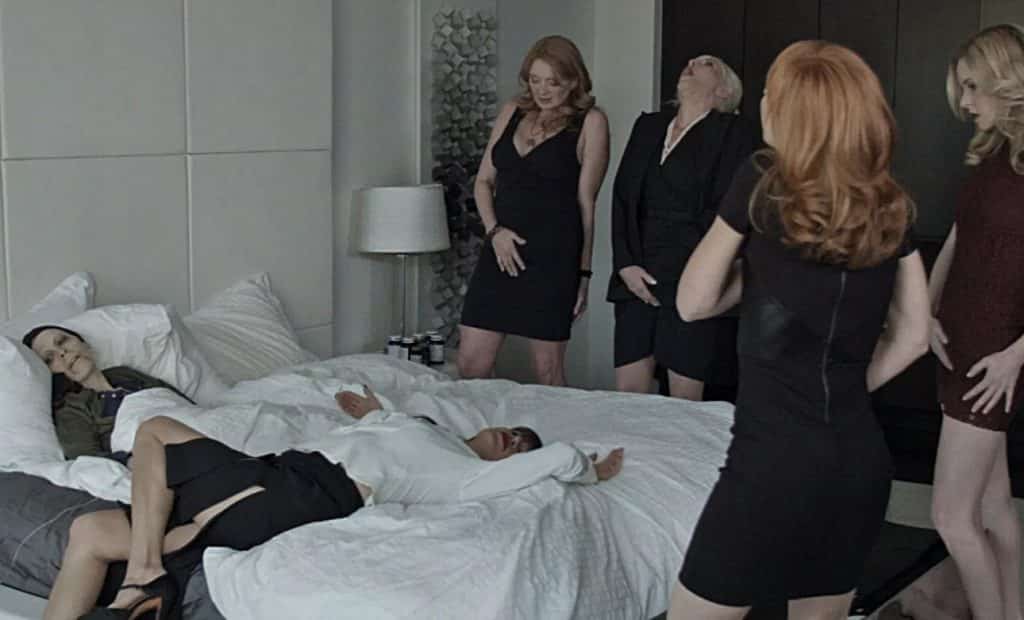 The man that disturbed the world with The Human Centipede is back at it again. Tom Six’s upcoming project is called The Onania Club and although it’s nothing to do with the body horror of the director’s previous franchise, you shouldn’t relax just yet. The new movie will disturb and shock in a different way, with Tom  Six confirming that this will focus on psychological horror. Following the release of a teaser trailer a while ago, new images from the movie have now been shared.

In a statement released before the trailer, the director said this about the film:

“My latest movie, The Onania Club, deals with human vileness on many levels, its main theme is ‘schadenfreude’, an emotion that philosopher Arthur Schopenhauer called: ‘the most evil sin of human feeling’ and ‘diabolic’. Where The Human Centipede trilogy is mostly body horror; The Onania Club deals with this pure psychological horror.”

If the promotional material thus far is anything to go by, it very much looks like Tom Six is keeping true to his description of the move.

The Onania Club doesn’t have a specific release date but it will be later on this year.

What do you think of these new images? Will you be watching the movie when it’s released? Let us know in the comments!

Continue Reading
You may also like...
Related Topics:Horror, The Onania Club, Tom Six