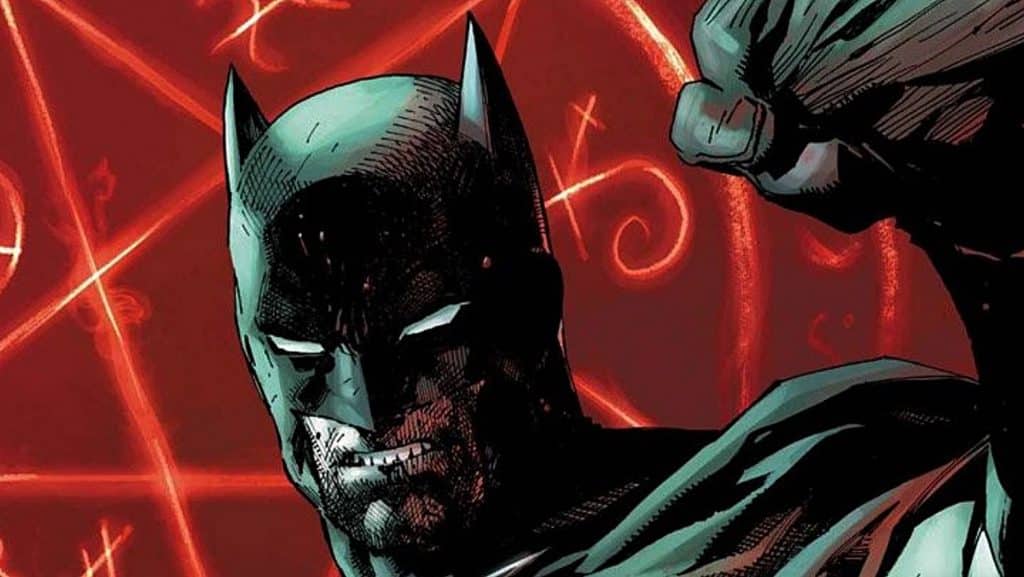 It’s long been argued that whilst Marvel are far and away the best company for adapting their original source material into successful cinematic projects, DC Comics still stand head and shoulders over their rival in terms of the quality and creativity that actually go into the comic books themselves. Whilst Marvel tries to battle falling publication sales, DC continues to experiment with innovative and entertaining storylines, but it seems even they draw the line at allowing Bruce Wayne otherwise known as Batman – to get his penis out in print.

The recent backlash against Marvel trying to crowbar and shoehorn characters from ethnic and LGBT backgrounds into their storylines seems to highlight the lack of wider vision at the company. The fan community hit back, and hit back HARD at what were perceived to needless politically-correct changes to some of their most beloved characters. Meanwhile, on the other side of the street, DC have been trying to find more and more outrageous new ways to depict their heavy hitters.

For Batman in particular, recent mainstream storylines have proven pretty damn traumatic. The Metal saga saw reality invaded by an army of twisted Batmen from neighboring dimensions, all of whom had jumped into the abyss headfirst where Batman Prime had stepped back from the brink. There’s also been the White Knight storyline, which saw Joker temporarily replacing Wayne as Gotham’s protector.

But even these tawdry tales are nothing compared to the recently released Black Label imprint, which is where penis-gate is currently playing out.

never thought i would see batman’s penis one day pic.twitter.com/i0wBdHf7Wc

Black Label was launched as a vehicle for DC’s finest to insert the company’s characters into non-canon and standalone stories, each designed to shock and fix in the mind of the readers. The project’s aim was to try and recapture the success of titles such as The Killing Joke, Dark Knight Returns and Watchmen, and a common theme in the stories is the death of the Joker, and Batman adapting to life without the Crown Prince Of Crime.

This is certainly the case in Batman: Damned, where Bruce and John Constantine must cope with the supernatural fallout of Joker being found murdered in the middle of Gotham. It’s a story that’s immediately courted controversy with the decision by creators  Brian Azzarello and Lee Bermejo to show Batman slipping out of his batsuit in the opening panels, penis waving around in the breeze as he does so. 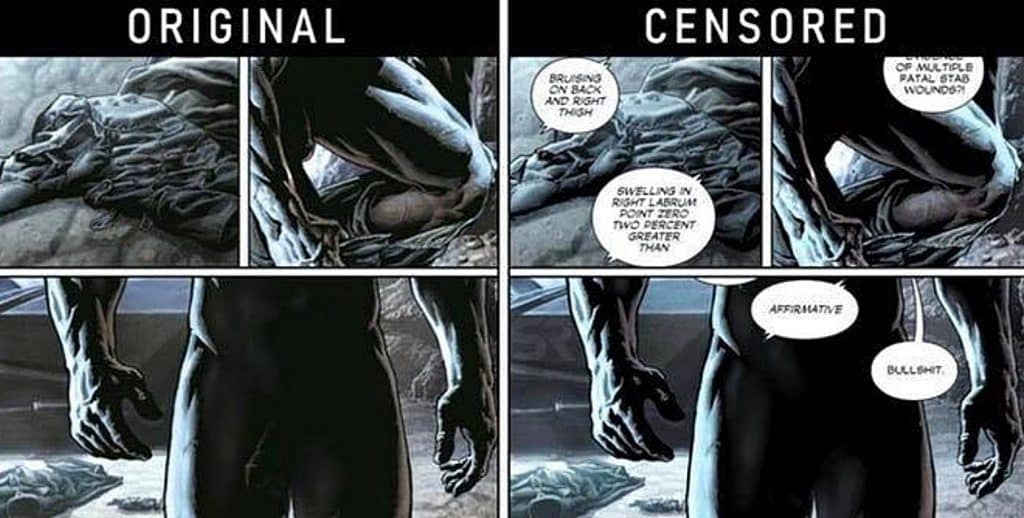 This reveal promptly sent the internet into overdrive:

Tuesday: I read a description of the president’s penis.

Wednesday: I read a Batman comic that showed me Bruce Wayne’s penis.

Thursday: Praying for a penis-free day.

Hey if you ever wanted to see Batman’s penis in a comic, this is you lucky week.

Who called it “Batman’s penis” and not Lil’ Wayne

So…… what did everyone think of Batman’s penis?

So Batman has a penis that looks like a Super Mario character and punches elderly women, right?

The uproar over Batman penis is absurd.
I want to buy the title on principle to support nudity.

This week started with a controversy over the sexuality of Muppets and has moved on to Batman’s exposed penis. I’m terrified to find out what’s up next.

While I understand some of the concerns around the content, is anyone really shocked that Batman has a penis? #batmandamned #adultlineofcomics

Can we get an entire story line based on Batman’s penis? I think it’ll be really progressive and it’ll be good for the kids.

They show Batman’s penis in the latest comic. I hear it looks like Toad from X-Men.

Everyone shut up about Batman’s penis.

I’m just gonna say it: Between “Toad” and Batman, there has been too much penis in the news this week.

my greatest hope is that when they finally show joker’s penis too, batman and him will have a “sword fight” with them that will go down as one of their greatest battles

So… isn’t this whole “seeing Batman’s penis” thing kinda like DC sending everyone a dick pic?

excited for the new narrative possibilities brought on by the first sight of batman’s penis, such as:
someone going to have sex with bruce wayne and then going “wait! that’s batman’s penis!” and figuring out his secret identity that way

You all made me google “Batman penis”

If you’ve ever wonder how well-endowed The Dark Knight actually is, the answer is ‘adequately’, but don’t get rushing to any online retailers or publishing apps to download a copy, as the company decided the move was a little too mature for their readers, and elected to airbrush Bruce Wayne’s wang out of the comic’s digital imprint. So unless you can get to a comic books store and snare a physical copy of the comic, you won’t be able to see what all the fuss is about.

The relative ease with which Bermejo has been able to remove the offending article teases that perhaps this was a bit of a PR stunt by the company, which they were easily able to rectify in the event of a public outcry that never materialised. Regardless, it’s nice to see physical imprints of a comic book garnering publicity in a world where the focus of comic book news is now on the films, rather than the original stories themselves.