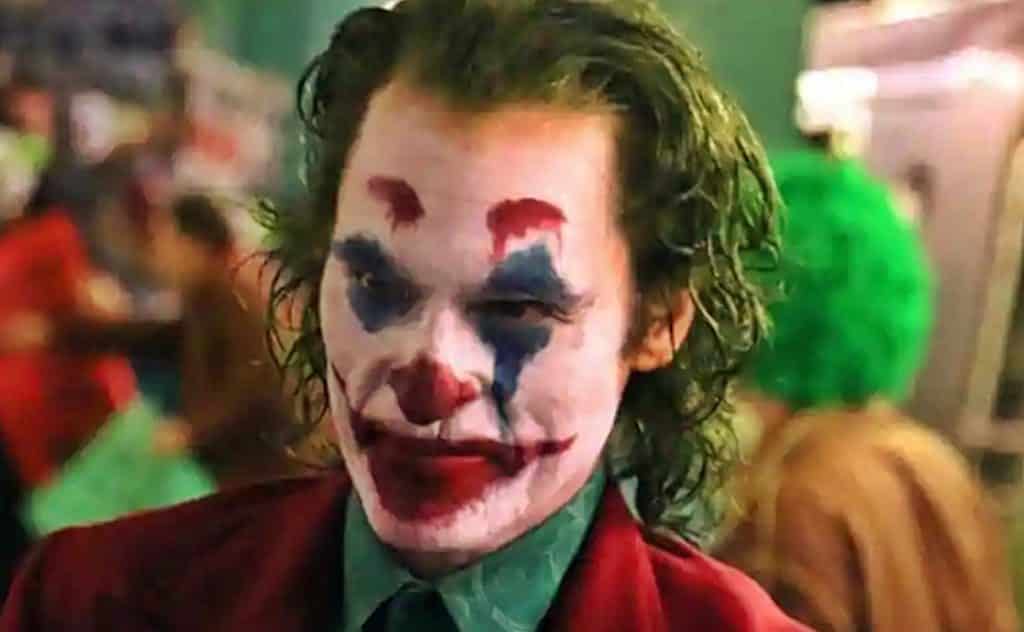 It was not too long ago we got all fired up with the first reveal of test footage on Joaquin Pheonix’s Joker in full make-up. Just earlier the internet also ended up getting a look at Pheonix’s behind-the-scenes shooting as Arthur Fleck. Now with a third stroke of luck, we have just hit another behind-the-scenes shooting, this time what seems to be him as The Joker himself.

YouTube user Malcolm Latino uploaded an on-set video (linked below) depicting a scene being filmed for the upcoming film. The short clip shows a subway station, where the train opens its doors with people frantically running. A number of people are also dressed in clown attire and masks and some individuals are seen fighting in a dog-pile in the background.

Among the chaotic outbreak happening at the station, our iconic clown prince of crime steps out, taking off a clown mask of his own, revealing his make-up and a jovial expression as he passes by the camera. You can also notice earlier on one of the signs being held by a person saying “Kill The Rich”.

Upon inspection of crowd reactions in the shoot, this may actually be what Pheonix’s Joker will actually wear. We’ll let you be the judge of that as you can check out the footage below:

Just earlier this week, Warner Bros. has issued a press release, identifying the full cast and minor details on the film:

The movie is scheduled for release on October 4th, 2019.