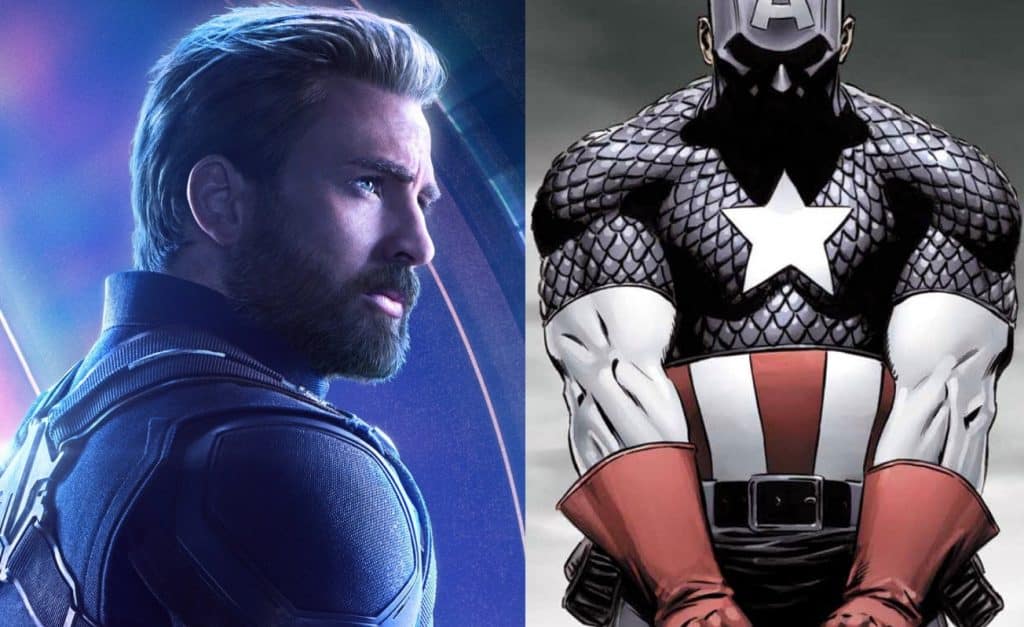 While we’re yet to see any actual official first look at Avengers 4, as the title of the film hasn’t even officially been revealed, that hasn’t stopped the leaks from coming. We’ve seen set photos, videos, and promo art which gives us an idea of what to expect. The latest leak, gives a very up close look at Captain America’s new costume for the movie, and MCU fans are definitely going to enjoy it – as it’s similar to the costume worn by the character in Captain America: The Winter Soldier.

Leaked pictures of the new #CaptainAmerica for #Avengers4 and we have the scales. Steve’s getting back to the classic Cap look and I love it. Can’t wait to see what shield he’ll be using. pic.twitter.com/ARg3rqn9Ky

The First Look at Chris Evans in his new Captain America costume for Avengers 4. It has more fish scales than ever! pic.twitter.com/MHXwJKJ6XA

The First Look at Chris Evans in his new Captain America costume for Avengers 4. It has more fish scales than ever! pic.twitter.com/MHXwJKJ6XA

New Captain America armor for Avengers 4! Could this be a tease of a tragic event in the film? #CaptainAmerica #Avengers4 #MCU pic.twitter.com/yIBkoTcUFh

The film is set to be one very epic movie, as Chris Evans has said it’ll be the last time he will be playing the character. Evans has said he’ll miss it:

Fans are hoping that if this is his last appearance, that he gets the happy ending that he deserves. The movie is going to be one very emotional experience, and an end to something started 10 years ago in 2008’s Iron Man.