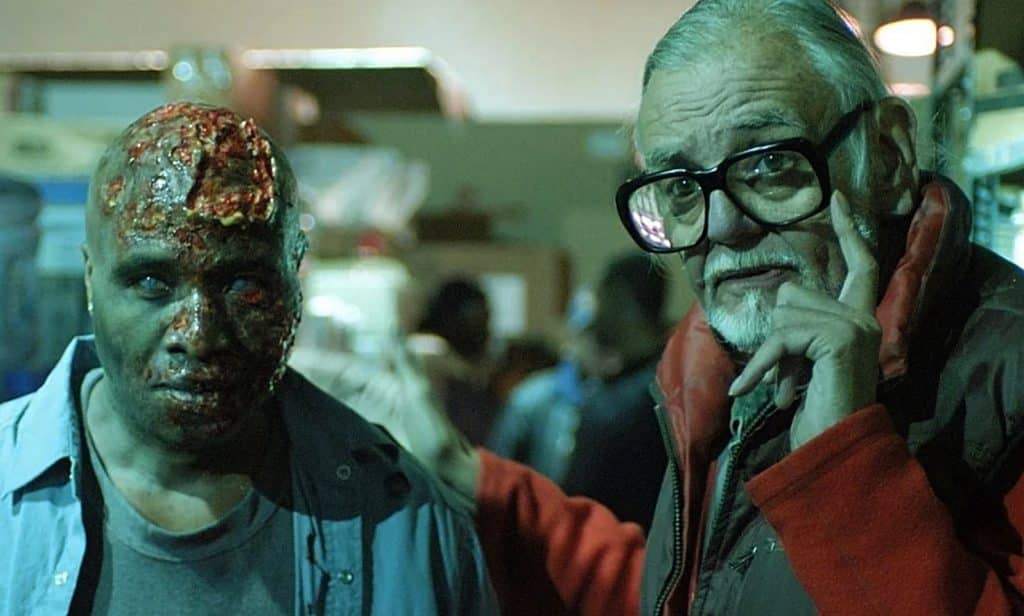 The summer of last year will be one that is remembered by horror fans for a sad reason. It was the summer that one of the greatest minds of the genre was lost, in George Romero, as he passed away at age 77 He was the man that brought us 1968’s zombie classic, The Night of The Living Dead and 2005’s Land of The Dead. Although it would seem that we haven’t seen the last of the iconic filmmaker’s material just yet. His widow, Suzanne Desrocher-Romero, spoke recently about all of the scripts that he left behind.

In a recent interview with ComicBook.com, Suzanne Desrocher-Romero spoke about upcoming projects from the mind of her late husband. About his unfinished novel, The Living Dead, she said:

“Dan [Klaus] is fervently rewriting as we speak, Also, George has many scripts. We have very many scripts that he’s written. And so, you just never know what’s gonna pop up.”

Before his passing George A. Romero was working on Road of the Dead, and according to his wife we should still expect to see it. She said:

“That’s in the works I think. I think it’s sputtered a little bit, but we’ll see what happens, but we have a lot. George was a prolific writer. He loved to write, and we have 40, 50 scripts that he’s written, and a lot of it is very good. He had a lot to say, and he still does, because I’m gonna make sure that he does. It’s my mission.”

However, possibly the most exciting thing that Suzanne Desrocher-Romero revealed, is the upcoming release of a movie that was originally shot in 1973. About the restoration and release she said:

“We have a film that he shot in 1973 that most people haven’t seen. A handful of people have seen this film, We’re gonna restore it, and we’re gonna show it to Romero cinephiles. It’s a scary movie, but it’s not a horror movie, and it’s about ageism. Anyway, he has a cameo in it, and it’ll be fun. And we’ll show the movie, or get it distributed. It’ll be a project that the foundation’s gonna do. I think it’s the first project we’re gonna do actually. A lot of people are like, ‘Oh, my God, I can’t wait to see it.’ And I go, ‘It’s not a zombie movie now, remember.’ And what’s also terrific is that you see his footprint. You see how he shoots and the story. It’s a unique find. I’m so happy I have it.”

So it definitely looks like we haven’t seen the last of George Romero’s work, which is certainly a blessing.

Are you ready to see more of George Romero’s scripts developed into movies? Let us know your thoughts in the comments!

Continue Reading
You may also like...
Related Topics:George Romero, Horror