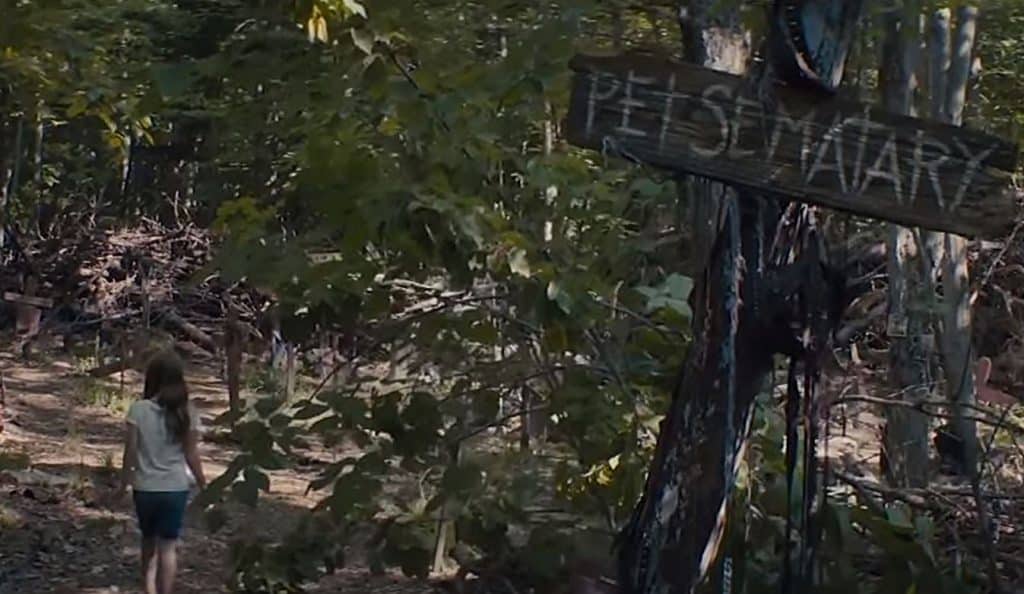 The movie remake of Pet Sematary, based on the very popular Stephen King novel is almost here. We were recently given a first look at the film, and now the first trailer is finally here. It has a creepy vibe and doesn’t give too much away at all.

I don’t wanna be buried there…

Looks bad. Why are they adding so many extra elements that aren’t in the book to try and ramp it up? The original movie didn’t extra bullshit to be scary and unsettling

I know it’s a remake, but I’m down to watch this.

We were also given this poster for the film:

In case you missed it, here are the pictures from the first look:

The first look at Pet Sematary 2019 remake looks very promising! 🐈⚰
Now, this is something will be keeping a close eye on! 👀#PetSematary #PetSematary2019 pic.twitter.com/R8IOSGzMK5

They released the first images from the new PET SEMATARY movie and it looks pretty great, can’t wait to see it!! pic.twitter.com/lfZrTsvdDB

Based on the seminal horror novel by Stephen King, Pet Sematary follows Dr. Louis Creed (Clarke), who, after relocating with his wife Rachel (Seimetz) and their two young children from Boston to rural Maine, discovers a mysterious burial ground hidden deep in the woods near the family’s new home. When tragedy strikes, Louis turns to his unusual neighbor, Jud Crandall (Lithgow), setting off a perilous chain reaction that unleashes an unfathomable evil with horrific consequences.

What did you think of the trailer? Will you be watching the film? Tell us your thoughts in the comments!