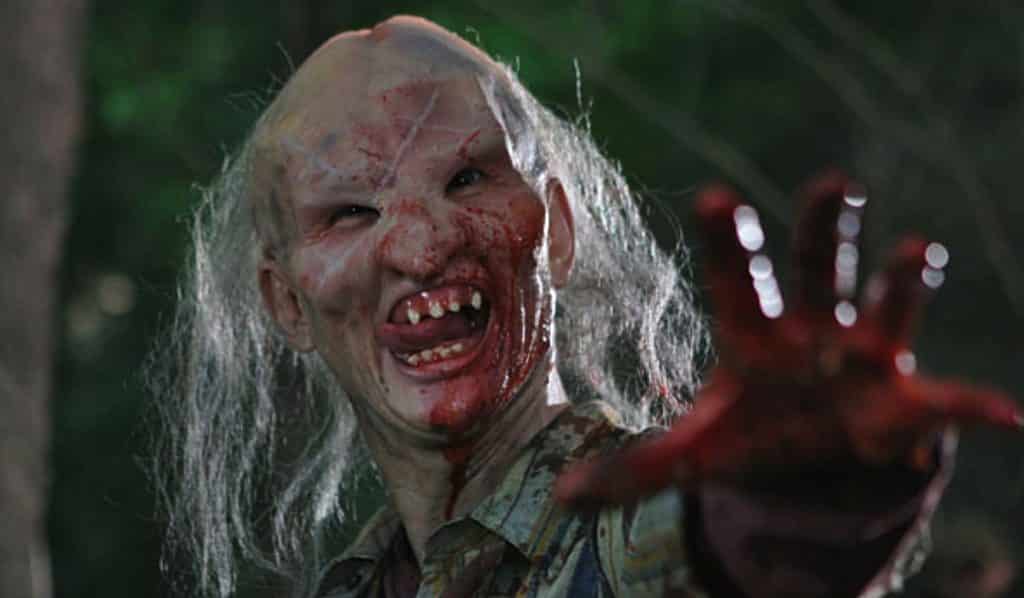 Plans for a new installment of the Wrong Turn franchise were recently revealed. Although not a lot of information had been confirmed, it had been speculated that the movie would be a reboot as opposed to another sequel and that Mike P. Nelson was a possible candidate to direct the movie. Now some of the speculated details have been confirmed, and new information regarding the project has been shared.

Deadline have confirmed that the movie will indeed be a reboot and Mike P. Nelson will be sitting in the director’s chair. They also revealed that the script will be written by the franchise’s creator, Alan McElroy. Constantin Film’s Robert Kulzer will be producing alongside Martin Moszkowicz executive producing.

As far as the plot goes…

“The updated version is described as a timely and topical meditation on society and its issues. A cross-country hiking expedition puts a group of friends in the land of an inclusive society, where they soon discover they are under a different rule of law, and may not be the victims they thought they were.”

About the story, Robert Kulzer said,

“Alan’s re -interpretation of his own work and Mike’s vision are a frightening reflection of our world today: one person’s American dream is another’s worst nightmare.”

By the sounds of things this new installment will definitely take the franchise in a new direction with fresh ideas, and that’s probably for the best. The later Wrong Turn sequels got tiring and lost a lot of the appeal that the initial movies had by repetition, empty gore and weak storylines.

What are you expecting from the Wrong Turn remake? Let us know your thoughts in the comments down below!