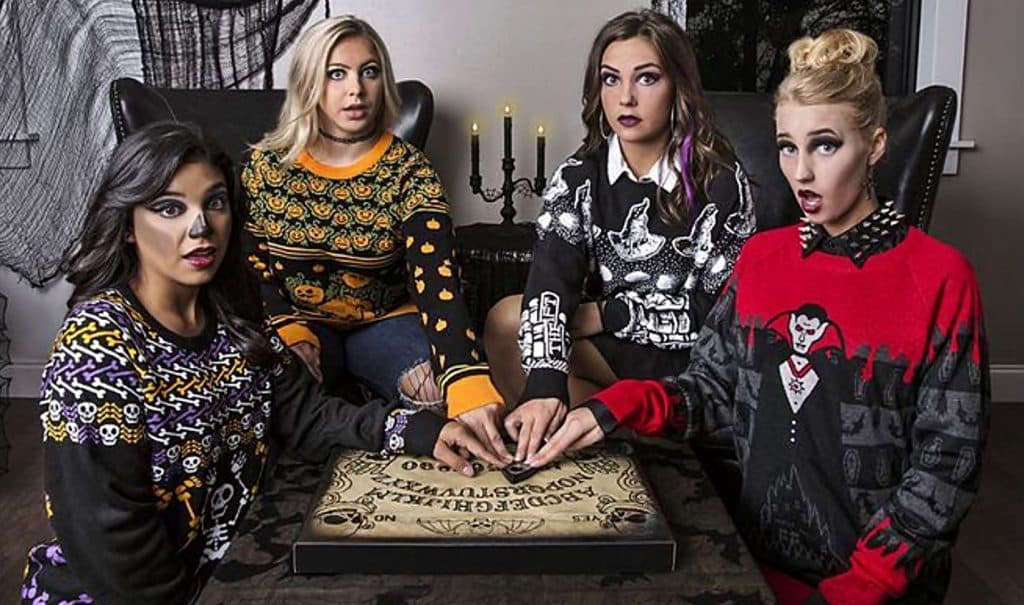 Autumn has officially begun and so the season of fires, hot chocolate and woolly jumpers is here. We are also fast approaching the spookiest holiday of the year, and if you are too old for trick or treating that doesn’t mean you shouldn’t still treat yourself this Halloween. What better way to celebrate this year than a Halloween themed jumper to keep you warm on these colder nights?

If that sounds like something you want then HalloweenCostumes.com have your back this year. They have a new range of ugly Halloween jumpers that feature loads of seasonally appropriate imagery. Featured on the jumpers are skeletons, witches hats, cauldrons, pumpkins, vampires and Frankenstein. They come in colorful options or black and grey if that suits you better.

If you don’t feel like wearing a costume this year but still want to were something creepy these jumpers are a super cool idea. most of them are around $40 and you can get some for children, too.

If these don’t tickle your fancy, you might want to check out the sweater section on Middle of Beyond. They feature loads of horror themed jumpers including Evil Dead, Halloween, Friday the 13th, Elvira and The Twilight Zone. Woolly jumpers don’t only have to be for Christmas, or Halloween for that matter. I would have no problem wearing these all-year-round, weather permitting of course.

For those of you in a climate too warm for a jumper Middle of Beyond also feature a range of movie shirts and other clothing, featuring films like Bill and Ted, Rambo and Alien.

What do you think of these jumpers? Let us know in the comments!