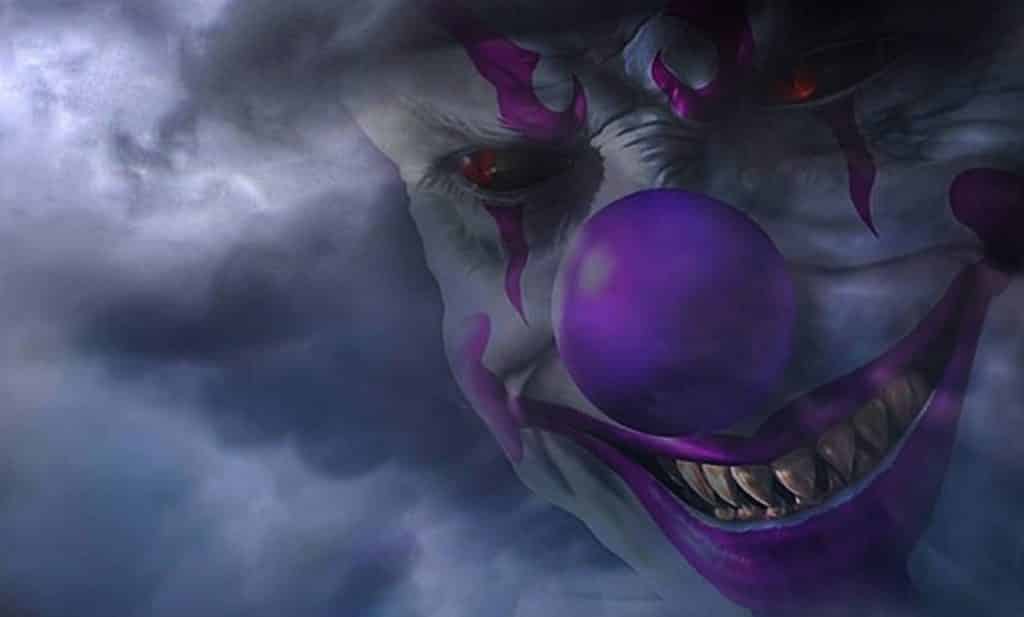 The film comes from Todd Sheets, best known for directing (scans IMDb) Bonehill Road and other features. As you may gather from the film’s title – An unholy union of one of nature’s most feared natural events and those creepy guys you find hanging around fast food restaurants making children fat – although strangely, it looks as though you don’t actually see any clowns flying around in said tornado! Kind of a let down!

The film itself does have the definitive look of the usual low budget horror film – poor cinematography, over the top acting and a ridiculous amount of gore, which to the film’s credit is 100% practical.

The film does look as though it will do well with the SyFy Channel crowd who enjoy getting high and watching these types of films and may actually go on to spawn its own Sharknado style franchise. You can check out the film’s plot summary below.

The goal with CLOWNADO is to make a damned good, scary and splatter-filled, nonstop roller coaster ride of a Horror movie. It’s something new, fresh, original and unique but also familiar. Using only Practical Special Makeup Effects and old school styled Visual Effects, CLOWNADO has the vibe of Classic Horror movies we love. Think Evil Dead, Dead Alive, Bad Taste and Texas Chainsaw Massacre if Lucio Fulci was directing, all mixed in a swirling storm of insanity.

Now add in scary supernatural Clowns and the cinematic visual style known as FILM NOIR. – intense composition with shadow and light. – and a bit of that incredible John Carpenter suspense (John was also influenced by Noir classics). – and you have an Ambitious, Over the Top Gorefest Epic!. Don’t judge a book by it’s cover – This is certainly no comedy.

You can check out the film when it is released – sometime.

What do you think? Will you be checking this out? Are Clowns or Tornadoes scarier? Let us know below!

Continue Reading
You may also like...
Related Topics:Clownado, Clowns, Horror