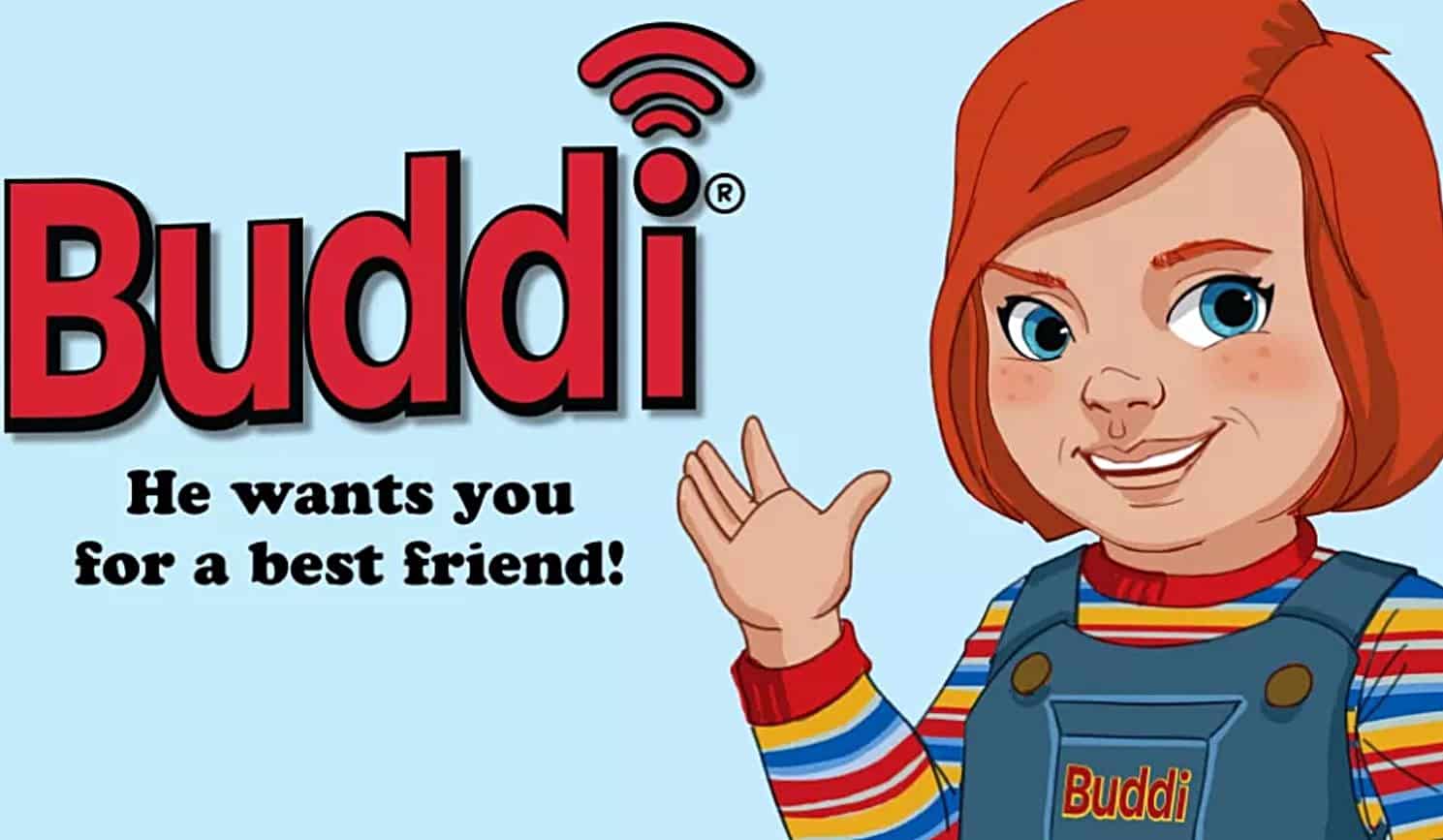 Child’s Play is an upcoming remake that many fans seem pretty divided on, but after the success of last year’s IT movie, it’s no surprise that it’s happening. It’s currently filming, and aside from a couple of teaser posters and a leak of the new doll that hit the internet, nothing has really been revealed. A new site, however, has given us some information on the new “Buddi” doll.

It should be pointed out that the doll will still be named Chucky, but isn’t a Good Guys doll.

The viral site features a letter from the fictional Kaslan Corporation CEO Henry Kaslan, which reads:

“A message from Henry Kaslan: Hello, friends! At Kaslan, we believe that happiness is about more than just entertainment. It’s about being known. Understood. Loved. It is our global mission to continue to create innovative and interactive products designed not only to educate and entertain, but to spread friendship across each and every household in the form of technological interconnectivity. We at Kaslan take great pride in our unwavering focus to revolutionize technology in ways that positively impact the lives of friends across the world. And this, my friends, is our proudest moment. We’ve taken all of our research and learnings and applied them to create not only the most high-tech and interactive toy on the market, but a companion to be enjoyed by the whole family. Every child is important to us, and every child deserves a best friend, so we at Kaslan made it our top priority to build one. It is with immense enthusiasm and pride that I introduce to you our most cutting edge, technologically advanced Kaslan product to date. Introducing your new best friend, Buddi. Available for pre-order now, Buddi will be joining housholds across the world starting June 21, 2019. Thank you, friends! Henry Kaslan, President and Founder, Kaslan Corporation.”

Some new posters have been released as well:

The only synopsis for the film reads:

Child’s Play follows a mother (Aubrey Plaza) who gives her son (Gabriel Bateman) a toy doll for his birthday, unaware of its more sinister nature.