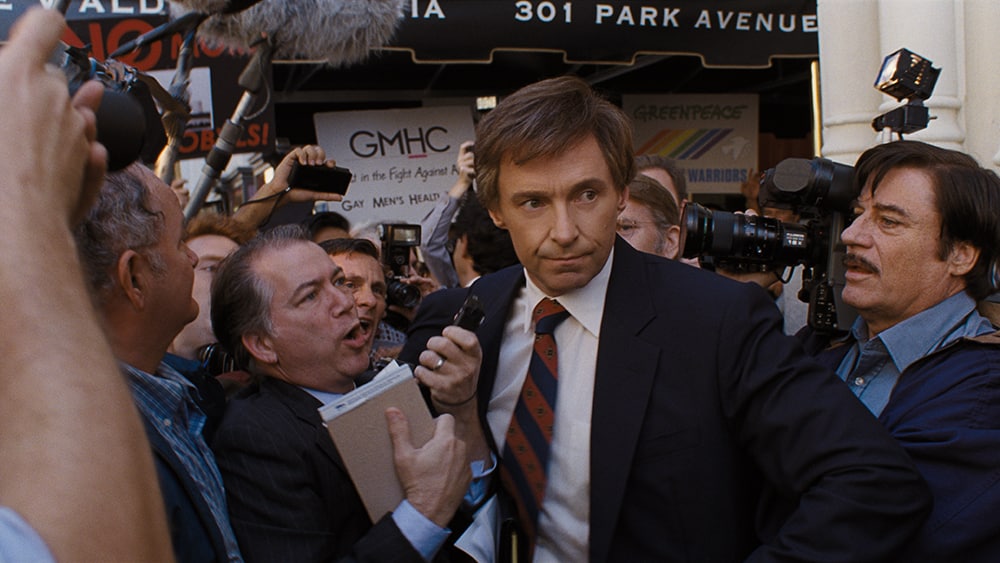 It’s no secret that our country is in some fairly complicated straights politically-speaking, with the growing divide between political parties only making these discussions all the more volatile.  With this being the case, films like director Jason Riteman’s latest The Front Runner are all the more vital in our landscape, especially when they’re inspired as this particular film.

The Front Runner, which is based on true story, follows Gary Hart (Hugh Jackman), a Democratic senator whose idealistic campaign catapulted him to being a favorite for the 1988 Presidential Election. When a potential scandal breaks however, Hart and his political team must work to cover up the story and salvage his chances to become president.

Reviews for this film have been relatively modest (57% rating on Rotten Tomatoes), but I think many critics are overlooking the depth and overall impact of this film. Acting as a well-researched and relevant depiction of politics cutthroat game and the cutthroat journalists who cover it, The Front Runner is an encompassing and well-constructed effort from start to finish.

While Jason Riteman may not be the Hollywood darling he once was with Oscar nominated films like Juno and Up in the Air, he is still an immensely talented filmmaker. Riteman is particularly skilled at putting the audience in his character’s shoes, particularly with Hart. His clever filmmaking during the tense press conference sequences captures the continuous spotlight that Hart endured. Riteman is also adept at balancing his complex narrative, as despite the movie’s long list of characters and subplots, the film is well-paced and gives each of its subjects proper focus. I especially enjoyed how Riteman captures the political landscape, creating lived-in characters and dynamics between Hart and his loyal political team.

Performance-wise, the film’s veteran cast give commendable efforts. Marketing may be overstating Hugh Jackman’s presence in this film, as its less of a star vehicle and more of an ensemble effort. Jackman is quite good as usual, with his charming political appearance quickly turning to boiling rage once the allegations begin. It’s impressive just how many actors make an impression in smaller roles, with Vera Farmiga especially providing key texture and weight to the role of Hart’s conflicted wife. Bill Burr, J.K. Simmons, Molly Ephraim, and Mamoudzou Athie are also quite good in their respective roles.

One aspect of the film that has received severe criticism is its lack of political insight or bite in exposing injustices, but I would say the film does so in its own subdued way. Riteman’s script explores the complicated relationship between politics and media, the standards they hold each other to and the ways both most maneuver through the 24/7 news cycle . This movie asks a lot of murky questions about ethics and morality that connects to our current day climate, with Riteman rightfully not providing easy answers to these ideals or any of the film’s characters. While this isn’t a satire, the film does take a critical approach to its characters, even Hart, whose idealism couldn’t be matched by his own character.

The Front Runner is going by the wayside with both critics and audiences, but unrightfully so. It’s a nuanced and balanced film that is all the more impactful considering the dire straits of our own political climate.