Creed made me cry. I’m just going to come out the gate and say how much the first one affected me. Originally, I thought the movie wasn’t going to work. The idea of the Balboa legacy being passed onto another generation irked me. I thought Rocky Balboa should’ve been the end of that whole franchise, but I was wrong.

I was pumped and ready for Creed 2 which continued to move past the Balboa storyline and further the journeys of Adonis Creed. Unfortunately, I wish they didn’t go for that low hanging Drago fruit but eh, it’s Hollywood.

Creed 2 stars Adonis Creed (Michael B. Jordan) as he keeps throwing haymakers in the boxing world and his life in order to pave his own path separate from his father’s shadow. The story starts with Creed winning the boxing championship title and catapults himself into super boxing stardom.

This event places Adonis in the revenge crosshairs of Ivan Drago (Dolph Lundgren) who has been training his son, Viktor (Florian Munteanu), with a daily dose of anger, Ukraine weather, and a lot of boxing. 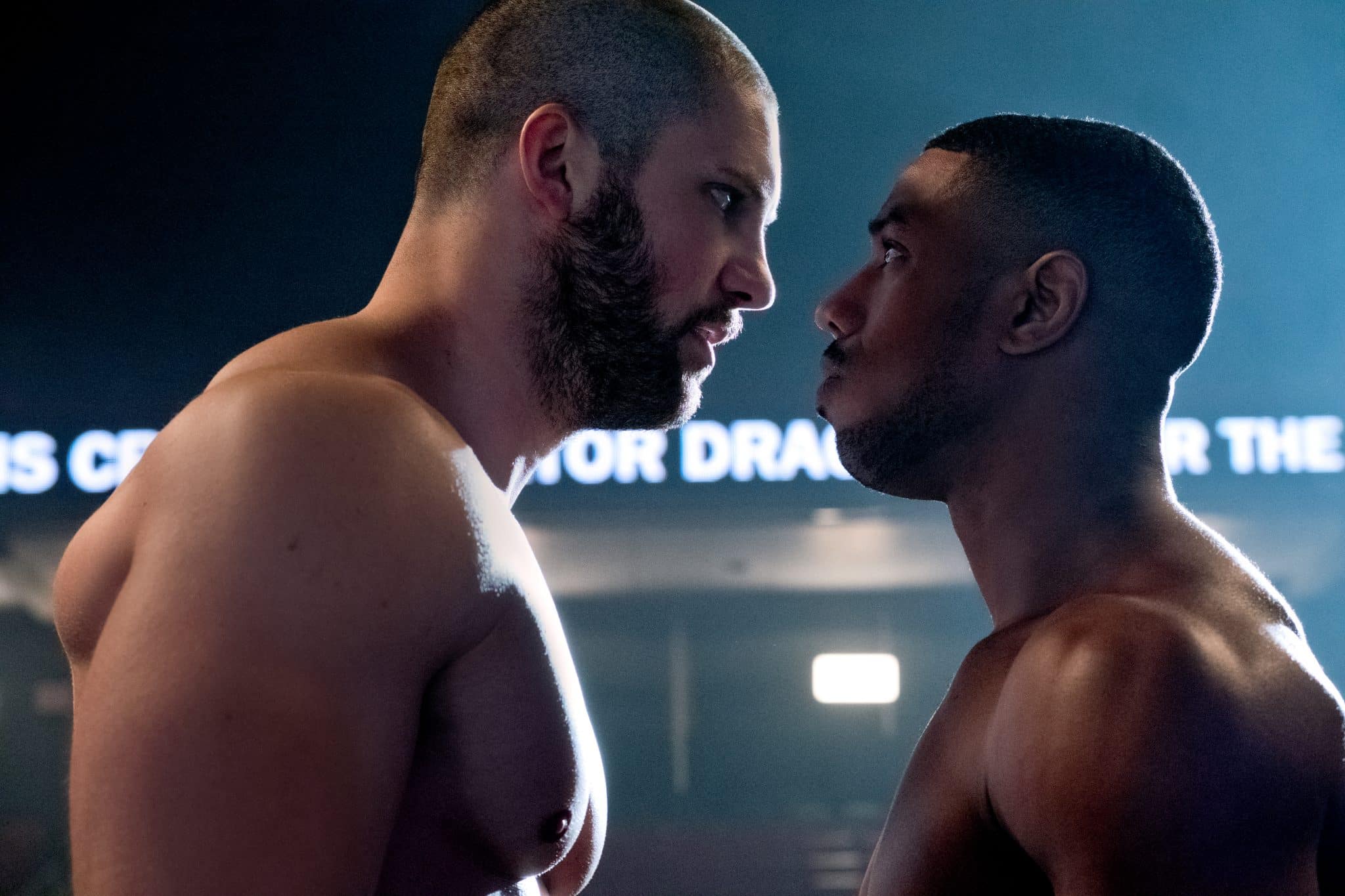 I enjoyed the plot, but it’s still was one of the biggest contributions to its downfall. Some of the storytelling came off as too cheesy and less personal than the previous film. You can feel the lazy writing and almost knew when the plot points were coming before even the characters did. Even Tessa Thompson, who had a pivotal role in Creed as Bianca, was reduced to a smaller more subverted role.

The thing that did surprise me was how I found myself being latched onto Ivan and Viktor’s story. There had been many rumors and stories on what happened to Dolph Lundgren’s character after the events of Rocky IV, but it was a well-executed move to finally see that come to fruition.

I know it sounds bad, but the movie does have its good parts. The acting, for example, was great but you can expect that from Michael B. Jordan and Sylvester Stallone. Stallone has been doing this role for several decades and his portrayal as the Mickey (Burgess Meredith) archetype was spot on. A great example of the acting and the chemistry of Jordan and Stallone involves a simple conversation between the two, but one that still had so many layers underneath. 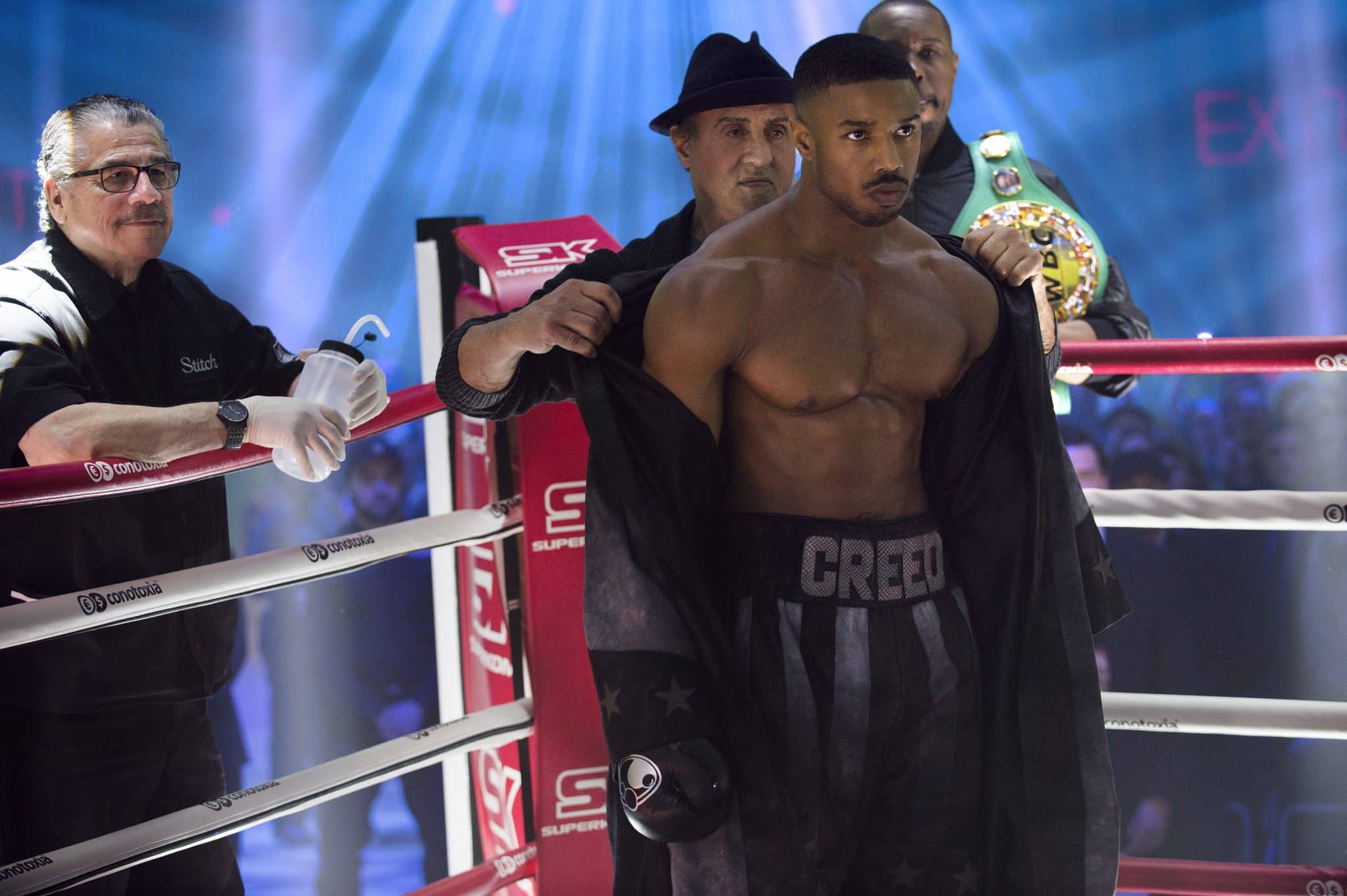 This MVS (Most Valuable Scene) involved Adonis meeting Rocky in Apollo’s trophy room.  Rocky bluntly ask why Adonis is so determined to fight Viktor Drago, and in return, Adonis gives this powerful speech on why he’s not fighting for glory but to prove himself as a Creed and for his daughter to be proud of him. My god, I started to tear up.

The film’s biggest crime is that this would’ve been a much better 3rd installment in the Creed franchise. The story in the film wasn’t warranted because there was no justifiable buildup. Yes, Adonis finally got his name out there as a legit and well-trained boxer at the end of Creed, but act one in Creed 2 could’ve been better used as a fully fleshed out movie.

The idea of Adonis coping with fame would’ve been great for character development from not only Adonis but also Bianca and Rocky. Then, the reintroduction of Ivan Drago and his son would’ve been a great jumping off point for Adonis’s need to avenge his father’s death and step away from his shadow. Instead, Creed 2 just compacted so much depth and character progression into 25-35 minutes. The direction is serviceable but not great in adding anything new to the franchise. Steven Caple Jr. does a good job adding all the classic Rocky franchise tropes like training montages and even a great shot that represents a bookend for Balboa, but that’s about it. I wasn’t expected to be wowed by the direction, but I could only think of one or two shots that were worth really remembering.

The film was a good addition to the Adonis Creed story but at times can seem corny and less heart filled than the last film. It’s definitely a crowd pleaser with Creed 2 taking bits from Rocky 2, 3, 4, and even a tidbit from 5 but the film did drop in quality. MGM might try to pull a 3rd Creed film out of its hat but I think the story should end with this one unless they have a phenomenal script for another installment.