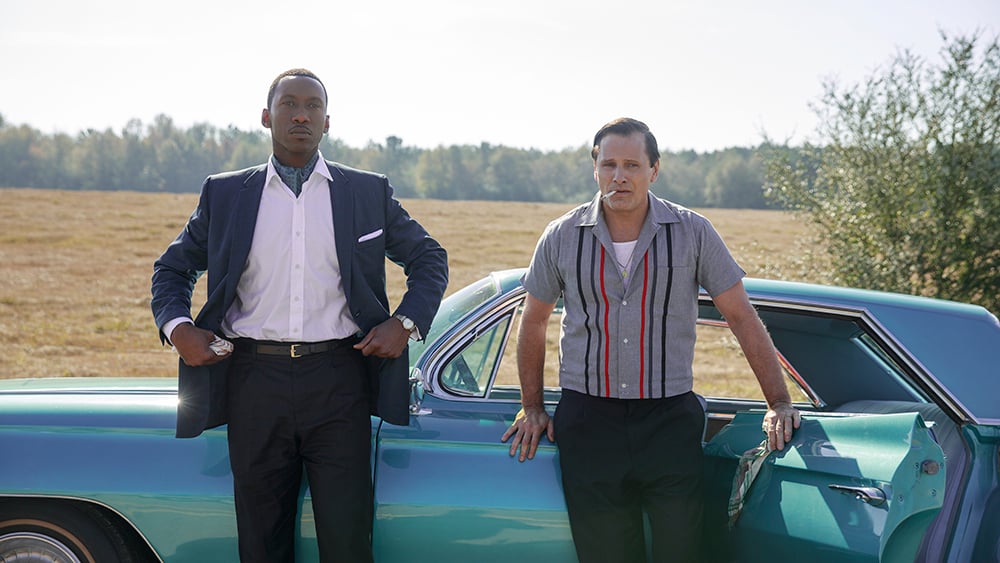 Every Oscar Season, a film or two will come around and receive glowing reviews from critics and audiences but fail to resonant with me personally or for others. Despite my lack of enthusiasm for these films, they often will have a lot of their own merit or respective reasons for their praise. The same can not be said for Green Book, which is a shockingly tone-deaf and lazy depiction of racism that left me angrier than any other release this year.

Based on a “true story”, Green Book follows Frank Vallelonga (Viggo Mortensen), an Italian bouncer who regrettably takes a driving job for Don Shirley (Mahershala Ali), a talented pianist who is trying to expand in the south during the segregation era. The two navigate the difficulties of segregation life and form a bond along the way.

There are many aspects about Green Book that frankly angered me, but I do have to give substantial credit to the acting ability of Oscar winner Mahershala Ali. Standing as the film’s lone spotlight, Ali delivers yet another quietly nuanced performance that connects with the audience despite just how poor the material is. Ali brings layers to the film’s race-based themes that are far more interesting than anything the rest of the film has to offer.

Frankly, this movie’s glowing praise confounds me, especially regarding its central performance and character. Viggo Mortensen is a great actor, but stuck in the hammy role of Frank, he isn’t given much of an opportunity to act aside from portraying a lazy Italiano stereotype. The character too often drifts into caricature territory, and to be honest, I never saw the true connection between Tony and Don as anything more than a mutual respect.

Green Book’s approach and overall structure feels incredibly dated, as I would go as far to say as this is a movie more akin to the 1990’s in its standard issue execution of racism, as the film fails to even try to address the complexities of the issue. The script (written by a trio of writers, including Tony’s relative Nick Vallelonga), fails to ever capture any of its racial conflicts with nuance or even dramatic impact, with the hammy performances and dated dialogue giving a major disservice to the issue at hand. Its particular annoying in a year where so many films like Blindspotting, Sorry to Bother You, and The Hate U Give have tackled the complexities of racial tension, the most standard issue movie about the subject is the one awarded with praise.

What angers me more than anything is the ways that this film differentiates itself from its true story. According to Don Shirley’s family, the film inaccurately portrayed Shirley’s lifestyle, from creating a distant relationship with his family and making it so he wasn’t a part of his own culture. These changes are not only unnecessary, but used in a negative way to portray Shirley lack of pride in his culture. Decisions like this are what make Green Book a bland and problematic movie, one that will surely rank among my worst of the year.