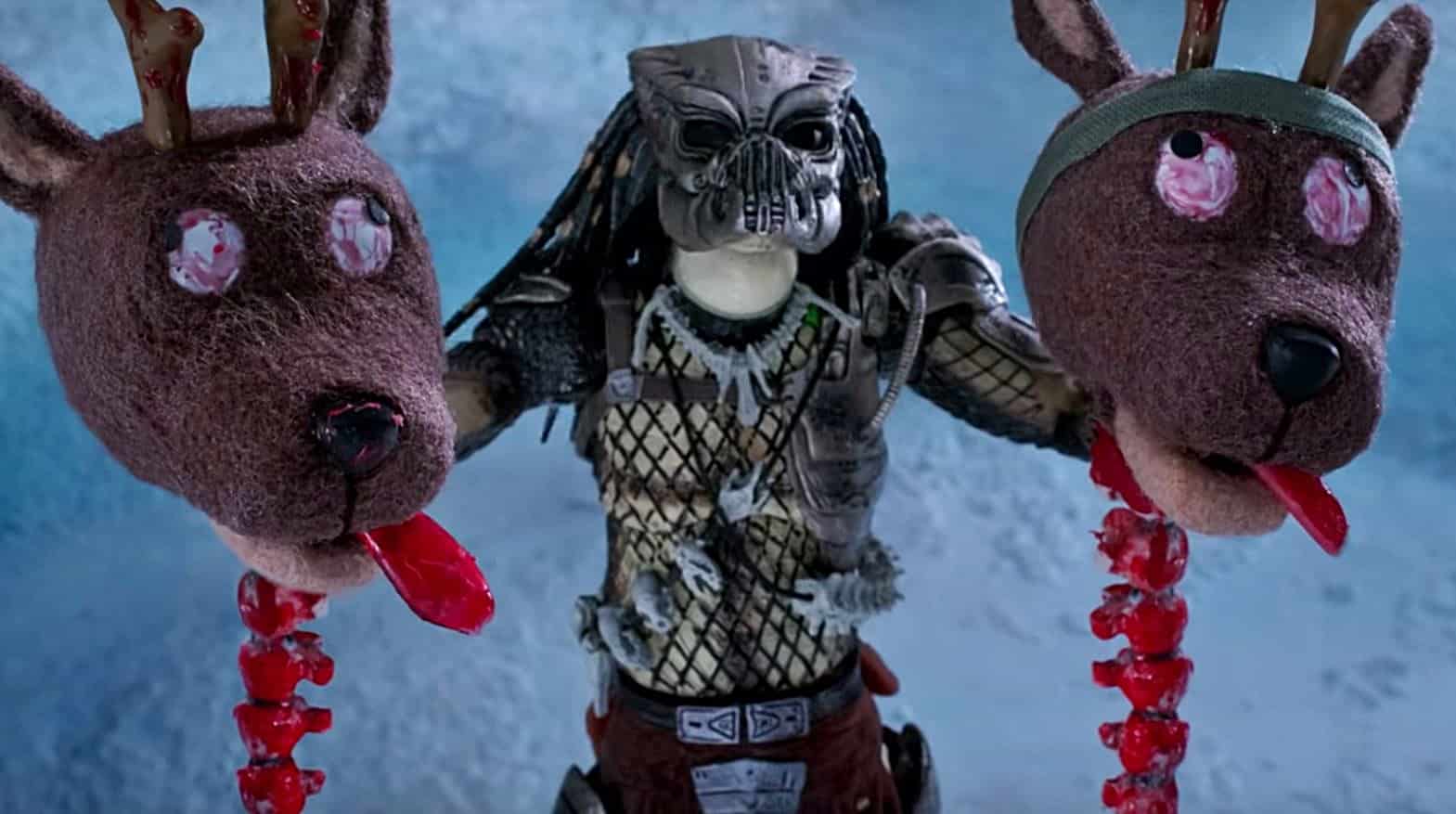 When you think about Christmas specials, you probably think of festive fun, holiday cheer and good tidings. What you don’t expect to see is everybody’s favorite Christmas characters being mercilessly stalked by an extraterrestrial hunter! However, that’s exactly what you can see if you check out The Predator Holiday Special that has now found its way online to coincide with the film’s home media release.

The holiday short initially debuted on Comedy Central earlier this week, but you can check it out below.

The slay bells are ringing. Watch The Predator Holiday Special now & get The Predator on Blu-ray & Digital. https://t.co/VZ6HGD0Ten pic.twitter.com/2P3nJbT7qo

As you can see, the gruesome short pays tribute to not only the original film from 1987 but also to the Rudolph the Red-Nosed Reindeer style stop motion films of Rankin/Bass – albeit with a bloody twist. The short features the deadly hunter hunter slowly working his way through through Santa’s reindeer one by one until he comes face to face with the big man himself.

Thankfully, the holidays can remain intact as Santa himself is saved last minute by one of his loyal elves, but not before being ironically gifted a basket of Easter Eggs, one of which may lead to another interesting confrontation with another Sci-Fi legend for Old Saint Nick.
The Predator was released earlier this year to lukewarm reviews, but you can can pick it up on home media now.

What do you think? Did you enjoy the short? Who should The Predator go after next? Easter Bunny? Let us know below!

Continue Reading
You may also like...
Related Topics:Christmas, Predator, The Predator