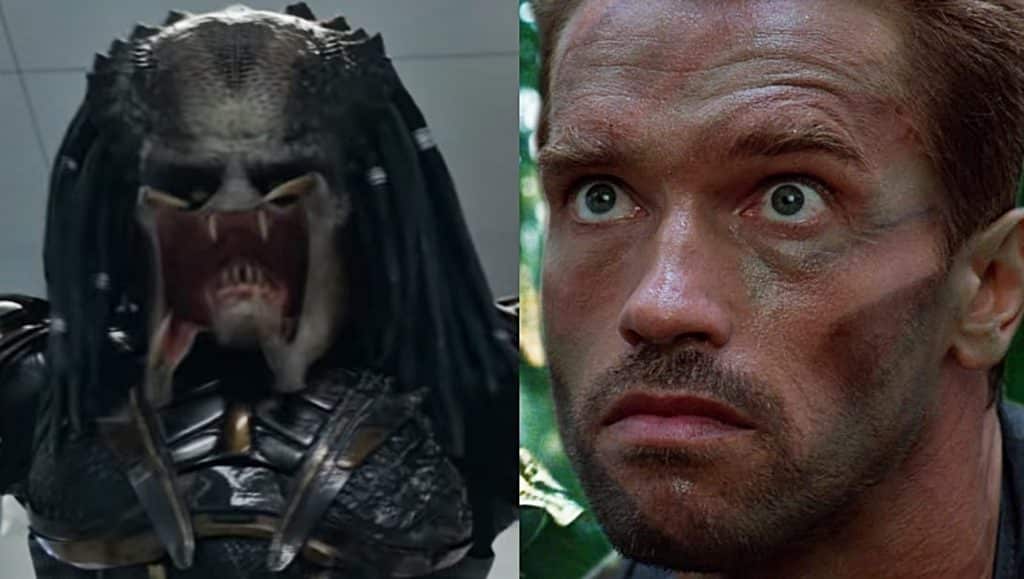 The Predator hit theaters last weekend, and for those of you who watched it, you know that something was definitely up with the final act/ending. The film (in my opinion) wasn’t as awful as many people are saying it was, as I thought it was enjoyable for the most part. It’s a Predator movie, not an Oscar contender. That’s not to say that the movie didn’t have its problems, though, as evident in the very rushed third part of the movie, and ending which only served to set up a sequel.

The script for The Predator, written by Fred Dekker and director Shane Black, leaked onto the internet back in 2016, and received quite a bit of backlash. Though we don’t currently have a copy of the original script, we’ve found the main points of it, and they add up with the movie itself, as well as set photos we saw from scenes that aren’t in the theatrical cut.

Here are bullet points taken from the AvP Galaxy forum from February 2017 (verbatim, errors and all):

Honestly, this version sounds pretty dumb, but it might have been more fun than the one we got. 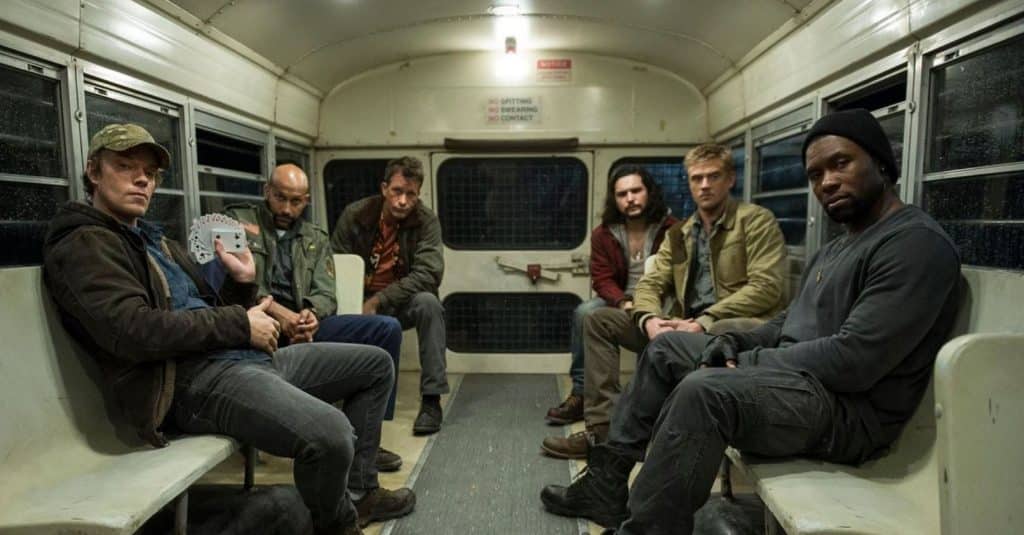 As I referenced in the beginning of the article, there were leaked photos that pointed to a scene with “The Loonies” cast on a tank and additional Predators, that was cut. Some of the scenes even made it into trailers, but were absent in the movie. Photos are hard to find, but there was one I managed to dig up on Twitter:

Have you downloaded our THE PREDATOR review? Either way, (RE)download it now! The version posted yesterday had a few technical mistakes, fixed in a newly uploaded version!

And here’s a shot of the original ending as discussed on our show–Predators driving tanks in daylight! pic.twitter.com/5IwqRbC7Pv

Friendly Reminder that Shane Black’s Predator Movie is gonna have The Yautja and Humans Working together pic.twitter.com/gGtAXeJ90K

I read the leaked script and saw the pictures of predators working with the humans. Belive me. It was even worse. pic.twitter.com/AX2jhDdWoB

A lot of the included plot details are accurate to the finished movie from a time before such details were public knowledge, making it verifiable and the deviations most likely a product of subsequent changes. It is from the script, so not everything will have been shot, but it gives a sense of the ideas Black and co-screenwriter Fred Dekker were playing with. In reference to these scenes, it says that there are two defector Predators being held in Area 51 who team up with the loonies in a bid to stop the Ultimate Predator. The leak places the scene at the start of the third act, after the Predators’ true extinction plot but before the loonies head to the Predator ship (known as “the Ark”).

Secondly, super-predator opens all the cryo-capsules on the Ark, releasing an army of hybrid Predators: on two legs, three, four, on the tentacles … general at them – only spotted the head and mandibles. This gang is attacking Area 51 as heroes with a predator-defectors make a strategic retreat on a convoy of jeeps and armored vehicles. Nightmare hybrids kill all the guards, but Casey and Rory on board the Ark realize that all hybrids are equipped with self-destruct collars. Rory learns to control the Ark, and in the last moment activates these collars, throwing Casey in an escape pod to the transmitter. When the capsule sweeps past – hybrids explode. Very beautiful.

So we missed out on seeing Hybrid Predator Spiders, Predators with multiple arms, and more.

Reshoots are said to have changed the third act entirely, including the way the characters die off. It’s been pointed out how random and underwhelming Sterling K. Brown’s Traeger death was, given that it was hinted to be in some type of showdown with Quinn. It’s also obvious from set photos that the deaths were held off until a much later time in the movie instead of slowly throughout the film, hence why the all happen so rapidly. 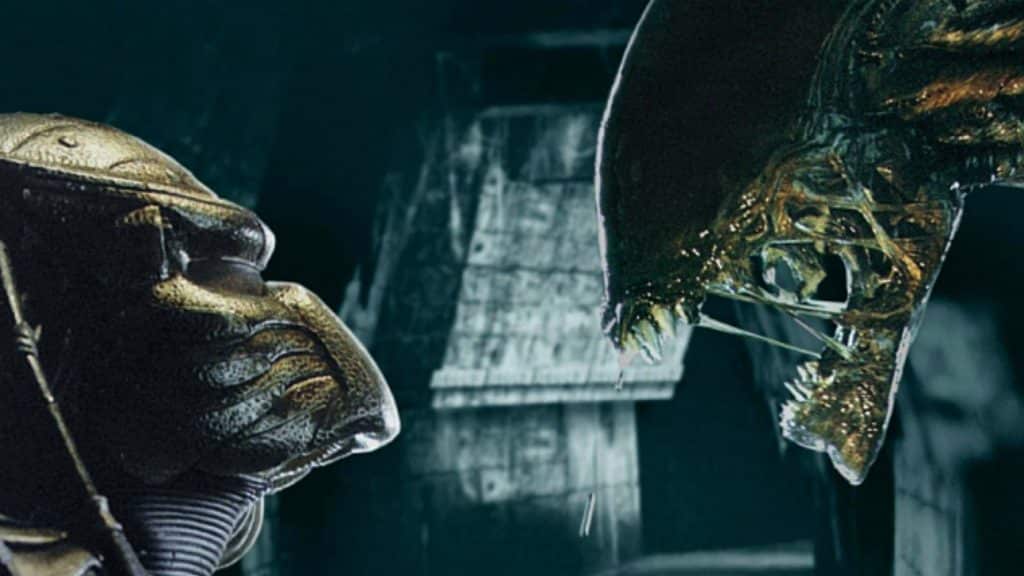 Screen Rant also detailed other potential scenes that were cut:

From trailers and general discussions, there’s a collection of scenes that were cut outright, rather than being reshot or adjusted. This includes McKenna being captured in Mexico (with Nebraska), Rory smashing the Predator device into his building blocks (although the connection to the original Predator ship seems to be tricksy trailer editing), as well as a lot of vehicle changing by The Looneys on their travels and shots of Nettles flying the helicopter.

Perhaps most interesting from the leaks is the changing geography. The Area 51 sequence would have obviously taken the characters from Georgia to Nevada, and it’s been rumored the Ultimate Predator’s ship was meant to be in Florida, with the final confrontation taking place in the Everglades. In the finished film, it appears close to the McKenna’s hometown, with the swamp for the final battle an extension of the forest. This, again, points towards a lot of connective elements removed, not least a longer time period being covered.

They also talk about how the lobotomized Predator dog scenes towards the end have the feeling of a reshot scene, given the nature and setup of them. Not to mention, the dodgy CGI at times. 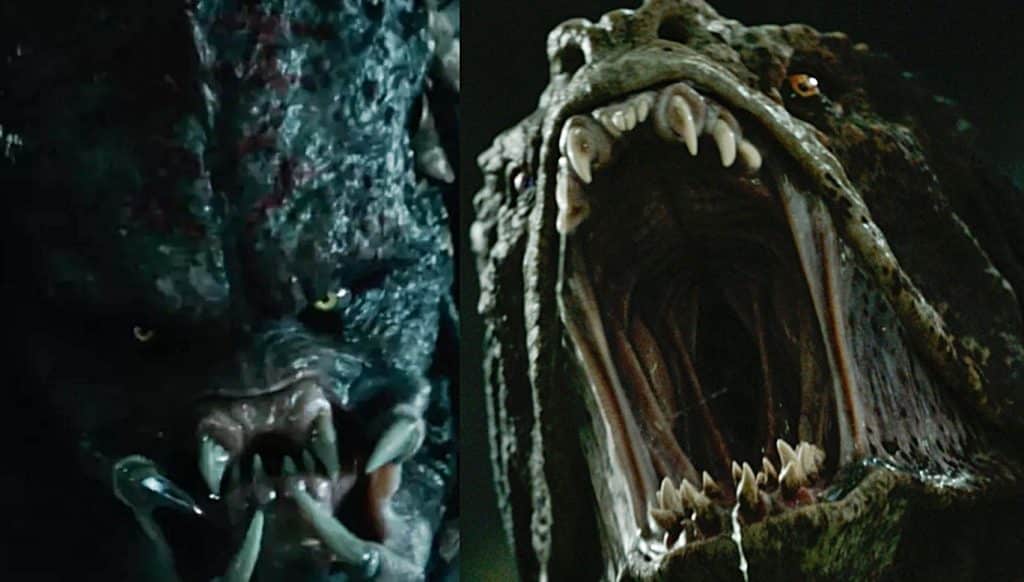 Shane Black elaborated on the reshoots, saying that he didn’t like the footage for the film that they shot in the daytime, saying:

“The Predators, they wear tribal garments, they swing from trees, they have spears, and yet they arrive in interstellar spacecraft. So that suggests to me that there is a faction among Predators that isn’t just ceremonial, there have to be scientists to design these spacecraft. They have to have a society with strata, a society that could even support internecine conflict between the various classes let’s say. So without getting into that, I think it’s important to understand that maybe there are factions, and that we can choose one faction, let’s say there’s a particularly irritable group of Predators on Predator world and let’s say that having bested their champions, not once but twice in the past, that they’re not really happy with Earth, and so in that event it would make sense for them to strike back. And it might not be all Predators, but it is in particular a group of very angry Predators who aren’t above maybe even cheating a little bit.” 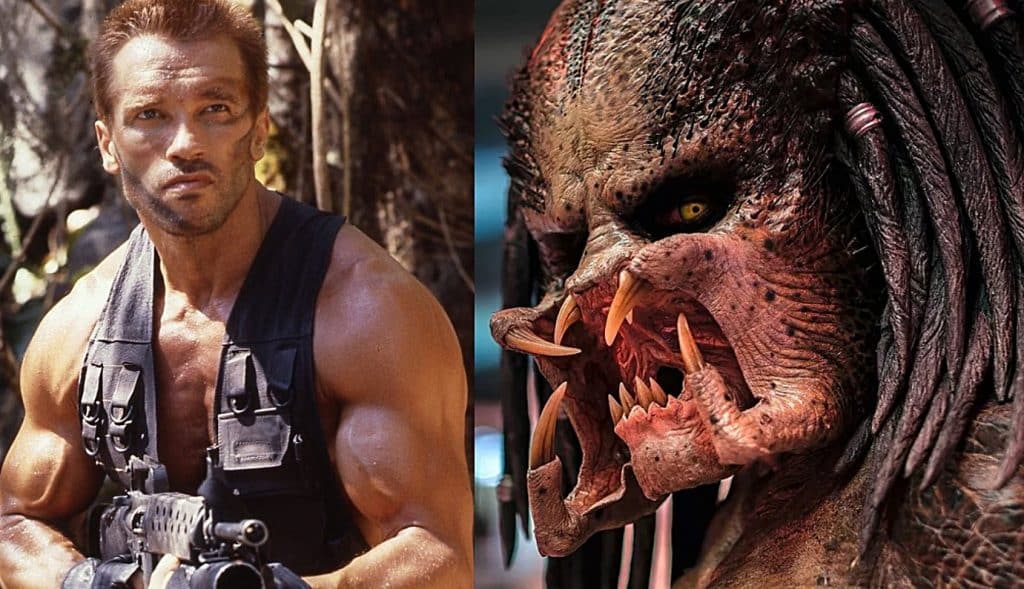 As you saw, Arnold Schwarzenegger was written in an early draft of the script. Arnold himself responded as to why he didn’t do it, saying:

“They asked me, and I read it, and I didn’t like it — whatever they offered. So I’m not going to do that, no. Except if there’s a chance that they rewrite it, or make it a more significant role. But the way it is now, no, I won’t do that.”

“The studio wanted a fresher movie that featured an evolving cast. They didn’t want to hinge the movie on the re-emergence of Schwarzenegger. It would probably be more of a matter of his showing up briefly and just participating at the very end, at the climax of the movie. Understandably – and believe me, I completely get it – he said, ‘Look, that’s kind of a small part, and I don’t really think I want to do that. I’m off to do Terminator with Jim Cameron, basically. Or for Jim Cameron. So I totally got it, you know? If I was Schwarzenegger, I’d want to be one of the stars of a film or nothing.”

“I even said to him, ‘If you’re in this one, we would open it up for the sequel, because now you’re back in the franchise.’ So you know, if there’s another movie, there’s no reason why he couldn’t be either in it, or the star of it, or whatever someone decides at a future date.”

What we got instead was an end-scene that essentially built up to a ridiculous looking Predator Killer, something the CGI of didn’t do much justice. The Arnold ending sounds like it would have been cooler, but some have said that it would have seemed like a cheap way to please fans. The ending we got didn’t even really fit the theatrical version of the film.

Some other points to note: Edward James Olmos’ role was cut from the film entirely. The actor said:

“It was too long so my character, they had to take me out. They were like half an hour, 3/4 of an hour too long.”

Olivia Munn Gets to Work on ‘The Predator’ – First Set Photos!: Olivia Munn bends down to pet a cute dog on the set… https://t.co/4JWkacnEyl pic.twitter.com/t99WhxFqO3

Olivia Munn‘s introduction into the movie was cut due to the actor she was working with, and controversy soon followed, as he was a convicted sex offender, Steven Wilder Striegel. It’s also said that that scene would have made her bond with the Predator dog add up, as set photos have shown that the scene involves Munn’s character walking her dog in the park when she’s approached by a man, played by Striegel. 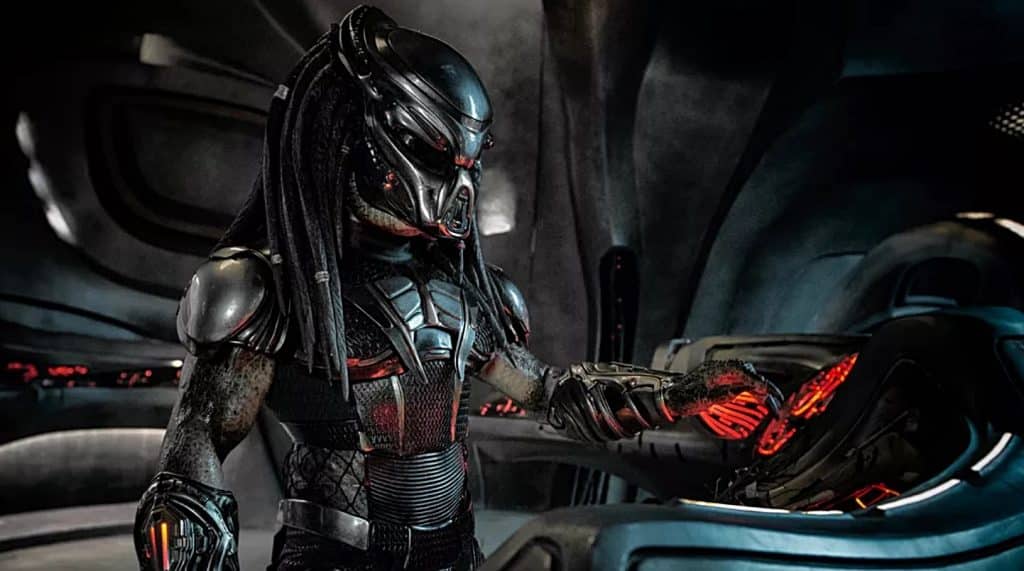 So what do we make of this movie after all is said and done? Would a Shane Black Director’s Cut be interesting? We’re sure it would. Will we see it? We have no idea. Black doesn’t seem to think it’ll happen:

“It never got finished, so the effects aren’t in. So you’d have to pay to finish the effects to put it on the Blu-ray. I actually suggested ‘Look, for a couple of extra million let’s make Predator A.M. and Predator P.M. See them both! See all of the Predators! If you’re in a little bit of a relaxed mood come see Predator P.M. Then to wake yourself up…’ and we could actually do both versions of The Predator. The studio didn’t really take to the idea of the A.M, P.M. [concept].”

Given the box office of this film after about 2 weeks, we’re not really expecting to see anymore Predator movies any time soon – if ever again. That’s right, The Predator could be the last Predator movie we ever get. That doesn’t mean there’s not a future for the character, however.

With rumors of an Alien show being in the works, TV might not be such a bad platform for both of these franchises. After all, the movies do make a considerable amount of money – just not enough to be considered major blockbusters anymore.