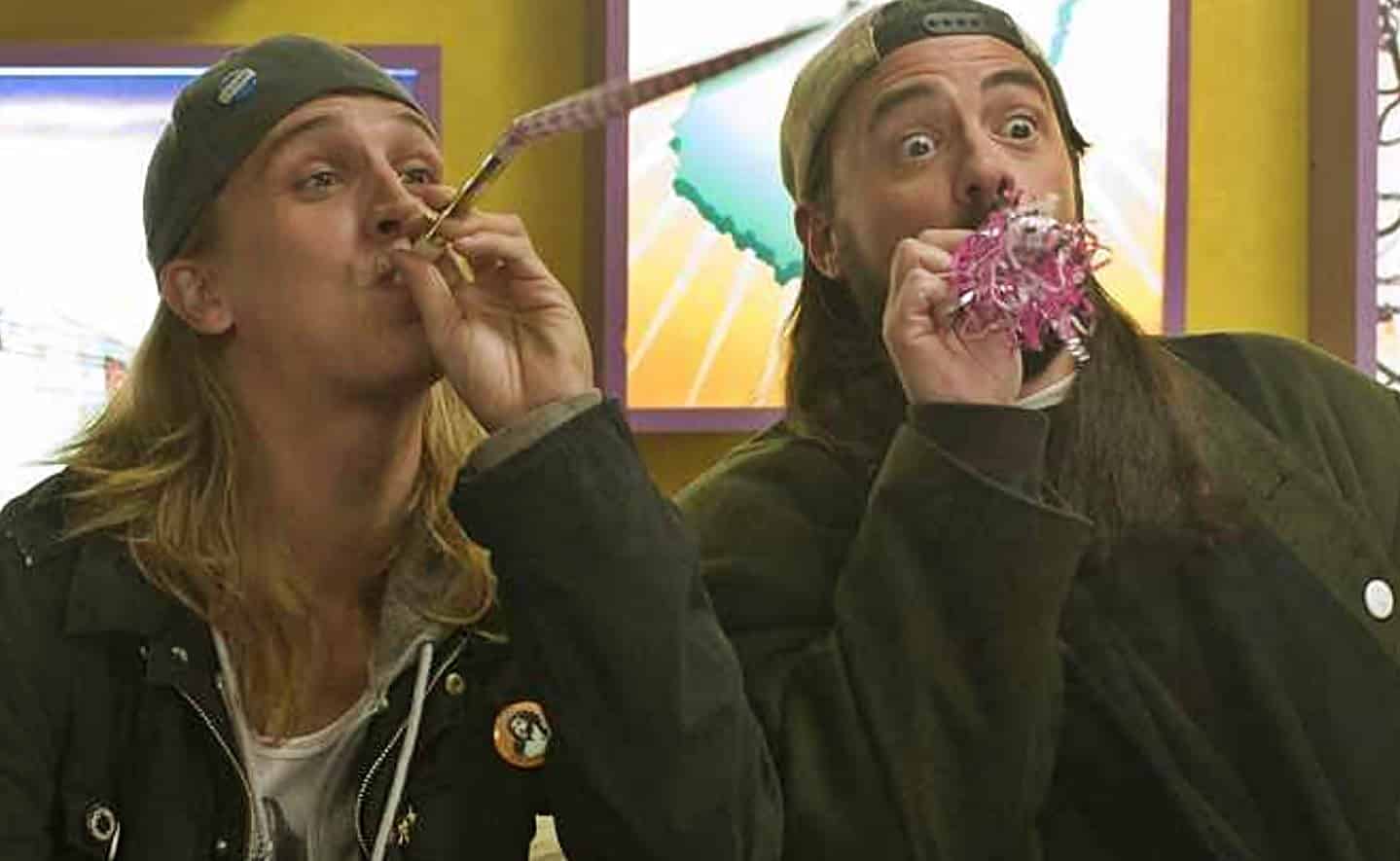 Kevin Smith has remained in the public eye for his great podcast work, but his work in film has not been as impactful as of late. Smith’s recent efforts Tusk and Yoga Hosers were inspired in their concept, but the execution left something to be desired. To many fans, Smith will always be remembered for his work on the Clerks film, whose influence are still very much felt today. It appears that Smith will be tapping his foot back into the Clerks universe well. In a recent tweet, Smith confirmed that a Jay and Silent Bob Reboot film has entered pre-production.

Not much of a surprise, as it was revealed early on that both Smith and Jay Mewes reprising their roles as the iconic duo when the film was scheduled to begin filming early this year.

Spent the first day of 2019 having a #JayAndSilentBobReboot pre-pre-production meeting at our holiday-roomy @WeWork office! @JayMewes took this pic of me and @JordanMonsanto to both mark the moment and to document that we were the only dopes in Hollywood working on the holiday. pic.twitter.com/xTNrpN6OF6

Considering Smith’s recent struggles, its refreshing to see Smith go back to what he knows best. The laid-back style and charming banter of the Clerks film have stood the test of the time for a reason, with Smith striking upon something iconic with those films (Clerks 2 not so much). While it was hard for a film like Clerks to find an audience when it was released, the continuous expansion of VOD and other streaming platforms will allows this film to connect directly with its core audience.

I remain optimistic for this reboot, but its hard not to have some lingering doubts. While I have always loved the inspiration and ideas behind Smith’s work, his recent efforts still concern me in their lack of success. Hopefully this Jay and Silent Bob reboot can connect to the magic that made Clerks and the original Jay and Silent Bob special.

Continue Reading
You may also like...
Related Topics:Jay and Silent Bob, Kevin Smith