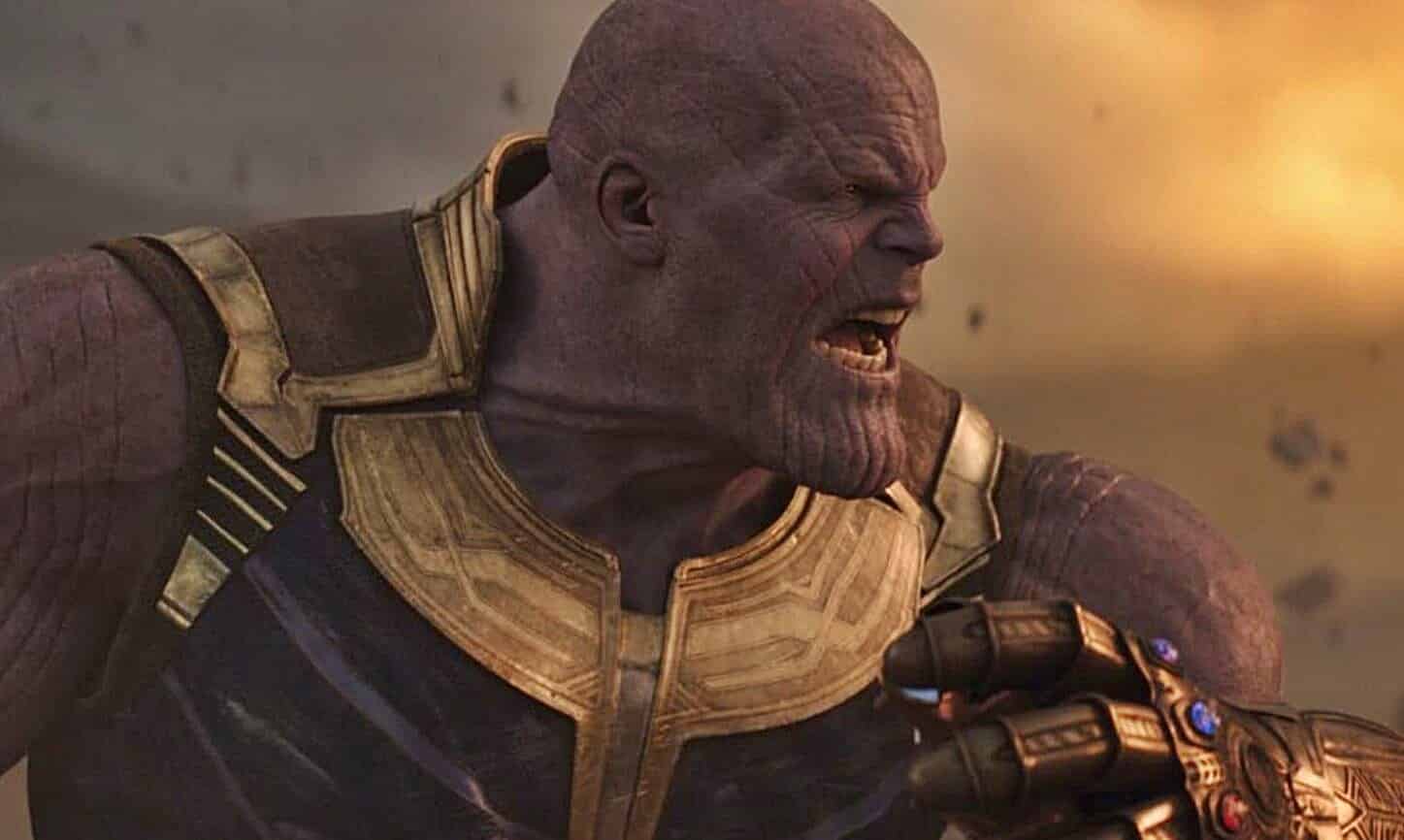 As he is consistently listed as one of the top villains of all time, it is no surprise that fans are chomping at the bit to get their hands on some of the details about Mad Titan Thanos’ mysterious past, especially ever since Avengers: Infinity War writer Christopher Markus divulged that earlier drafts of the script had devoted much more depth and detail to the rise of the Mad Titan. We are, of course, still waiting for any of those specific details to come to light, but we finally have an image to fuel our imaginations as we speculate about what those early drafts might reveal about Thanos’ MCU backstory.

Recently, a piece of Infinity War concept art was released, featuring a “young Thanos” by Justin J. Sweet. The image features Thanos seated ominously on a floating throne, wearing minimal, gilded armor and staring out intensely ahead, perhaps ruminating about his plans for universal domination and how to harness the power of the Infinity Stones. It is a gloomy but powerful departure from the almost casual look that Thanos sports in Infinity War, perhaps suggesting that young Thanos was more burdened by his life’s mission in his past.

Whatever the actual backstory that was intended to accompany this character design, this concept art is sure to only fan the flames of Marvel fans’ hunger for more details about the upcoming sequel, Avengers: Endgame. Josh Brolin’s performance as the Mad Titan in Infinity War was met with widespread enthusiasm from fans and is eagerly anticipated in Endgame, though the exact role that Thanos will fill in the sequel is somewhat uncertain.

Will Thanos continue to be the ultimate big bad of the Marvel Cinematic Universe, or do the Russo brothers have another curve-ball to throw at us?

Only time will tell. Avengers: Endgame arrives in theaters on April 26, 2019.

What do you think of the unused concept art? Be sure to tell us all of your thoughts in the comments down below!