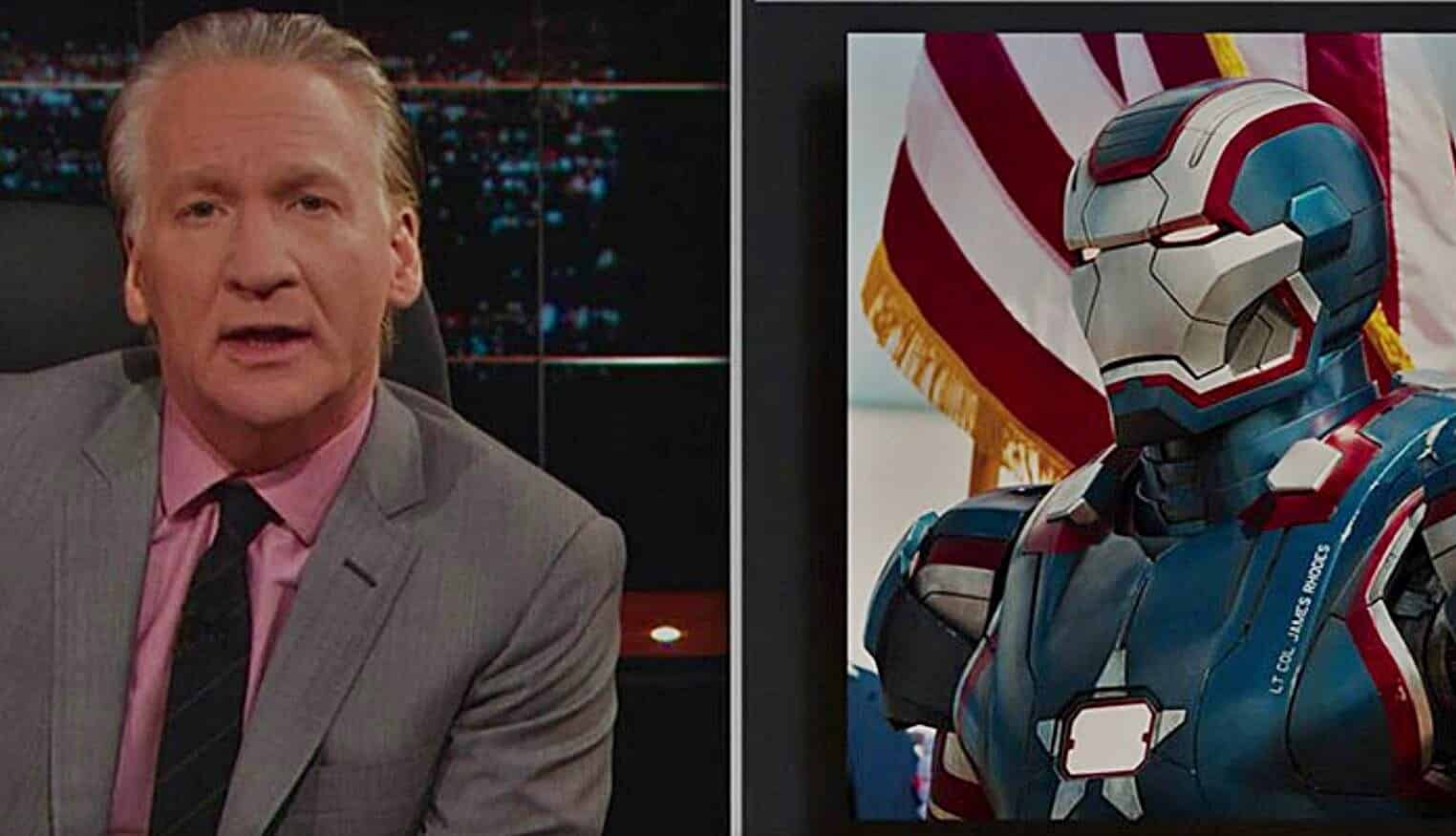 Well, it looks like some people just can’t let sleeping dogs lie. Bill Maher has taken to his show to take another crap on comic book fans in the wake of Stan ‘The Man’ Lee’s passing. He also specifically goes after Kevin Smith, one of the geek world’s most outspoken ambassadors (This may have not been a good idea…). For some reason, Maher thinks that people who love comic books are immature and childish. He thinks it’s time we “grow up”. I’m here to say to Bill that it’s time he grows up and stops being a troll.

Rather than just let this thing go, especially when so many people had already put him in his place, Maher has decided to double down on his negative rhetoric against comic book fans. While he tries to say none of his attacks are directed at the death of Lee itself, it’s hard not to take it as such. By attacking Lee’s life work, and his contributions to society, you ARE attacking the man. But, let’s focus on his contributions. Maher believes that comic books are simply pretty picture books for little kids. What the “educated” host fails to realize is, is that he couldn’t be any more wrong. Modern day comics have evolved immensely since they first hit newsstands over 80 years ago.

While they may have been originally marketed towards kids, they have become a significant part of American Literature. Look at such groundbreaking works as The Watchmen by Alan Moore. A story that not just blurred the line between what’s good and what’s evil, but completely flipped the paradigm on its head. This story not only changed comics, but literature and storytelling as a whole. Ever since its release in the mid 80’s, books, movies, tv, they have all moved away from the traditional black-and-white, good-is-good, evil-is-evil, diatribe that has permeated storytelling for centuries. This story may not have been the first to do this, but it set in motion a chain in modern storytelling that gives us stories like Game of Thrones, Stranger Things, Breaking Bad, and more today.

But, it’s more than that. Maher attacks both the comics and the movies, saying that fans of these things are the reason this country is in the toilet. Yet, these characters that Lee created, like Spider-Man, Captain America, Black Panther, The X-Men, and so many more, represent more than just some colorful spreads on a page. They represent the best and the worst of humanity. They are flawed, human, and still they are heroes. Their power doesn’t come from a spider bite, a super serum, or a mutant gene. Their power comes from their selfless sacrifices made to save even the most insignificant of people. Even someone as low as Maher himself. 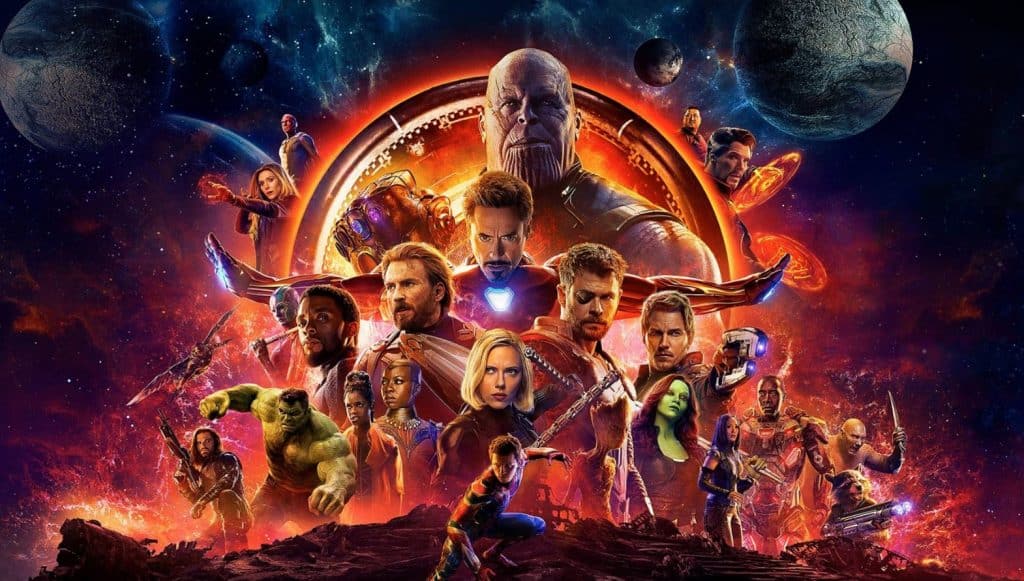 Just because the words are accompanied by pictures of larger than life characters with sequences of action and drama across multiple panels. And, cinematically, seeing these modern myths up on the big screen, in blockbuster movies, is a dream come true for many, many people. How is a Marvel movie different from the fantasy of Lord of the Rings? Movies like The Godfather are nothing more than imagined stories with larger than life characters. They only real difference is that they don’t have powers.

Then there is also arguably the greatest graphic novel of all time, Alex Ross’ Kingdom Come. Not only does this story, revolving around a premise of “too many metahumans’, involve such deep emotion and tragedy, but it also contains some of the greatest artwork of the modern era. Alex Ross paints life like masterpieces on every single page, doing the work of a Renaissance painter, on a massive scale of output. You pick up any book that Ross has done, and you going to try to tell me that his stuff couldn’t hang in the Guggenheim or the Louvre?! Good luck with that. The art in these books is far from immature doodles. They are true works of art.

There’s one more thing to consider when discussing the film aspect of Maher’s rant. THE MAN APPEARED IN IRON MAN 3!

For someone who has such a hatred for the “childish” comic book world, and who states it’s the scourge of society, the “dumbing down of America”, he certainly had no problem lending his mug and attitude to a comic book film. He definitely had no problem cashing their check. This also isn’t the first sign of his hypocrisy here.

The man has been caught in lies, thanks to his own blog and show. In his first statement, he commented how he used to read comic books as a kid, but then he grew up. Now, he swears he has never picked up a comic book in his life. So, which one is it, Bill? For someone who likes to attack politicians for talking out of both sides of their mouths, he absolutely falls right in that same category.

In this editorial, I’m trying my best to convey this message without becoming overly angry and just trashing this “comedian”. Award winning writer, Peter David, best known for his amazing 12 year run on Incredible Hulk, put a beautiful rebuttal on Facebook that sums this whole situation up perfectly.

Bill Maher has informed us, both on Twitter and again last night, that comic books are for kids and that fans of them are basically stunted individuals who are unable to accept adulthood.

So let’s talk about fans.

Fans love to argue. They are particularly big on arguing who their heroes can defeat. And periodically they gather in large crowds, sometimes numbering over 50,000. They pay ridiculous entry fees to get in, and many of them dress up like their favorites. In the places where they gather, they cheer on their respective faves, chant together, eat and hang together. They buy a ton of merchandise, dropping hundreds of dollars at a time. And if they’re lucky, they get autographs and go home happy. Hell, on rare occasions they even attend parades dedicated to their heroes.

Hell, Bill Maher even profits off it, since he bought a minority share of the Mets in 2012.

And all these games…they involve balls. Isn’t that interesting? Large ones, small ones, that get bounced or hit or thrown. Balls, which are–as you know–one of the favorite toys of babies.

Yet interestingly no one, not even the profiting Bill Maher, ever accuses sports fans of being juvenile. Of being overgrown children. Get a whole bar riled up about Yankees versus Red Sox and no one is going to say, “My God, grow the hell up.”

That’s because, as Neil Gaiman pointed out, if you have stories told via words alone, that’s books and the realm of adults. Have pictures by themselves and that’s art, and also for adults. But the moment you combine words and pictures, assholes believe that that makes it entertainment purely for children.

I’ve said this before but it bears repeating: comic books aren’t juvenilia. Comic books are modern myths. The definition of a myth is something that is defined within its own essence. If you ask someone, “Who is Gomez Addams?” they will reply, “He’s a character created by cartoonist Charles Addams.” IF you say, “Who is Superman?” people will likely respond, “He’s a superhero, the last son of Krypton, with the secret identity of Clark Kent.” In the same way that if you ask who Hercules is, you’ll be told that he is a half-god born of Zeus having an affair with a mortal. You don’t put it in context of its creation; you define it as itself. People who find Spider-Man fascinating are just as valid and adult in their interests as someone who studies Arthurian legend. The fact that it’s happening in modern time and we know who the creators are doesn’t make it any less mythic.

Nor is the multi-billion dollar success of their movies proof of their crossover appeal, according to Maher. “They’re all the same!” he declares, asserting that ALL comic book movies are about superheroes fighting over “glowy” things (like athletes fighting over a ball, remember.). The short answer is, Yeah, right, “Black Panther” is just like “Wonder Woman” (neither of which involved anything glowing.). The longer answer is, Yeah, right, super heroes fighting over glowing things is sure an accurate description of Men in Black. Or Road to Perdition.. Or Kingsmen. Or V for Vendetta. Or From Hell. Or 300, Sin City, American Splendor, Atomic Blonde, Ghost World,Dredd, Scott Pilgrim vs the World, and on and on.

BUT, Maher further asserts, comics aren’t literature. Well, let’s figure that out. The dictionary definition of literature is: written works, especially those considered of superior or lasting artistic merit. So what’s lasting merit? It seems reasonable to assume that it’s obvious: something that lasts. That transcends generations. So since Action Comics #1, which was produced over eighty years ago, still has resonance, that would seem to satisfy the definition, as does Spider-Man who was created fifty-five years ago. But perhaps it’s deeper than that. Perhaps to be literature, it must be critically acclaimed. Like Watchmen was when it won the Hugo. Like Sandman when it won the Bram Stoker award. Like Maus was when it won the Pulitzer.

How many Pulitzers do you have on your shelf, Bill?

Can you see why this man won so many literary awards? This is incredibly well put. So many comic books have won the biggest literary awards in history. But, hey, they’re just juvenile rags meant for kids only. Seriously? Also, Mr. David brings up another great point in his comparison to another huge fanbase. It also points out yet another moment of hypocrisy from Maher. Sports have a similar fanbase to comics. They have their conventions, their own fantasy leagues, enough armchair quarterbacks to start their own country, and millions of fans that idolize athletes by wearing their jerseys and gear.

So, how is that different from comic books? Because their idols are fictional? So, in other words, these fictional characters will never hit their wife in an elevator or murder someone at a nightclub. They will never go into a steroid fueled rage and hurt several people.

Comic books have truly become a modern mythology. These characters have been inspirations for countless people worldwide. They represent the best and the worst of us, and find ways to go above and beyond to solve their problems. Maher can learn a thing or two from them, actually. “With Great Power Comes Great Responsibility”. This isn’t just a cute tagline, but a life lesson. On Maher could really use. This man is in a position of power, of sorts. He has a media presence with a global audience. And, with all his negative and aggressive commentary, he is actually exasperating the problem, instead of offering a solution.

While Maher’s words have angered an entire community, I implore fans to not attack him. Attacks against the man only make the whole situation worse, and kind of prove his point. He is an antagonist. A troll. He is trying to rile us up to get ratings and to prove his point. Let’s instead kill him with kindness. Either we offer kind words, similar to what Peter David did, or we simply ignore him completely. Silence is his true Kryptonite. If he doesn’t get a reaction, he will lose power, shrivel up, and fade into obscurity. Let’s not add fuel to his fire, but rather let’s put the fire out by denying it oxygen.

I have purposely not included his own words, nor a link to his site, to avoid giving him any more of an audience. We, as the comic book fan community, are not immature children, but rather adults who make rational and proper choices. Let’s act like it, and ignore the childish bullying and rants of Bill Maher.