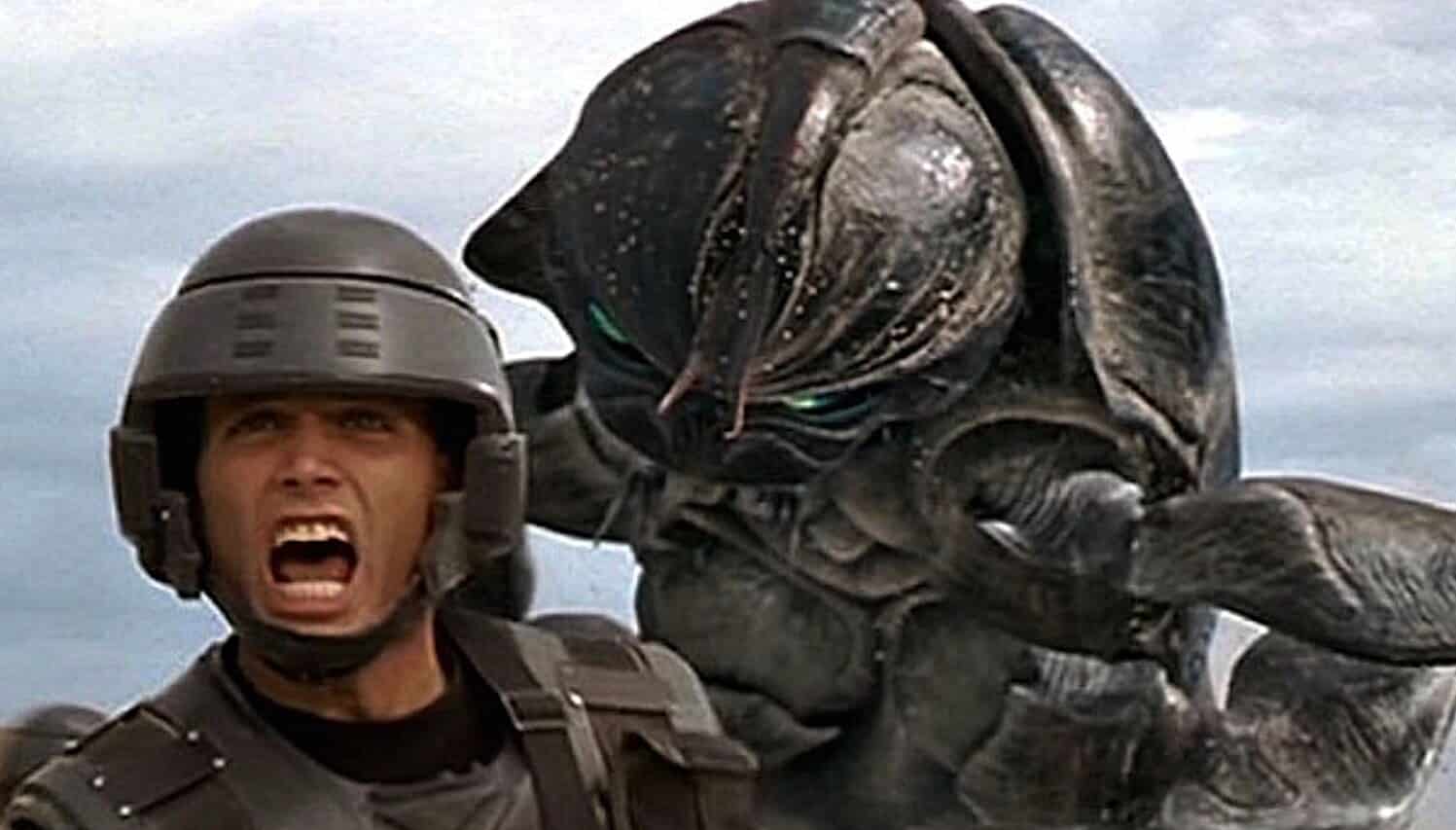 A Starship Troopers television series has been in discussion and could happen soon. Screenwriter Ed Neumeier, who wrote for all three live action films and the animated Starship Troopers: Traitor of Mars, interviewed recently and divulged that information.

When he was asked by NH Entertainment about the possibility of the original cast coming back to work on the reboot, he said,

“Well, I think they can. I don’t want to jinx anything, but we are talking about trying to do a television show that is based on that idea.”

If this does happen, it wouldn’t be too farfetched to think Netflix, Hulu or Amazon competing to be their streaming home. Since all of the talks are very preliminary at this stage, we wouldn’t want to “jinx” this either. For now, we’ll wait with bated breath for more solid news on this moving forward.

A Starship Troopers television series has been talked about before. In 2015, producer Neal H. Moritz spoke about something of this nature coming about, but it wasn’t until November of 2016 that he and Columbia announced there was a writing team signed for a script. The writers are Mark Swift and Damian Shannon.

When HN Entertainment asked his opinion about this news, original director Paul Verhoeven expressed skepticism, which he shares with Ed Neumeier. They think it would be better as a television series than a remake of the film.

“Well, I have mixed feelings about it (the reboot) because I think that what we did with the first Starship is almost not repeatable in a way… I based the structure of Starship Troopers when I was writing it, the structure of WWII propaganda films that the studios made between 1941 and 1944. We don’t really talk about those movies anymore, but that had a very particular structure and they were made during a conflict and they didn’t have an end-point as with Starship ends they’ll keep fighting.”

Starship Troopers is still in the early stages of development, so it will be a little while before things really seem to take off. It has gained a huge following over the years, so hopefully they take their time and do it right so as not to disappoint fans.

Continue Reading
You may also like...
Related Topics:Horror, Starship Troopers