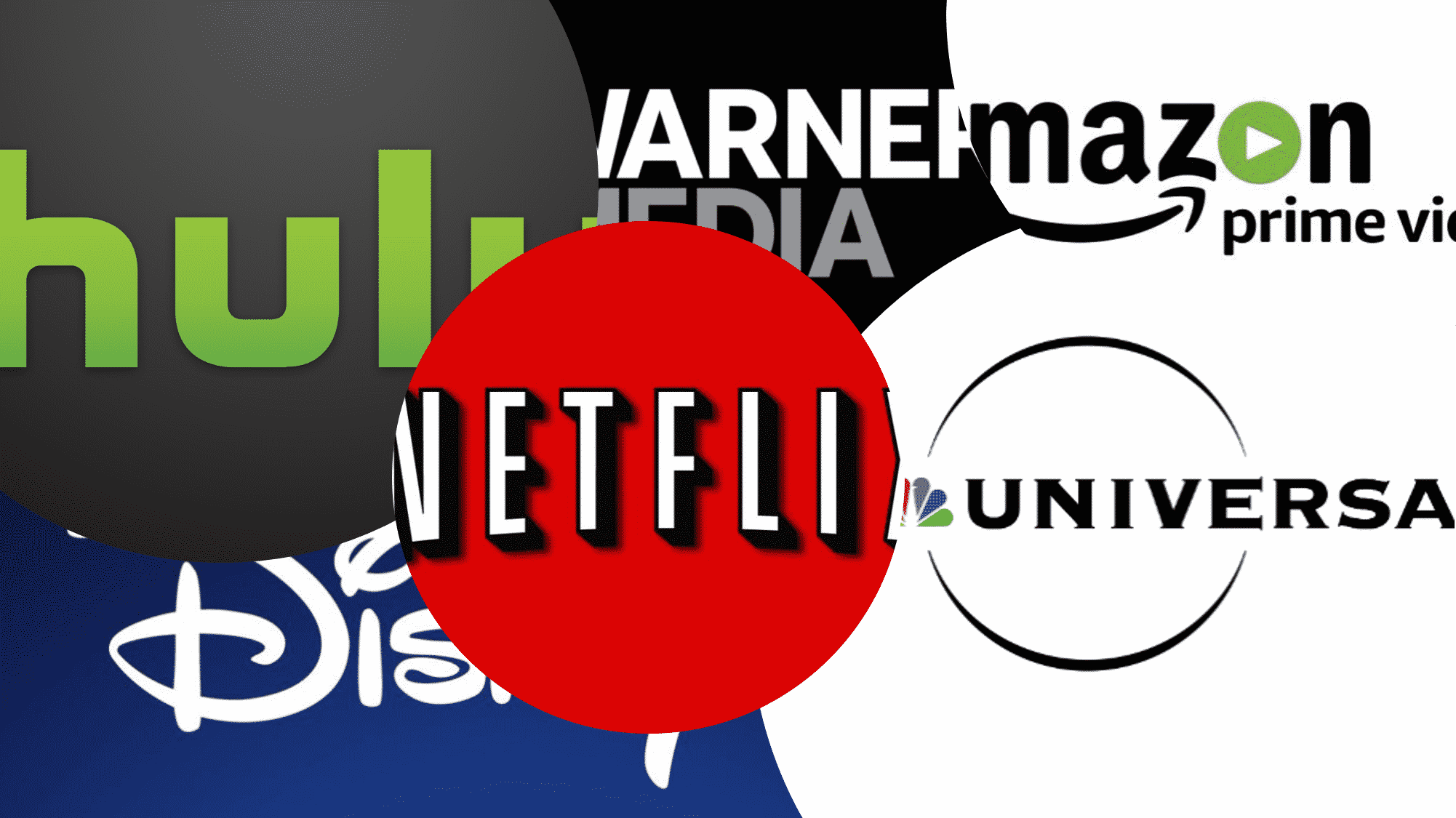 Home movie service has become a factor in our lives since the first rental video shop opened in the late 70s. Home entertainment blew up in a big way that has continuously changed in order to reach the consumer on the comfort of their living room couch. Once the internet was created, it was only a matter of time before video would mix perfectly with the web like using movies to escape reality. 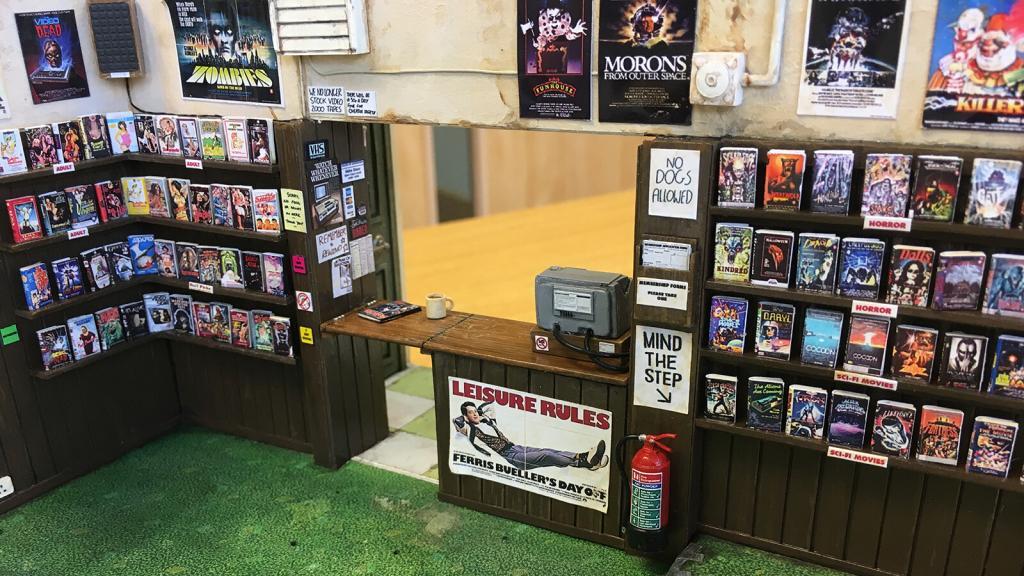 Many business analysts thought that Netflix would fail at the start and fail again when the company introduced streaming movies directly to consumers. Yet, the company knew that it would change the face of entertainment with their monthly subscription and were no longer beholden by the old ways of viewing and ratings.

However, nobody knew that the revolutionized idea would also bring a cyclone of easy access programs brewed with every show we binge, and every movie placed in our queue list that we promise to watch later. The Streaming Wars are coming and it’s going to be a blood bath.

We all know the story of Netflix. It started off as a mail-in service for DVDs and Blu-rays and later introduced a streaming service package deal for their customer at an insanely low price. The balls that Netflix had for this radical idea were so great that studios like Fox, CBS, NBC, WB, Sony, and even Disney—just to name a few—decided to indulge the company by loaning out their properties for the right price.

Quantity over quality was their motto and what could go wrong? Well, nothing did. Due to the high volume of subscribers that easily reached the millions, Netflix decided to take another leap of faith into the pool of original content, which is where we find ourselves today.

Amazon Prime—one of many streaming service passwords that you borrow from your relative— has decided to step up their game in trying to knock Netflix from its pedestal. Sure, they have enough awards to have their own category on the Amazon website but that’s not enough for Jeff Bezos. In case anyone is looking for their fantasy Game of Thrones fix after the series concludes, Amazon Prime has got you covered with a Lord of The Rings series.

Bezos has said in the past that he wants a “Game of Thrones” type show and Tolkien’s work is his answer.  The fanbase for these stories has been built in for over seven decades.

Its runtime time will probably still be shorter than Peter Jackson’s Ultimate hexalogy Lord of The Rings edition.

Earlier in 2018, news got out that Amazon had reached a deal with Blumhouse Productions. The Oscar-winning production company behind such films as Whiplash, The Purge and the Paranormal Activity franchises, Jem and The Holograms—they like to forget that movie—and Get Out is set to create eight feature-length thrillers. That’s a commitment that can span over half a decade but since its Blumhouse, it’ll take less than three years.

I’m sure by now that news of Disney’s streaming service has quietly died out as the company is prepping to jump into the streaming market. What is interesting enough are the lengths that Disney has taken to hit the scene in a big, bad way. CNET.com reported that Disney CEO Bob Iger has gone on record by saying that streaming is Disney’s biggest priority in 2019. Let us not forget that Disney already has several Marvel and Star Wars properties—having easily thrown $500 million dollars at them—in the pipeline for the debut of Disney+.

Once the Fox and Disney merger is done and over with, the House of Mouse will set another stone in its Streaming Gauntlet. 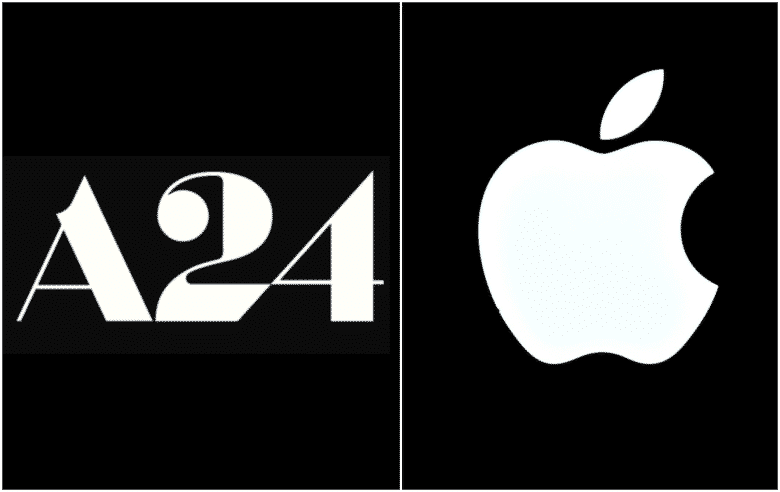 One unexpected faction in all the streaming land is Apple which has been working behind the scenes as well. The tech giant recently acquired a partnership with A24 Films who has been making big waves in the film world. A24 is seen as a favorite for cinephiles and other arthouse film junkies. The agreement is reported by Indiewire and states that Apple will produce multiple films over several years.

Apple iTunes interface is the perfect home for the consumer to easily access these films that will push the limits of storytelling and might bring awards to Apple that are not centered around the tech world.

Hulu…yes, we haven’t forgotten about you. They have recently given the finger to Netflix by dropping their subscription to the “Crazy Gideon” low price of $5.99 when news came out that Netflix would be raising their price to $12.99. Hulu has even continued this “Fuck You” to Netflix by making the largest agreement they’ve ever made in terms of anime programs with Funimation, as reported by Forbes. Netflix has been the go-to for anime if viewers didn’t wish to sign for another service like Crunchyroll, but this deal will surely upset that trend.

Although Hulu is mainly used to catch up on shows that viewers have missed during their busy schedule and a few of their original content, Hulu also has several shareholders that will benefit from this service. Disney will hold sixty percent majority control over its service after the acquisition of Fox. Also, CNBC reports that NBC Universal controls thirty percent which in the long run could be helpful as the broadcasting company announced that it too will create a streaming service. You heard that right; NBC is joining in on the fun in 2020. Je-bus.

Even though Netflix has made it to where it is with a series of good business decisions and a few bad ones, they have not slowed down. Netflix tends to be three steps ahead of the competition when it comes to running an effective business and current events have let it be known that something is on the horizon.

Before anyone can say “Excelsior!”, the snap occurred and three of Netflix’s Marvel shows were canceled. Many were caught off guard by this, but it seems inevitable for the remaining two. It’s been up for debate whether Disney/Marvel or Netflix had pulled the plug on these shows, but Netflix is already refortifying their walls with talent. Earlier in 2018, producer and writer, Shonda Rhimes made news in Hollywood by leaving ABC—owned by Disney—to sign a major deal with Netflix totaling what’s said to be $150 million for eight shows as reported by New York Times. 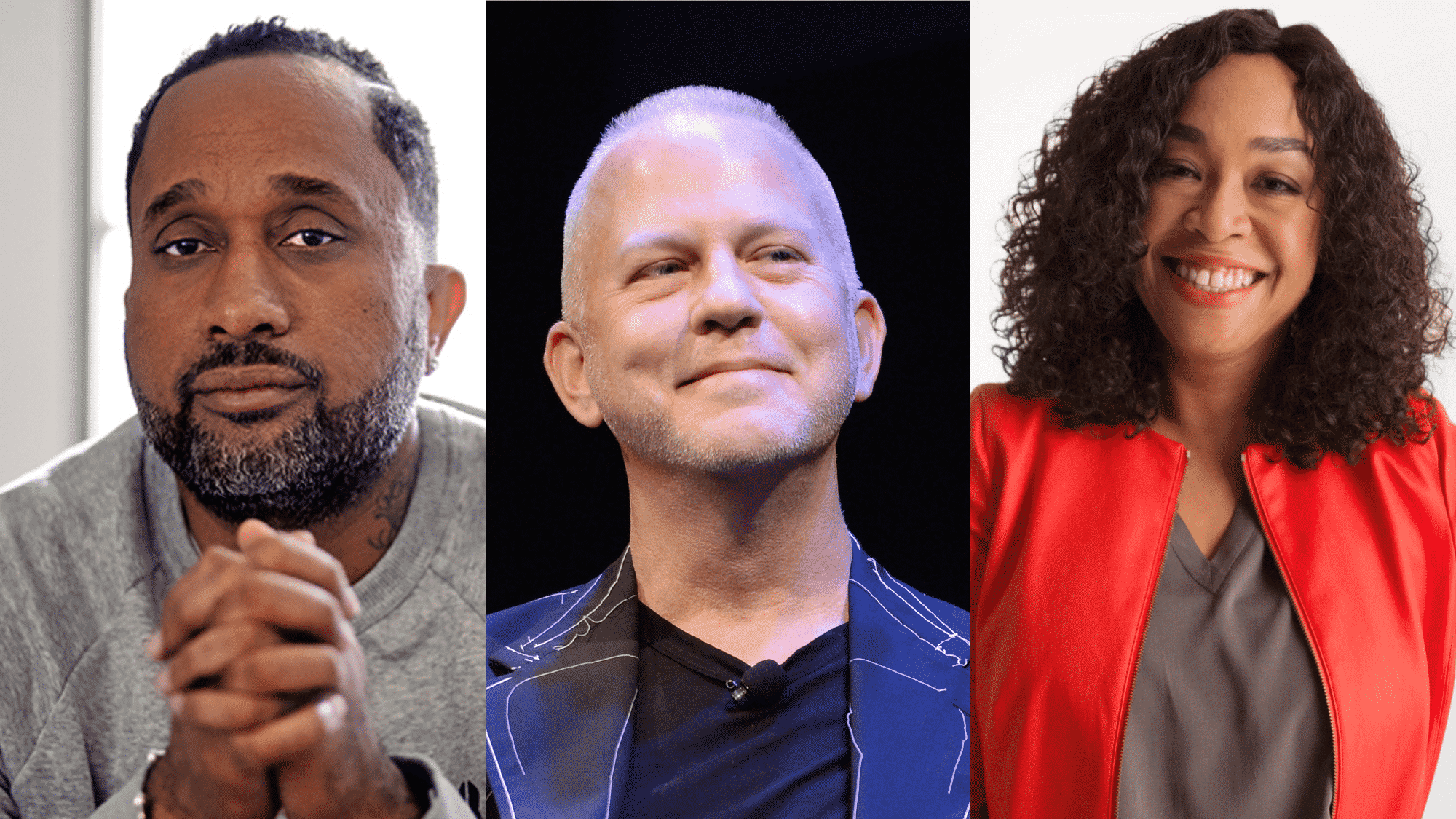 Oh, but that’s not the only talent snagged by Netflix. Ryan Murphy who’s behind The American Horror Story series and a few other big hits for Fox is said ink a deal with the streaming giant along with Blackish—another ABC show—creator Kenya Barris. Barris’s deal is to be $100 Million while Murphy’s agreement has reached upwards to $300 Million. The words you’re looking for are “Ho-ly shit”.

And for good measure, Netflix has brought in the talents of Martin Scorsese and Guillermo Del Toro who are each directing their own passion/dream project for the streaming service. That is a high caliber of talent for “the little streaming company that could.” With all these directors, writers, and showrunners under one roof, Netflix has said to be planning on dumping a total amount to the tune of $8 BILLION (with a “B”) dollars in 2018 with 85% of that money going towards new content for their planned 200 million worldwide subscribers by 2021. Netflix ain’t fucking around. 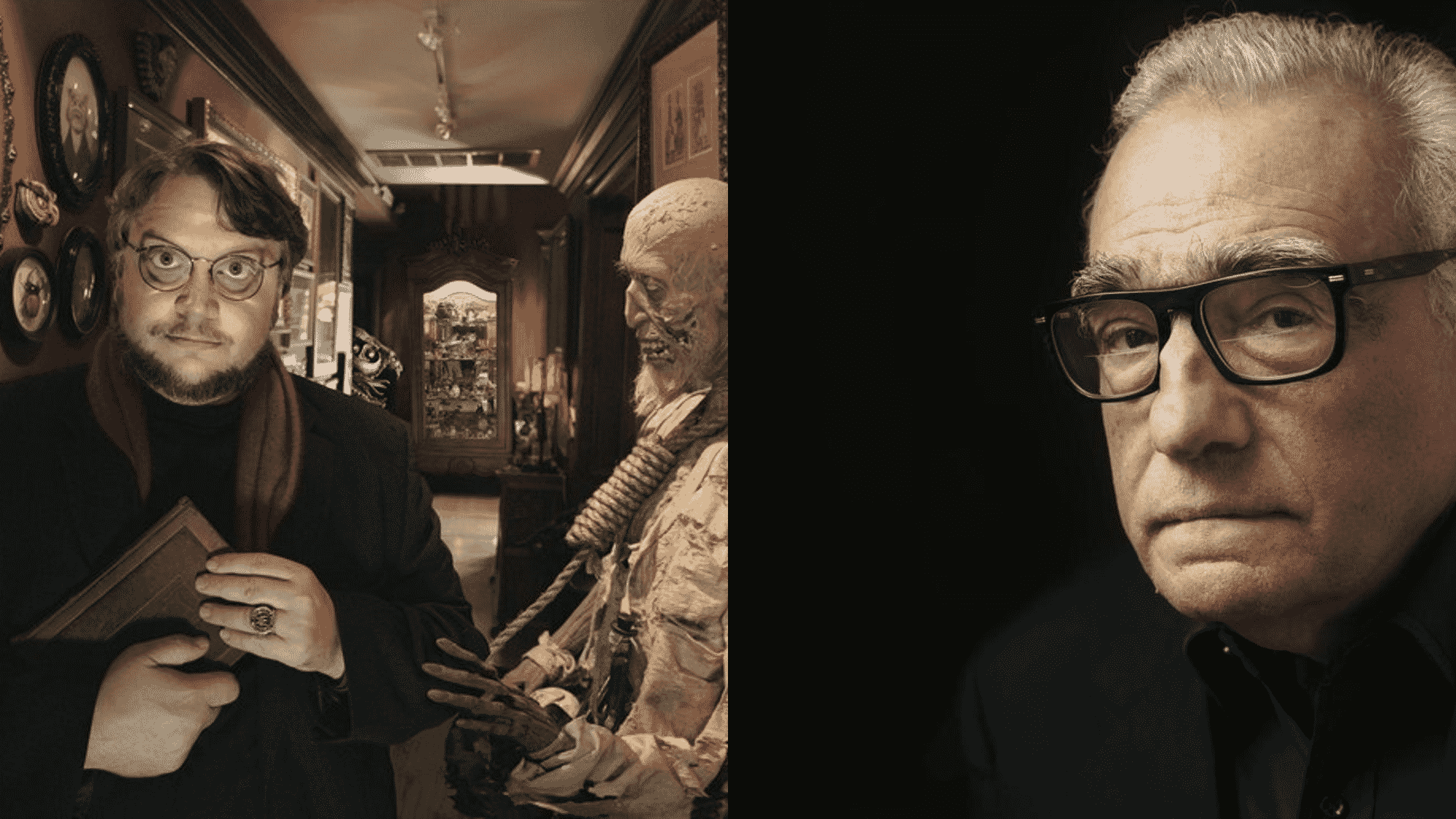 While these companies are dropping serious dollars on showrunners, directors, and new content, let us not forget the other “smaller” services that are close by. CBS Access has been grabbing viewers’ attention with their hit Star Trek: Discovery show and has tapped Oscar-winning writer Jordan Peele to create a new and updated version of the classic anthology show The Twilight Zone.

We have DC Universe for your DC Comic book movie needs that will be joined with WB’s streaming service. Yup, WB is planning a streaming service as well. Surprisingly, Sony—of all people—has been shopping around for business partners to help grow their Crackle property.

The number of entertainment streaming selections keeps growing every year and there seems to be no end in sight. Many major studios and tech companies are looking to expand in the world of entertainment because the consumer’s need to attend the theaters are dwindling. Soon, we will find ourselves shopping for low priced streaming service bundles which is ironic since that was the reason to cut cable and satellite television out of our lives. If you think I’m crazy, here’s the list of streaming services available as of November 2018, provided by Flixed.io:

When the Streaming Wars comes to a head, just remember to choose wisely. 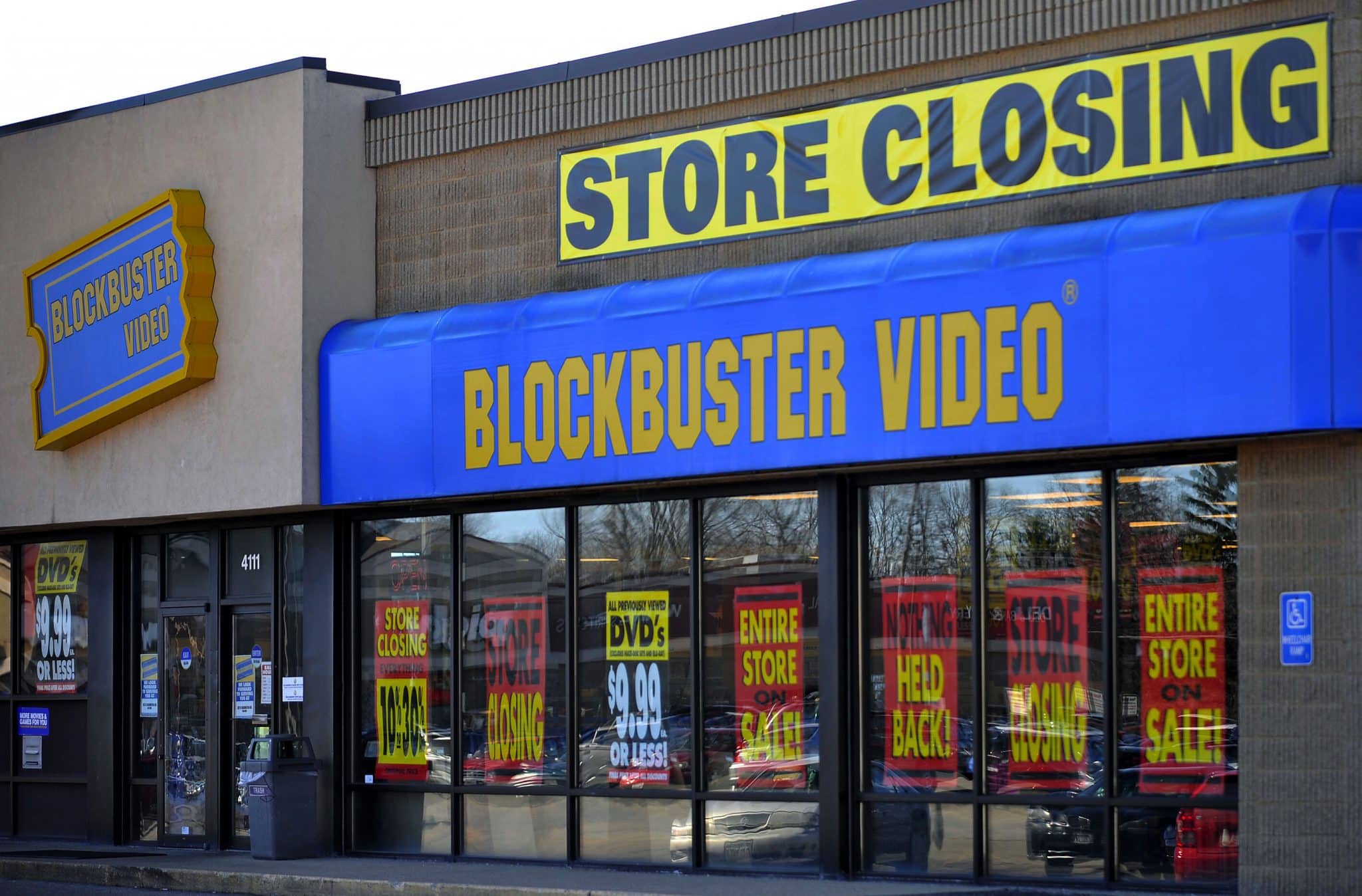