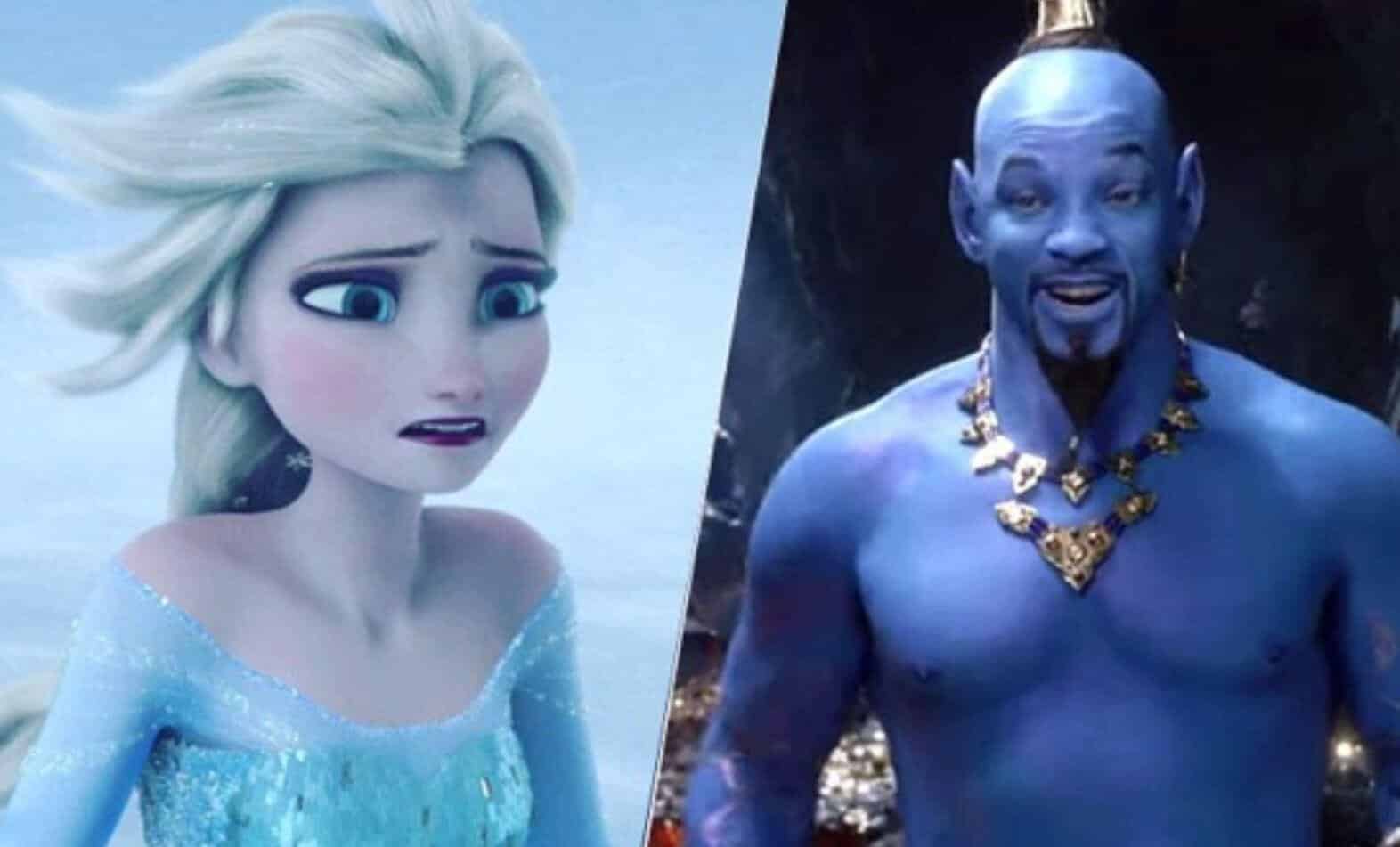 Disney’s 2019 is shaping up to perhaps the most sizable single year slate of all time. With Avengers: End Game, Toy Story 4, Lion King, and Star Wars Episode 9 all hitting theaters, its crazy to think about how much money Disney could rake in this year. Both Frozen 2 and Aladdin also come out from Disney this year, with both films recently premiering their first respective teasers.

Both teasers made an impact, but for completely different reasons. While many fans were enchanted by the fresh look of Frozen 2, the internet shared a collective laugh when it came to the bizarre Aladdin teaser, which featured an equally horrifying and hilarious transformation of Will Smith into the Genie. According to a few rumors on Twitter however, it appears that the Frozen 2 trailer was moved up due to poor buzz for Aladdin.

Yup. In fact it was supposed to come out next month… https://t.co/e4CCuF6TYV

While its impossible to confirm these theories without Disney‘s affirmation, it does sound like this was a case of Disney trying to save face. It’s comical how much anticipation and hype Disney tried to create for the Aladdin teaser during its premier during the Grammy’s, as the end result looks like a parody of sorts. Disney is typically fairly good at hiding major errors with their projects, so when a teaser like that comes out and is that bad, its fairly surprising to see.

As for Frozen 2, I am glad this sequel doesn’t seem to be resting on the success of its original. It would have been easy for Disney to slap together a teaser that played off people’s nostalgia of the original, but this new teaser thankfully shows a sequel that’s looking to build upon its predecessor.

Continue Reading
You may also like...
Related Topics:Aladdin, Disney, Frozen 2, Will Smith

Batman vs. Teenage Mutant Ninja Turtles Animated Movie Coming This Spring; First Images Revealed
Two ‘Alien’ Series Rumored To Be In The Works – One From Ridley Scott At Hulu
Advertisement
Advertisement
To Top