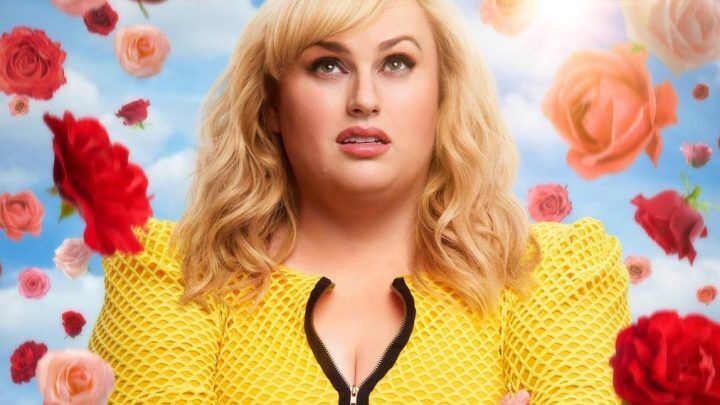 The romantic comedy genre has recently been revived from the grave. Films like Crazy Rich Asians and Set It Up have shown that the genre still can be both popular and lead to fairly charming films simultaneously. The latest romantic comedy Isn’t It Romantic skewers the conventions of the genre while playing ode to them, impressively pulling off that balance with loads of charm and heart.

Isn’t It Romantic follows Natalie, a young business woman who resents the made-up world that romantic comedies create. When she is knocked out, she awakes to find that she is trapped inside the world of a romantic comedy, realizing she has to find true love in order to escape.

Tackling the tride and true genre with a clever eye and modern sensibility, Isn’t It Romantic succeeds where most romantic comedies fail, giving audiences a clever and surprisingly successful revamp.

Director Todd Strauss-Schulson isn’t new to satirizing genre, doing so successfully with the underrated indie The Final Girls. With his latest project, Schulson is walking the tightrope of trying to satirize the romantic comedy genre while also celebrating it, which requires a deft handling of tone that is present throughout. This movie doesn’t roast the genre with cynicism, rather pointing out its problems and embracing the qualities that make the genre stand out with fans. Schulson’s film utilizes its rom-com fantasy premise in some interesting ways visually, including a few creative dance numbers that serve as some of the film’s highlight moments.

It’s one thing to attempt to satirize a genre, something that has become much more commonplace since the popularity of Deadpool, but Isn’t It Romantic impressively follows through with its goals. The script (collaborated on by three writers) is strong at cleverly pointing out different contrivances of the genre, often doing so with strong comedic effect. Most importantly, the script’s approach to its characters and story are much more thoughtful and original than the standard romantic comedy, with the message about positive self-image being conveyed without any preachiness.

Casting-wise, both Rebel Wilson and Adam Devine were interesting casting choices for the leads. Both actors have suffered from typecasting in their film careers, often relegated to play obnoxious and brash characters. Giving some good material and the opportunity to tone down their usual shtick, both actors deliver some of their best work. Wilson commands the screen with her charm and everyman persona, with the audience quickly cheering alongside her due to her likable presence. Devine is quite funny and likable as an everyday dude bro, while co-stars Liam Hemsworth, Brandon Scott Jones and Priyanka Chopra are also quite good in their roles as romantic comedy cliches.

Isn’t It Romantic sadly is a few steps away from reaching the ranks of romantic comedy greatness. While there are laughs to be had, the script doesn’t take as much advantage of its premise as it could have. Many of the film’s most staged jokes are surprisingly lackluster, often making broad observations that aren’t really that clever. It’s more so the minor discoveries and nuances that have humor, with the overall comedic impact of the film being largely mixed because of that.

That being said, Isn’t It Romantic is one of the few movies that actually has something to add to the romantic comedy genre. It’s laughs might not always register, but the film’s thoughtfulness and ever-beating heart more than make up for it.

Tags: Isn't It Romanticromantic comedy
No Result
View All Result