‘Back To The Future’ Is A Seriously F***ed Up Movie 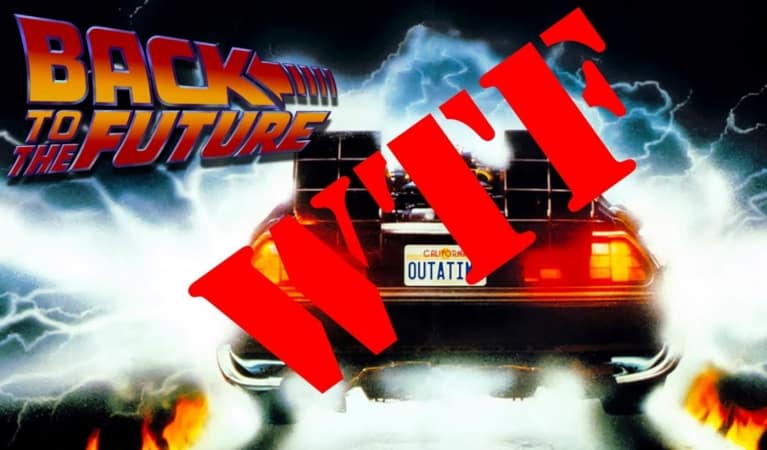 Back to the Future is a shining example of movie popularity and nostalgia. The film has had a loyal fanbase since it premiered in 1985 that still goes strong to this day. The success of the movie has spawned a couple of sequels, video games, a Saturday morning cartoon, art, and fashion. Back to the Future went on to be placed on a high pedestal with movies like The Godfather, Who Framed Roger Rabbit, 2001: A Space Odyssey, and The Goonies—just to name a few—that are considered films that should never be remade. How can anyone recapture the amazing fun, excitement and adventure director Robert Zemeckis and writer Bob Gale gave us in the form of a DeLorean, a wild-eyed scientist, and a kid on a skateboard? It’s damn near impossible to find anyone that doesn’t enjoy these films to some degree.

Yet, one thing no one has considered is the underlying truth the film presents. From low-level racism to objectifying women, to a man’s obsession that could break the fabric of time and space; Back to the Future is a pretty messed up movie once you take a closer look. 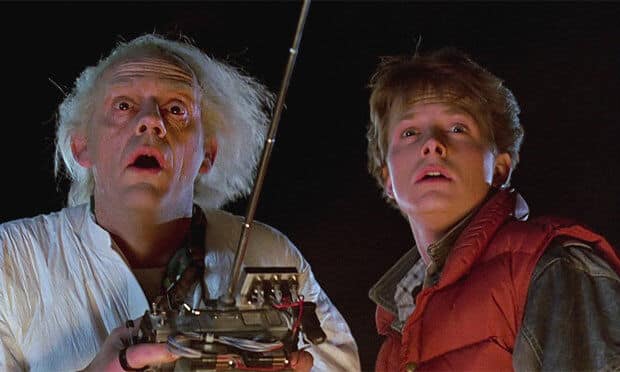 Now I know what you’re going to froth at the mouth with: “You’re just a hater, Mark!”

On the contrary. I still love this film – and have since the first day I popped a copy into my VCR when I was young. Hell, my blood even boiled when rumor around the campfire began to spread that a remake starring Justin Bieber popped up in 2010 and again in 2015. So, wipe that angry spit from your chin and loosen up those self-lacing shoes.

Hill Valley High School’s outer appearance displays a level of trash and sadness with graffiti on the walls. I can appreciate street art when done well, but the writing on the wall is lazy at best.

When it comes to the past, Hill Valley looks like it resides in the Twilight Zone. Marty steps into the 1955 town square and The Chordettes’s Mr. Sandman is cued for the soundtrack. The scene is supposed to convey a level of dreamlike disbelief but gives off a spine-tingling, skin crawl feeling of a “White Haven” that would be any black person’s worst nightmare. I was expecting a background character to say, “Hey Linda, will the wife and I be expecting you at tonight’s lynching?”

The players in the film can be problematic. Character development is no issue in the film but the main cast and some of the secondary characters’ actions are written in a way that’ll raise some eyebrows when reexamined. Case in point: Doctor Emmett Brown. Christopher Lloyd’s performance as the mad scientist with great hair—you know that lock of hair is amazing—it’s fun to watch but, really think about his character’s intentions.

His character was hired by terrorists to steal plutonium in order to make a bomb that would surely cause mass destruction. Instead, his true intentions were to build a device out of a DeLorean, a part of car history steeped in cocaine – look it up – that literally breaks reality. Talk about heavy. One man’s obsession is going to be the destruction of time, or at least create multiple chaotic timelines.

The McFly family is another issue within the film that gives any viewer a series of extreme “wait…what!?” when attention is paid in full. Lorraine Baines’s sole purpose is to be every boy’s girl-next-door-wet-dream fantasy and birth Marty and his siblings. There are several times where Lorraine is objectified by a very rapey Biff Tannen and George McFly, the perverted shy nerd that couldn’t get a date even if his own son was the wingman. I’m in no way bothered by Lorraine’s sexual awakening during the film, but the idea that her character is almost raped in front of a crowd is jacked up.

Her prize by the end of the film is marrying the guy that was her peeping-Tom – unbeknownst to her -which conveys the message, “Hey little girls, your knight in shining armor is peeking through your window – but that’s okay just as long as he asks you to the high school dance.” 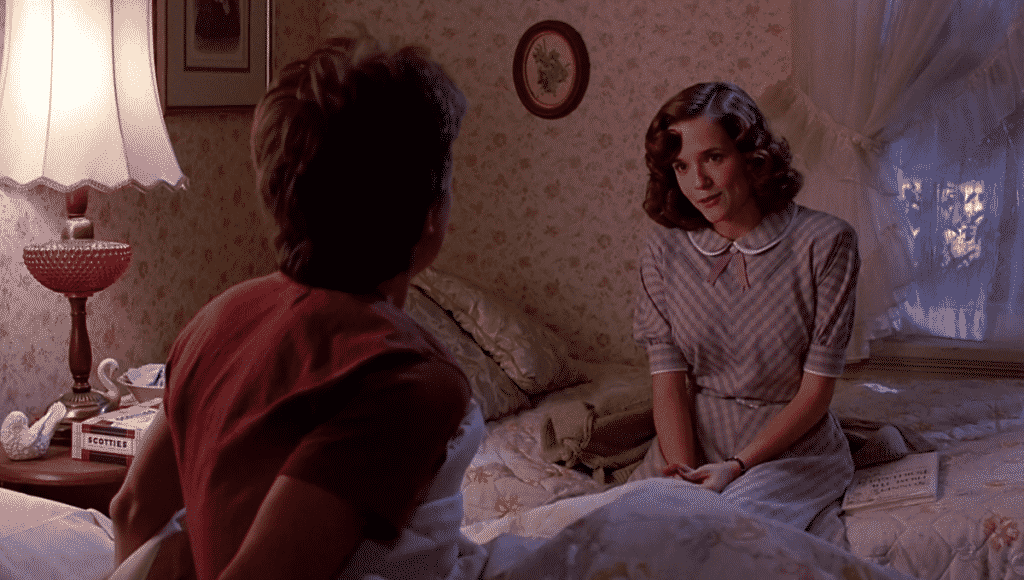 Marty, whose character is well-fitted as a stereotypical lazy teenager, goes through a few events that would cause a psychotic break in anyone of that age. The kid sees his best friend die right before his eyes, must wrap his head around time travel when he’s blasted into 1955, and he, his brother, and sister are on the verge of being erased from existence. Also, Marty seems not to realize the gravity of his actions when he comes back to his present day. Marty’s actions may have done wonders for his mom and dad but there must be a large cost that comes with that on a scale equivalent to the Butterfly Effect.

No one really knows the countless lives that were affected because of Doc’s obsession and Marty’s intervening with the natural course of time that was set in stone. The changes in the film’s timeline were so great that it completely changed Marty’s girlfriend, Jennifer Parker, and George McFly in the future. 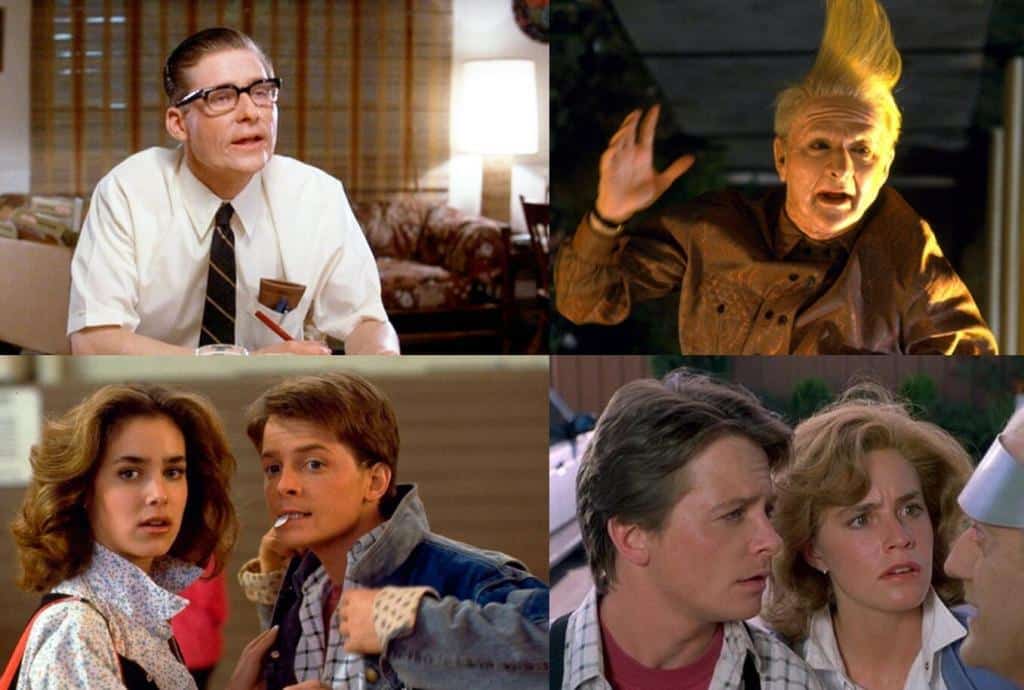 Lastly, something has always bothered me about the film that I couldn’t put my finger on as a child. It wasn’t until later on that I realized the film’s use of serious racist undertones are pushed aside as a gag or one of those “that was just a part of the times” moments. The first one is the idea of a Goldie Wilson becoming the mayor of Hill Valley. A “colored mayor” is seen as so outrageous that the idea of time travel was probably less of a fantasy than a Mayor Goldie Wilson.

Another example of racism thrown around is when one of Biff Tannen’s goons straight up calls a member of Marvin Berry and the Starlighters a “spook”. For those not in the know or wish to play dumb, Spook was used as a derogatory term for black people in the 1940s and 50s. Of course, the members of the band have to shut up and take the insult because stomping a mudhole in 3-D’s ass—that’s the character’s name—would have caused an all-white crowd to call for their heads in the end. 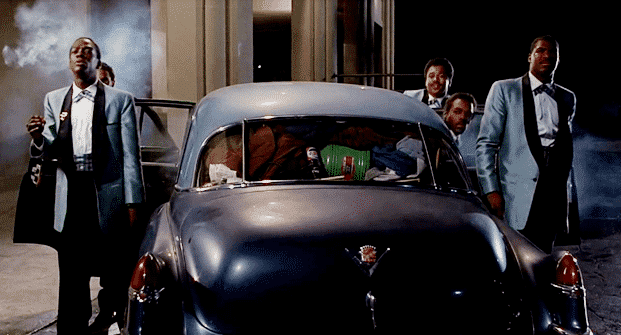 Though there are so many ethical and moral issues in Back to the Future, anyone can still enjoy this film if you turn off your brain before Marty destroys Doc’s amplifier. Power of Love by Huey Lewis and the News is still a catchy tune along with that classic soundtrack by Alan Silvestri and the effects are still amazing. Even the sequels are enjoyable to watch—to varying degrees—and the cultural impact from the film is still felt to this day. It’s a delicious piece of comfort cinema that can easily be digested through many cultures in many parts of the world.

Just remember that once the film starts, you’re gonna see some serious shit.

Tags: Back To The Future
No Result
View All Result
ADVERTISEMENT