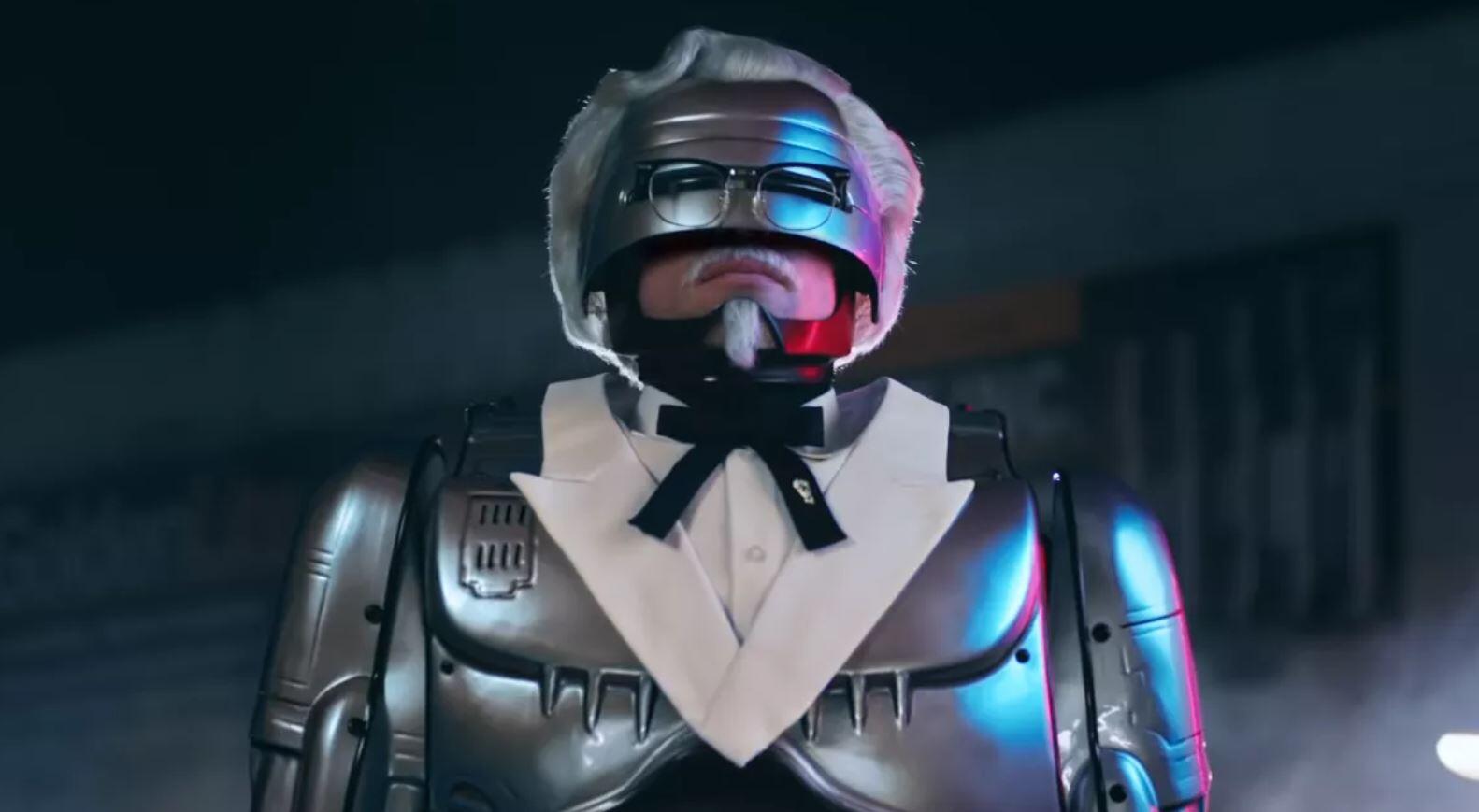 RoboCop is back, not yet for another movie, but in a new series of insane commercials for KFC. That’s right, the iconic cyborg super cop is now a mascot for a fast food chain.

Now KFC is no stranger to making weird marketing decisions and casting new actors and celebrities to represent Colonel Sanders. But RoboCop is an entirely different story, giving rise to a marketing campaign that isn’t just likely to go viral but also draw in fans of a decades old cult franchise. A good decision for whoever came up with it indeed.

The advertisements go from amusing to absolutely crazy, with a side of Evil Dead-esque slapstick humor. It’s definitely worth watching if you’re a fan of the quirky, Verhoeven original RoboCop movie.

It’s also worth noting that original RoboCop actor Peter Weller returned to voice the character! Hopefully he’ll choose to also come back for Neill Blomkamp’s RoboCop Returns, a direct sequel to the 1987 original.

“Anarchy reigns and the fate of Detroit hangs in the balance as RoboCop makes his triumphant return to fight crime and corruption.”

It’s certainly exciting getting to see RoboCop come back in so many different capacities all at once. While everything old is starting to become new again in 2019, RoboCop is a character that hasn’t quite been portrayed properly since his debut. And I’m certain that the wackiness of these ads are just a light tease for the satirical and bloody RoboCop Returns we can expect from Blomkamp.

How do you feel about the new KFC advertisements featuring RoboCop and the return of Peter Weller? Do they make you more excited for Neill Blomkamp’s upcoming film? Let us know in the comments section down below!

Continue Reading
You may also like...
Related Topics:KFC, RoboCop