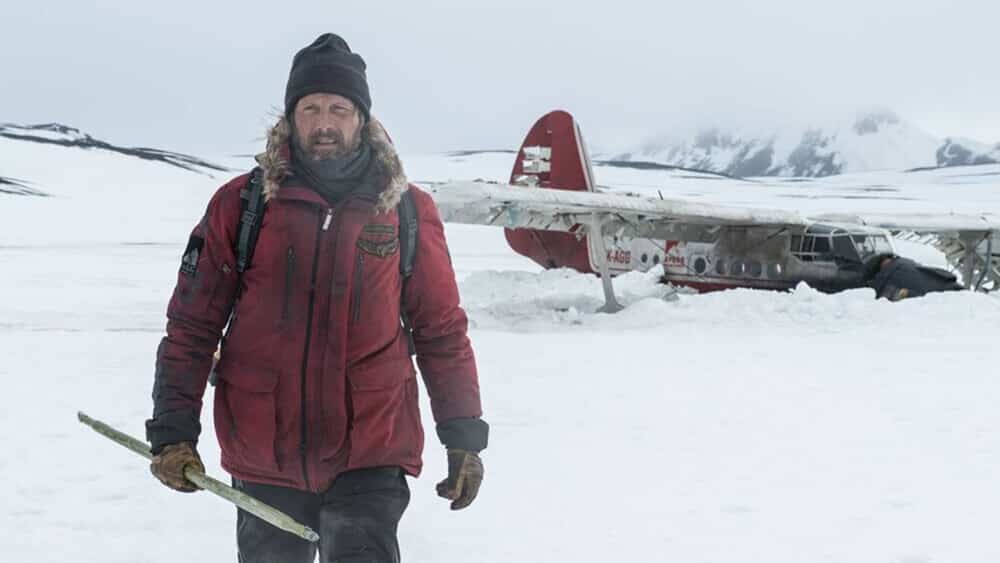 Mads Mikkelsen has been type-casted in most mainstream films as a villain, such as Doctor Strange and Casino Royale. I’ve always found that to be a shame, as it undercuts the vast talent and humanity Mikkelsen imbues into roles. His latest film Arctic puts his talents on full display, leading to a quiet yet captivating survival film.

Arctic follows Overgard, a pilot stranded in the Arctic after an airplane crash. In order to survive, he must ditch his make-shift home base to make a lengthy trek towards civilization.

Arctic’s tale of survival doesn’t break the mold of its genre, but it does provide for an engaging and refreshingly authentic spin that makes it amongst the best films to be released this year so far.

Director Joe Penna started his career on Youtube, making a strong impression with his assured directorial debut. Penna is smart enough to know the strengths of his desolate location, utilizing a straightforward visual style to capture the vast artic. Even with the lack of style, Penna is able to evoke tension and emotion throughout, with it simmering under the surface with each desperate act of survival.

I appreciate Penna’s focus on authenticity at every corner, capturing each pragmatic detail in Overgard’s day-to-day goal to survive. Unlike a lot of survival films that progress narrative beats with melodramatic beats, Arctic’s story remains grounded, making the prevalent dangers all the more real. This film had me on the edge of seat throughout, with each minute decision being the difference between life and death.

It’s Mikkelson and his extensive talents though that carry much of this film. While the script is sparse when it comes to dialogue and other characters, Mikkelson never makes that feel like a deficiency, interjecting nuanced emotions just through his natural expressions. The character of Overgard is mostly established as an everyman, yet Mikelson is able to make each struggle and triumph resonate with authenticity and genuine emotion. It’s these moments that make Arctic much more than your typical survival film.