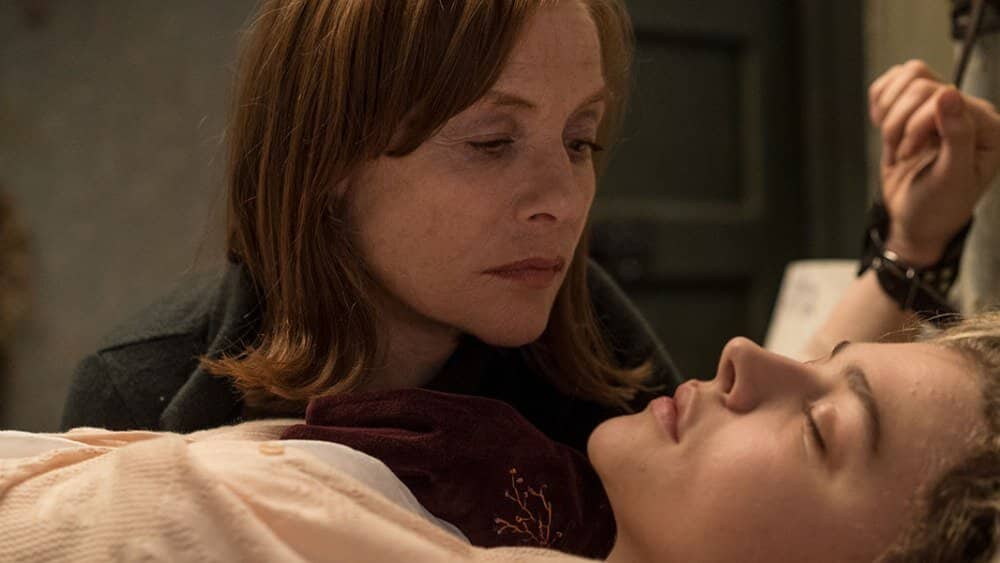 Featuring the talents of Interview with a Vampire’s Niel Jordan behind the camera and Oscar nominee Isabelle Huppert in front of it, many would expect Greta to be a film of significant stature. Instead, its acclaimed group trades their usually weighty material for B-movie camp, crafting an assured thriller that packs some wild surprises under its surface.

Greta follows Frances, a girl living in New York trying to get over the recent loss of her mother. After returning a missing purse to a friendly woman named Greta, the two begin to form a genuine bond. Frances soon learns however that all isn’t what it seems with Greta.

Many will pass Greta off as an ordinary campy thriller, yet it is hard to deny just how much the material is elevated by its core performances. Isabelle Huppert, in particular, is a delight, owning the screen throughout as Greta. Huppert’s effortless range from sweet-mannered woman to pure lunacy steals the screen throughout, with her utter conviction breathing life into the character. Despite her slight stature, Huppert’s performance makes the character a truly menacing figure. Chole Mortez is solid as the likable Frances, and It Follows star Maika Monroe makes a strong impression as Frances’ quick-witted friend.

Niel Jordan’s script may follow some familiar footing, but it thankfully never takes itself too seriously. The script provides inventive surprises and hilariously outrageous moments that will leave audiences roaring, yet Jordan is able to make sure his film never becomes too self-aware for its steaks to be undermined. Jordan’s visual style fits the material like a glove, with the refined look making an interesting clash with the movie’s sillier sensibilities.

Greta entertains throughout but does leave something to be desired. Even with its campier sensibilities, the film is devoid of substance or thematic ideas to give it any deeper purpose, making it feel fairly sleight as a whole. The script does add some interesting twists and turns, yet the narrative is still treading in familiar waters with its creepy stalker premise.

Greta may not shatter genre conventions, but it does provide for a thoroughly entertaining and batty take on its tride-and-ture premise.

Continue Reading
You may also like...
Related Topics:Greta, Horror