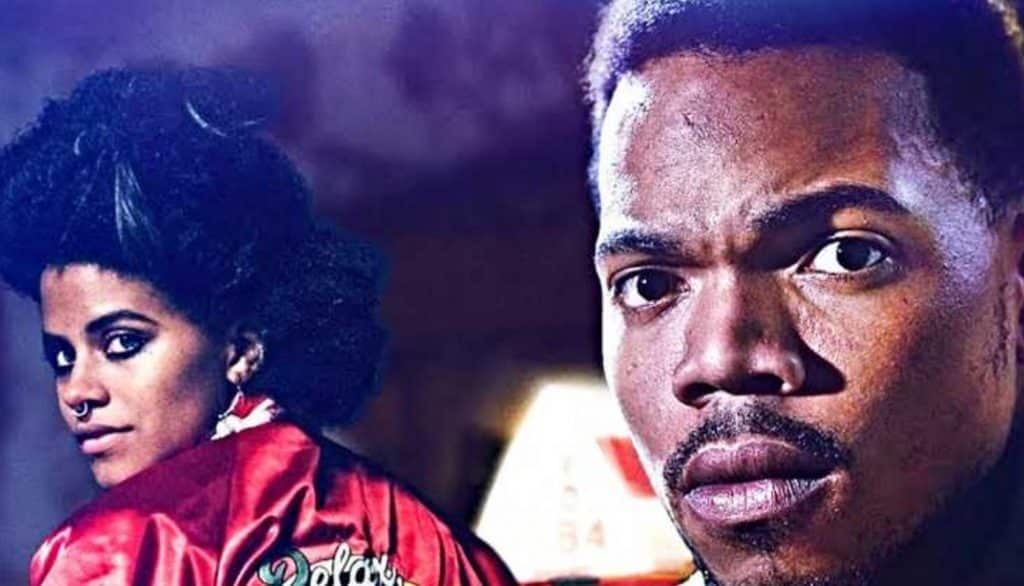 A horror/sci-fi/comedy featuring the likes of Deadpool 2’s Zazie Beetz and Chance the Rapper, Slice is a genre movie that has a lot of ideas on display. While its mix of genres leads to some goofy fun moments, it also creates a quagmire of a film that never quite finds its footing.

Set in a world where werewolves, witches, and ghosts are feared by everyday citizens, Slice follows the mysterious murders of a set of pizza delivery workers, whose store may just be the entry gate into Hell. It’s up to some unlikely heroes to save the day.

Slice is at its best when its embracing its utter goofiness. Austin Vesely’s script throws the kitchen sink of supernatural concepts into this movie, but that mentality ends up being a decent match for the film’s fast and furious comedic moments. Even with its respective missteps, Vesely’s inspiration both as a writer and a director feel ever-present on screen. The film’s noticeable cheap look and effects actually kind of work for this type of B-material, giving the film an earnest charm.

Elevating the material substantial is the film’s talented comedic cast. While most of the supporting players make a relatively small appearance (Hannibal Buress and Stranger Things Joe Keeery are particularly wasted), most of the core cast do a solid job. Chance the Rapper’s acting debut isn’t perfect, but his deadpan comedic delivery makes up for a few wooden deliveries. Zazie Beetz continues to prove herself as one of Hollywood’s strongest upcoming actors, while Paul Scheer adds some much needed comedic spark to the film.

The best intentions however don’t always make for the best films, as Slice can’t quite achieve its admirable balance. Tonally, the film just never finds a cohesive voice, as the film’s more successful comedic moments are often sidelined by genre cliches. Even at an extremely slight 83 minute running time, theres quite a few dry spells where melodrama takes center stage over creating an entertaining film.

While I admire Vesely’s inspirations, the script is the definition of half-baked. As an ensemble movie, this film never finds its focus narrative-wise, often drifting from one subplot to another. That kind of structure can work, but it fails to when most of the characters lack any sort of meaningful characterization. Anytime the film attempts to being anything more than genre fun, it falls flat on its face.

Slice has more merit than its dumped-on-VOD release would tell you, but its a bit too unfocused to come together as it should.

Continue Reading
You may also like...
Related Topics:A24, Horror, Slice