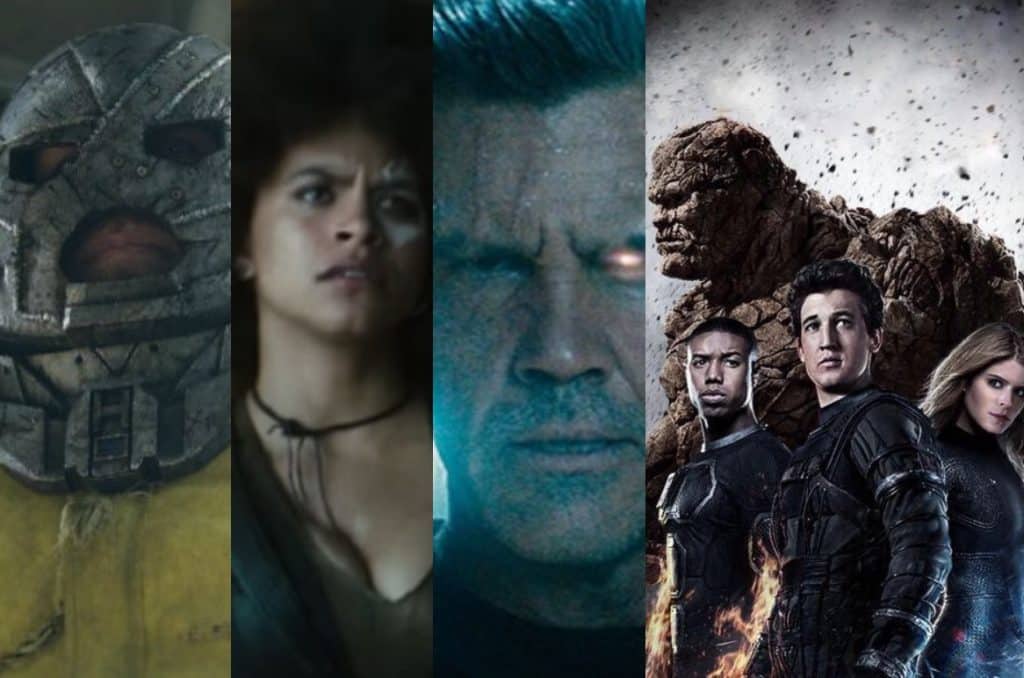 The first Deadpool movie was a resounding success, becoming one of the highest grossing R rated films of all time. This is doubly amazing when you consider that the director, Tim Miller, was helming his first movie ever. So, naturally, he was pegged to direct Deadpool 2 as well. But, after some creative differences with star and Deadpool connoisseur, Ryan Reynolds, Miller left the project for possibly greener pastures (the next Terminator film, a sequel to T2: Judgement Day that will ignore all the other sequels). He was replaced by John Wick co-director, David Leitch. However, he did do some pre production work, including some concept art for Juggernaut, Domino, Cable and Fantastic Four which has now leaked online.

The first piece of concept art is of Juggernaut, the hulking antagonist who fought Colossus in the film and, for some reason, most people totally missed that he crawled out of the water after the battle and survived (especially since people are saying they’re finding in the digital release, but it was totally visible during the theatrical release. However, I digress…).

The surprise character that was kept to nothing more than pure speculation before the film’s release, this version was a far more comic accurate looking behemoth than the previous silver screen version portrayed by Vinnie Jones in Ratner-helmed, horrendous X3: The Last Stand.

And, while the version we got in Deadpool 2 was great, Miller’s version was very similar, but instead of the yellow prison jumpsuit, he had metal gauntlets, a torn white t shirt, and brown jeans, along with a pretty epic looking helmet/shoulder rig. This version may have been enough to quiet the few haters who have lambasted Reynolds’ version of the character.

Now, while the Leitch version of Juggernaut was pretty close to Miller’s concept, Domino was anything but. As seen from the released concept art, The original version was a little more comic accurate, with a real Special Forces kind of feel. One of the three images released has an almost Winter Soldier-esque feel. This look was a very militant look, which would have probably failed in this film.

Zazie Beetz really brought the character to life and was the breakout star of the film. This concept art look would have probably stifled the performance we got, locking her into a militant style box.

The third piece of concept art was for Cable. Now, this one is the most comic accurate, looking like it came right out of the pages of the Deadpool/Cable comic book series. A far stretch from what we got on screen, this look may have been the hardest to pull off on screen.

However, while many people haven’t had the highest praises for Brolin’s Cable in the film, including himself, I personally enjoyed his take on the character, and the look made more sense for this particular universe.

CABLE!
…character design for the tim miller version of deadpool 2 (3/5).
…wished they would have gone with a more futuristic weapon but at least the poncho stayed 😉#Cable #AlexanderLozano #Marvel pic.twitter.com/xuhzsS2Vix

And last but definitely least, 2015’s Fantastic Four was set to make an appearance in Miller’s film – and The Thing actually looks pretty cool.

Concept artist Alexander Lozano, who has also done work on the upcoming Spider-Man PS4 video game, released these concept art pieces on his Instagram from the 8 months that Miller was still on the project. We will probably never know just what Miller’s version would have been like, but the movie we did get was a great sequel to the original, and has setup up for a third film for sure.

What do you think of this art? Would you have preferred these versions on the big screen? Be sure to let us know all of your thoughts in the comments down below!

The Dark And Bloody Thanos Scene That Was Cut From ‘Avengers: Infinity War’
James Gunn Has A Horror Movie Coming From Sony Pictures In October
Advertisement
Advertisement
To Top