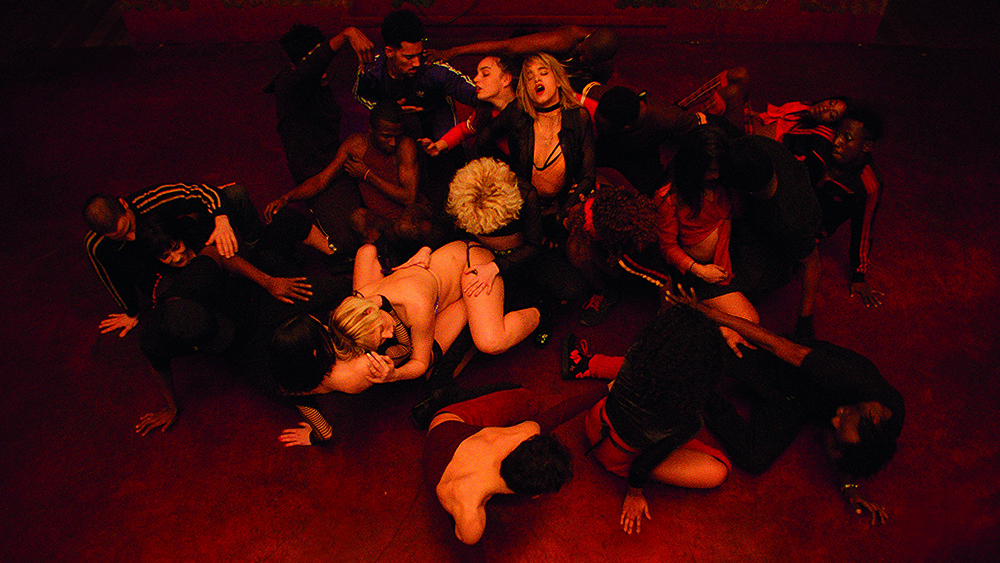 Like many indie filmmakers, Gasper Noe is a director who leaves a noticeable impression with audiences. His often audacious stylish endeavors like Enter the Void and Love have gained Noe a fair share of fans and haters alike. Fans would call Noe a visceral genius, while critics would claim his movies to be pointless bores. His latest effort Climax makes another stylish impression, but it can’t quite stick the landing.

Climax follows a group of French dancers, who gather to rehearse and celebrate one night. When it’s soon discovered that someone has spiked the punch, the group begin to experience hallucinations as they find themselves trapped in a nightmare.

Forgoing the conventions of narrative and structure, Noe creates two distinctly hypnotic displays of youth. While each has their alluring qualities, Climax as a whole is never able to sustain that intrigue for its duration.

Climax’s most definable trait is Noe’s direction, which finds the auteur delivering yet another boldly boisterous film. While some of his framing device quirks and stylistic choices may be debated by audiences, his smooth camerawork cannot be disputed. Climax is at its best when Noe is alluring audiences with his visceral power, with the film featuring many dynamic dance sequences and nightmarish moments that linger with realistic effect. His dynamic use of color and score makes a noticeable impression throughout, intensifying scenes with proper energy.

Many claim Noe to be vapid in his efforts, but I wouldn’t say that about his latest. Climax’s juxtapositioning halves act as decidedly different depictions of youth, one a celebration of its life and spirit, the other a descent into a drug-filled reality. Noe explores these concepts less through dialogue and characters, but rather the visual style he develops for each half.

Conceptually sound, it’s a shame that Climax ultimately cant equal its dynamic style with substance. While I appreciate what this movie is about and how it tries to accomplish that, the motif ends up being fairly simplistic, never building upon its base ideas with much depth. Outside of its core motif and filmmaking, Climax offers very little in terms of characters and narrative, with stock roles and hit-or-miss dialogue failing to make the dance team very compelling. The film’s cast (led by Sofia Boutella), is fine but relegated to largely thankless roles.

What Climax ends up being is a tale of two halves, each starting with promise before morphing into abrasive, yet paper-thin execution. I am sure Noe’s surrealist vision will garner a lot of fans, and I appreciate his filmmaking verve overall.

Continue Reading
You may also like...
Related Topics:A24, Climax