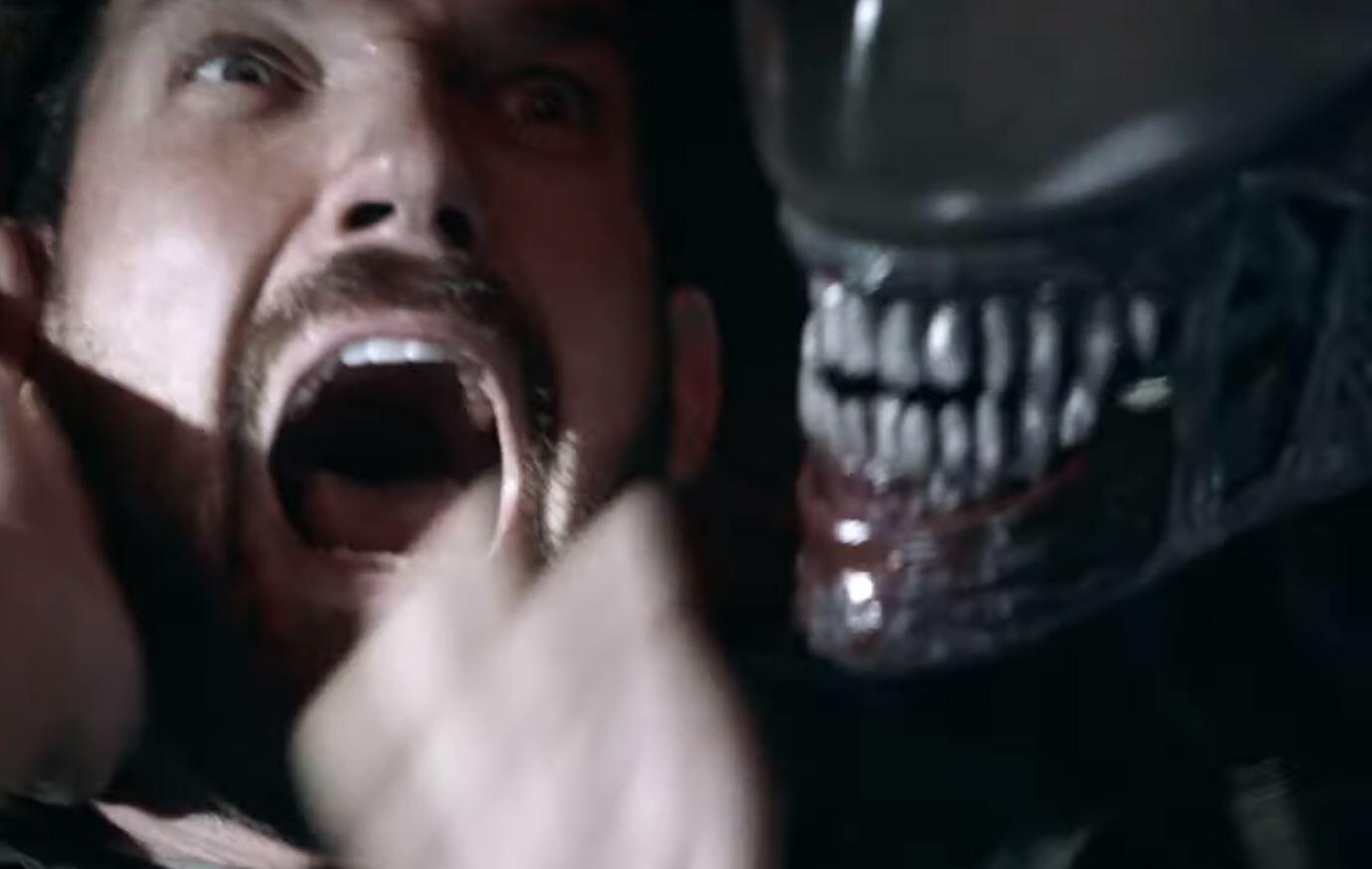 The Alien brand is at a bit of a crossroads. While it has still thrived in the video game department with Alien: Isolation, the film franchise suffered a big loss when Alien – Covenant severely underperformed at the box office. With the Disney and Fox dealer coming closer to completion, many fans are left wondering what the future will hold for the franchise.

While there are still no new developments for the franchise’s big-screen future, it appears that the Alien brand will continue to grow onscreen. In celebration of Alien’s 40th Anniversary, Fox is releasing six new short films directed by six respective independent creators. Check out the trailer alongside the official plot descriptions below:

To celebrate the 40th anniversary of Ridley Scott’s groundbreaking sci-fi horror film Alien (1979), six visionary filmmakers were selected to bring their Alien-inspired stories to life. From terrifying escapes, to Facehuggers and Xenomorphs, these captivating shorts brings forth an exciting new narrative for fans while paying homage to the original film.

Plot descriptions have also been released:

ALIEN: Alone – Written and Directed by Noah Miller – Hope, an abandoned crew member aboard the derelict chemical hauler Otranto, has spent a year trying to keep her ship and herself alive as both slowly fall apart. After discovering hidden cargo, she risks it all to power up the broken ship in search of human life.

ALIEN: Containment – Written and Directed by Chris Reading – Four survivors find themselves stranded aboard a small escape pod in deep space. Trying to piece together the details around the outbreak that led to their ship’s destruction, they find themselves unsure to trust whether or not one of them might be infected.

ALIEN: Harvest – Directed by Benjamin Howdeshell – The surviving crew of a damaged deep-space harvester have minutes to reach the emergency evacuation shuttle. A motion sensor is their only navigation tool leading them to safety while a creature in the shadows terrorizes the crew. However, the greatest threat might have been hiding in plain sight all along.

ALIEN: Night Shift – Written and Directed by Aidan Breznick – When a missing space trucker is discovered hungover and disoriented, his co-worker suggests a nightcap as a remedy. Near closing time, they are reluctantly allowed inside the colony supply depot where the trucker’s condition worsens, leaving a young supply worker alone to take matters into her own hands.

ALIEN: Ore – Written and Directed by the Spear Sisters – As a hard-working miner of a planet mining colony, Lorraine longs to make a better life for her daughter and grandchildren. When her shift uncovers the death of a fellow miner under mysterious circumstances, Lorraine is forced to choose between escape or defying management orders and facing her fears to fight for the safety of her family.

ALIEN: Specimen – Directed by Kelsey Taylor – It’s the night shift in a colony greenhouse, and Julie, a botanist, does her best to contain suspicious soil samples that have triggered her sensitive lab dog. Despite her best efforts the lab unexpectedly goes into full shutdown and she is trapped inside. Little does she know, an alien specimen has escaped the mysterious cargo, and a game of cat and mouse ensues as the creature searches for a host.

It’s a bummer that neither Ridley Scott or James Cameron are getting an opportunity to expand on the Alien universe, but its good that Fox is exploring different avenues of keeping the brand alive. They recently released an Alien – Isolation animated series that explored the video game’s roots in intriguing ways. Like many fans, I am still nervous that the brand will change significantly once under the control of Disney, but hope that they hold true to the series’ roots. An important first step would be to begin development on an Alien film with either Scott or Cameron.