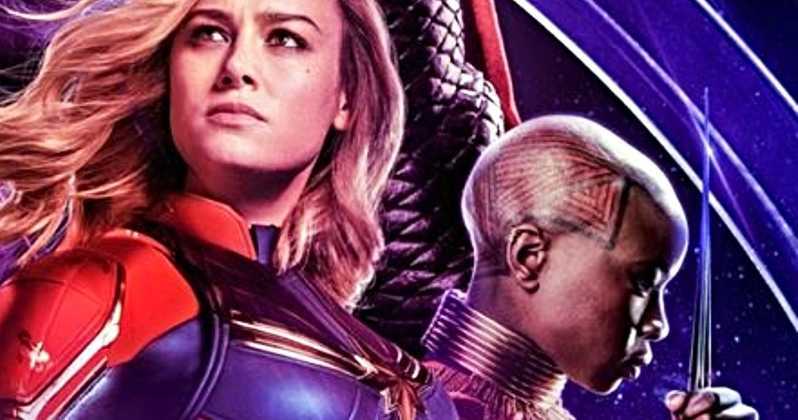 The Avengers: Endgame trailer released on March 22nd, and with it, a new movie poster. Fans could not help but notice it was missing a very important character; Okoye. Danai Gurira’s character was not included in the picture, nor was her name at the bottom with the other actors.

The trailer shows all the characters we’ve come to know and love; the ones who survived “the snap”, anyway. Without giving any plot details away, they show Jeremy Renner’s Hawkeye, Mark Ruffalo’s Hulk, Scarlett Johansson’s Black Widow, Chris Hemsworth’s Thor, and Robert Downey Jr’s Iron Man. The trailer gives nothing away, save for the fact that other surviving characters, such as Paul Rudd’s Ant-Man to Brie Larson’s Captain Marvel, to Danai Gurira’s Okoye will join forces with the remaining Avengers to save the world.

Seeing Danai Gurira noticeably missing from the poster set fans into a fervor over the fairness of it all. She was one of the most important heroes in Black Panther and fought valiantly against Thanos in Avengers: Infinity War. After a few hours, Marvel caught on to the outrage and rereleased the poster with her in it, tweeting, “She should have been up there all this time.”

She should have been up there all this time. Check out the official Marvel Studios’ #AvengersEndgame poster. @DanaiGurira #WakandaForever pic.twitter.com/5V1veWMxlz

It isn’t immediately clear as to why she was excluded in the first place, however, fans seem to be adequately pleased with their inclusion of her now. She isn’t in the trailer, and it is interesting that Marvel is keeping her character’s involvement in the film such a secret that they don’t even want to show her at all. Like the sight of her alone will give something away.

No one is quite sure what happened to Letitia Wright’s Shuri after the snap, so now that Danai Gurira is included in the poster, we’ll see if they both work together in this film to fix Thanos’s mistake. We’ll have to wait until Avengers: Endgame hits theaters to see how this all really plays out.

Rob Zombie’s ‘3 From Hell’ Reportedly Set To Be Released This Halloween
First Look At Thanos In ‘Avengers: Endgame’ Revealed
Advertisement
Advertisement
To Top