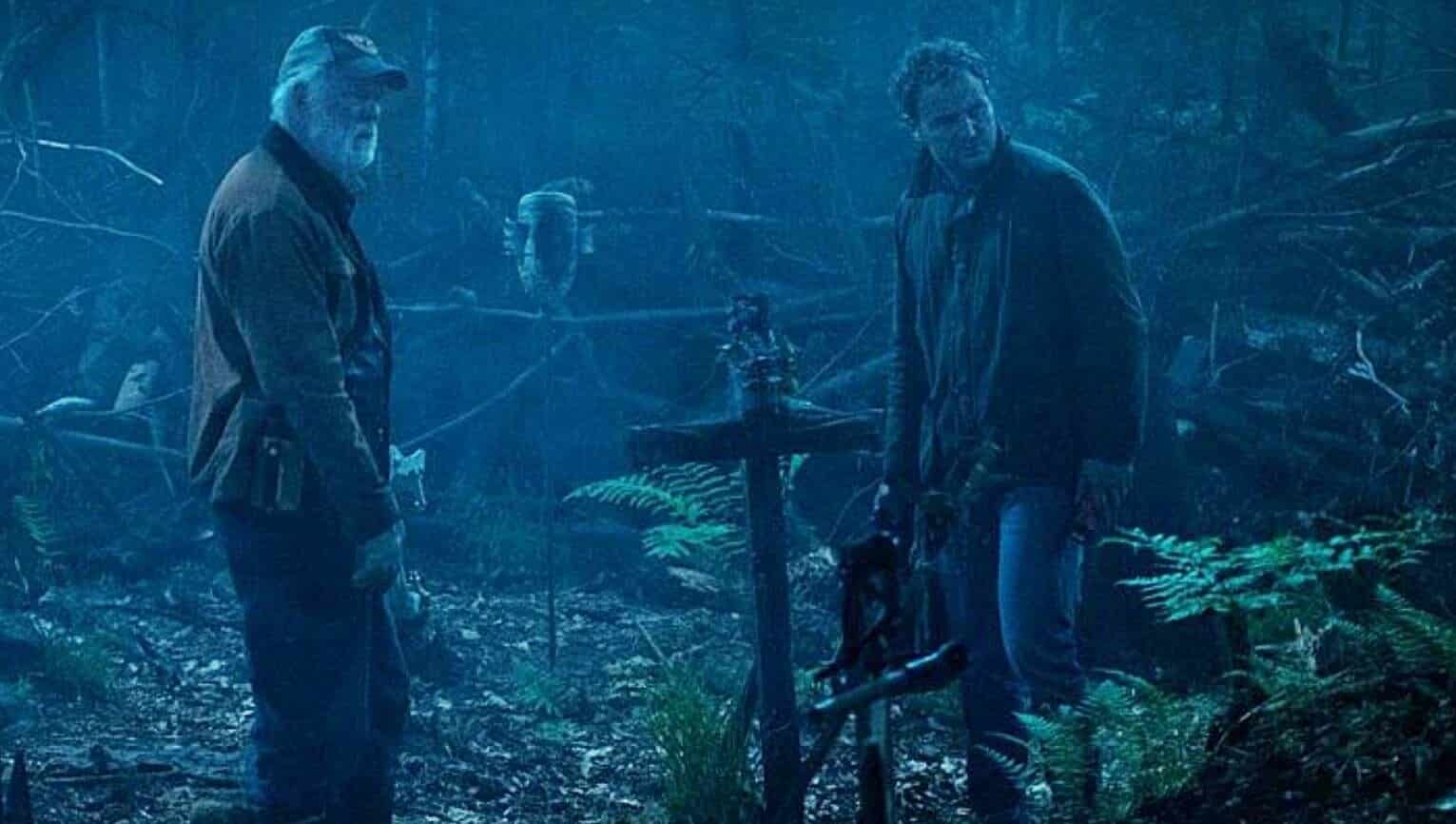 Pet Sematary screened at the South By Southwest film festival last night, and based on the early reactions/reviews – the film really delivers, which is welcome news for fans of the Stephen King novel.

We’ll start with the early reactions – followed by the reviews below them.

#PetSematary is *vicious* and I LOVED it. Super brutal visuals and was thrilled to see Widmyer & Kölsch fully embrace the deeply unsettling themes of mortality from the book. And WOW Jeté Laurence. They really pushed it with this adaptation & it worked for me – big time. 😺 #sxsw

#PetSematary delivers a solid sense of dread from start to finish. It earns its well-timed jump scares, and terrific sound design and gnarly effects add extra layers of creepy. I think King fans will dig it.
Move over Goose, it’s Church’s turn.#sxsw pic.twitter.com/jqkuLKOfWq

Like the best King adaptations, PET SEMATARY isn’t 100% faithful to the text, but the spirit. This movie is BLEAK (but also surprisingly funny at times). And yes, the Ramones song played over the credits and I CHEERED.

Lots (and lots) of thoughts on the new #PetSematary to come, but for now, what I will say is this: holy hell do I respect how bananas it gets in the third act. Absolutely not what I was expecting AT ALL.

There have been a lot of great Stephen King adaptations lately, but PET SEMATARY feels the most perfectly, specifically Stephen King. It’s just what I want out of this movie in every single way, and that includes SUPER scary. So crazy happy with it. #sxsw

#PetSematary got me. it’s scary as shit, it’s having tons of fun, it doesn’t skimp on gore, and it’s somehow even darker than the book. really impressed and satisfied. #SXSW19

PET SEMATARY: Did they just make Stephen King’s darkest book even darker? Intense, powerfully unpleasant and top-tier horror in just about every way.

Some reviews for the film have surfaced on Rotten Tomatoes as well:

SlashFilm: Directors Kevin Kölsch and Dennis Widmyer take the terror that Stephen King forged, and mold it into something fresh, and exciting, and downright horrifying. Pet Sematary is one of the best Stephen King adaptations ever.

Collider: Pet Sematary isn’t striving to be an easy communal crowdpleaser. Just like the source material, it’s a movie with a real thoughtful mean streak that’ll chill you to the bone, and ensure you remain on edge well after it concludes.

Consequence Of Sound: While the changes to the source material are guaranteed to polarize some King fans, Pet Sematary bucks the remake trap of simply paying homage to an iconic piece of horror.

We Got This Covered: Pet Sematary is proficiently tense, dashingly macabre and soaked in nightmarish tones that thrive on audience screams.

Variety: Plenty efficient for those simply looking to be scared…

The Wrap: Its terrifying story about death still leaves audiences with much to think about long after the credits roll, and the twists that lead to a new ending are fun to follow.

THR: A solid if not earthshaking horror pic built around notably good performances.

So there you have it. It looks like this year’s Pet Sematary movie really delivers, and that fans of the Stephen King novel will definitely be getting a worthwhile adaptation. The marketing has been pretty spooky, without giving away too much – which apparently worked.

After all, King himself gave a warning about the film back in February:

This is a scary movie. Be warned. https://t.co/95pHeslHZq

We’ll know for sure when the film hits theaters on April 5th, 2019.

Continue Reading
You may also like...
Related Topics:Horror, Pet Sematary