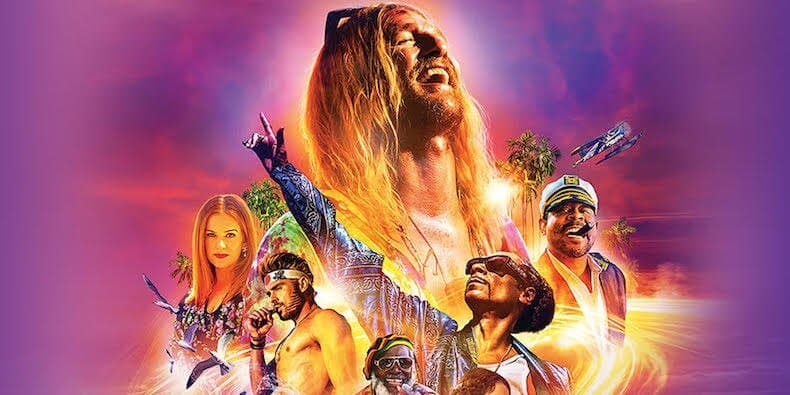 Constantly pushing the boundaries of conventional cinema in his own eccentric way, Harmony Korine is certainly one of the most divisive filmmakers, often tackling debaucherous behavior in his own meandering way with Spring Breakers and Trash Humpers. Korine’s latest The Beach Bum doubles down on Korine’s signature style the only way he knows how crafting a uniquely bizarre and laugh-out-loud experience that has “cult classic” written all over it.

The Beach Bum follows the misadventures of Moondog (Matthew McConaughey), an aspiring-poet who drifts through his days with Blue Ribbon and weed by his side. If audiences are looking for more narrative than that, they’re out of luck.

Mocking the conventions of cinema while embracing the lunacy of its colorful cast of characters, The Beach Bum is sure to polarize its respective audience. If you can get down with what Korine is presenting though, you’re in for one hilariously wild ride.

Matthew McConaughey was simply born to play Moondog, bringing the character to life with droves of personality and mannerisms to make it his own. It’s an impressively committed performance, with the star actor selling whatever craziness that the film throws his way. With this and his dedicated turn in the bizarrely entertaining Serenity, McConaughey has displayed a shameless dedication to his craft, reaching the peak of his grand “McConissance”.  It’s also a joy to watch actors like Jonah Hill and celebrities like Snoop Dog in a way we’ve never quite seen them before, dedicating to their wild archetypes with hilarious results.

I hesitate to simply call The Beach Bum funny, as based on my howls and tears of laughter, it was genuinely one of the most entertaining experiences in the theater in some time. Korine’s script succeeds where most wild comedies fail because it truly has no limits, with the writer dreaming up some hilariously wild scenarios that will shock audiences. His ability to up the ante throughout kept me engrossed through the 95-minute running time, with the film’s creativity giving audiences an experience unlike any other. I also enjoyed how Korine plays off the conventions of the typical “recovery story”, with obviously saccharine music cues and the ultimate arc of the movie spitting in the face of that typical story.

As with Spring Breakers, Korine’s seemingly aimlessness behind the camera does come with a greater purpose. Many have claimed the movie is just aimless, but to me, that’s a perfect representation of its constantly-faded protagonist. What’s most fascinating about The Beach Bum is the ultimate dichotomy of it, with the film’s fun factor being countered with cracks of reality that show the true emptiness of Moondog’s arc and actions. Korine’s embrace of excess and pop confectionary songs helps establish this concept, as well as doing a clever job of setting up these significant moments then quickly transitioning back to the debauchery.

The Beach Bum is quite simply my favorite film of the year so far, with Korine’s embrace of Moondog and his wild lifestyle creating a wildly entertaining, yet assured effort from the director. If your looking for a good time, there might not be another film to top The Beach Bum in some time.

Continue Reading
You may also like...
Related Topics:Matthew McConaughey, The Beach Bum

‘The Highwaymen’ Review: Likable Stars Can’t Save Middling True Story
‘Pet Sematary’ Review: It’s No ‘IT’ – But It’ll Do
Advertisement
Advertisement
To Top