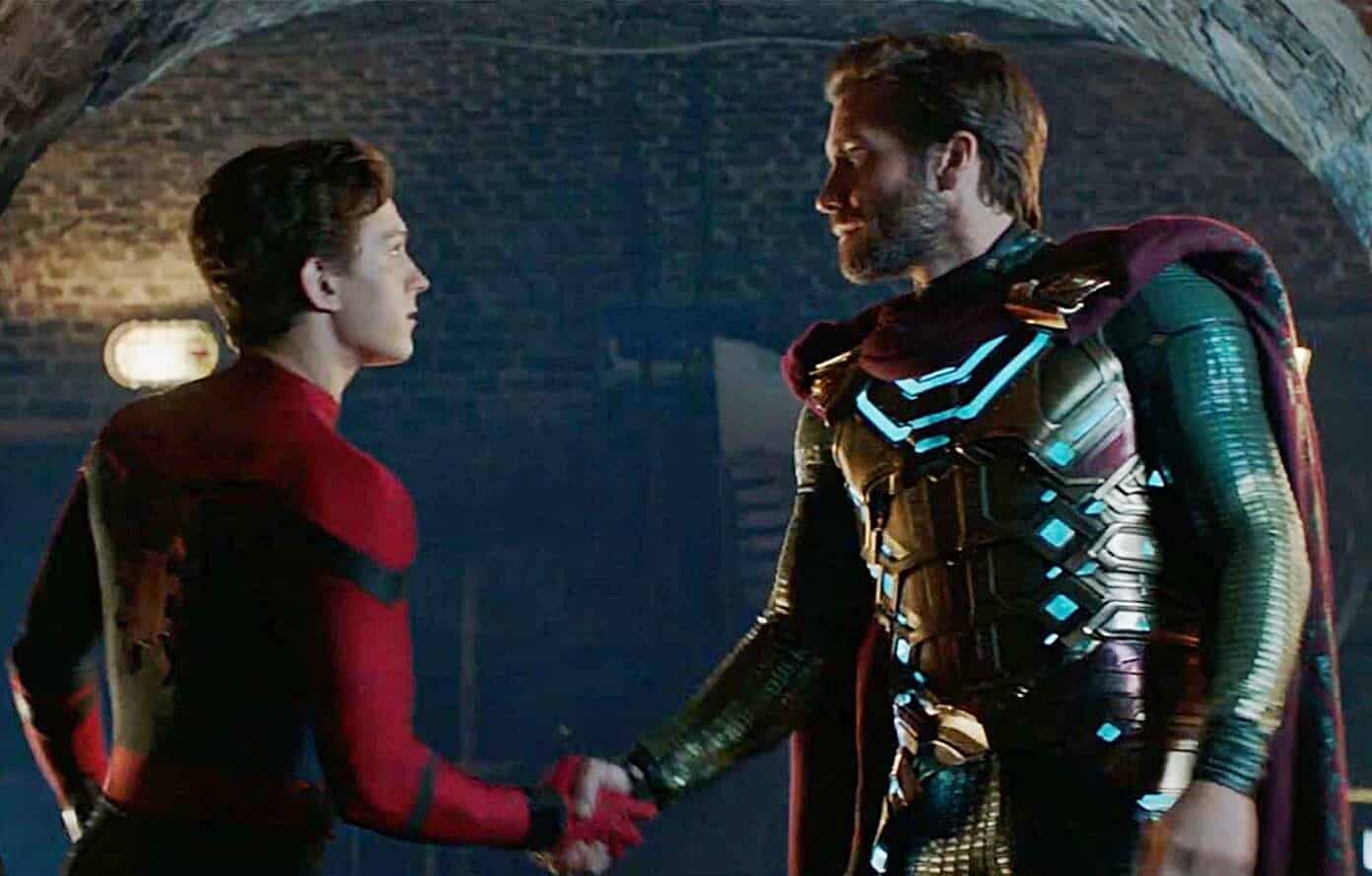 Spider-Man: Far From Home is just around the corner and many are speculating which villains—other than Mysterio—will make an appearance. We got a couple of the classic villains in Spider-Man: Homecoming that was an unexpected show along with Micheal Keaton’s The Vulture. Both Shockers,  Jackson Brice (Shocker #1) and Herman Schultz (Shocker #2), Phineas Mason (The Thinker), a Mac Gargan (pre Scorpion), and Aaron Davis (pre Prowler).

Now, news has come out that more than one villain appearing in Far From Home is set to possibly help Mysterio’s evil deeds – whatever they are.

The first trailer for Spider-Man: Far From Home revealed the possibility that Hydro Man and other elemental villains that may have a role in the plot in the film. Mysterio has been known use tricks and large scale illusions to aid in his crimes so, the idea of these characters showing up might just be that—an illusion.

However, one site has caught wind while on the set of Spider-Man: Far From Home on the chances that The Chameleon might finally make an appearance on the big screen. The character whose real name is Dmitri Anatoly Nikolayevich Smerdyakov—one hell of a tongue twister—could possibly be played by actor Numan Acar, who is credited in the film as Dimitri.

When Cinemablend asked director Jon Watt about this, here’s what he had to say:

The character does pop up in the most recent trailer of the film where Parker meets Mysterio for the first time, but it can be missed if you’re not paying attention.

Executive Producer Eric Carroll was also able to give Cinemablend some insight on the plot of the film and Dmitri as well:

One of the guys on Nick’s team is played by Numan Acar. He’s a fantastic actor. And he’s got this really great thing where he looks superimposing. He looks like the sort of guy you’d expect to be a mercenary. But he’s hilarious. Just one of the funniest actors. … So now you’ve got this really scary-looking mercenary driving these kids around Europe. So, they get rerouted [by Fury]. They drive through the Alps, and there’s a fun character set piece here where Peter, who now has access to some technology in the wake of having met up with Nick Fury, tries to use that technology for iffy purposes…. and almost blows up his bus by launching some weaponized drones that this spy team has access to.

The Chameleon is considered one of Spider-Man’s earliest foes as a master of disguise with the aid of his featureless looks and is also related to Kraven the Hunter. This introduction of the Chameleon could be a great way to help bring his supervillain relative.

Are you excited to see the inclusion of this classic Spider-Man villain? Let us know below!