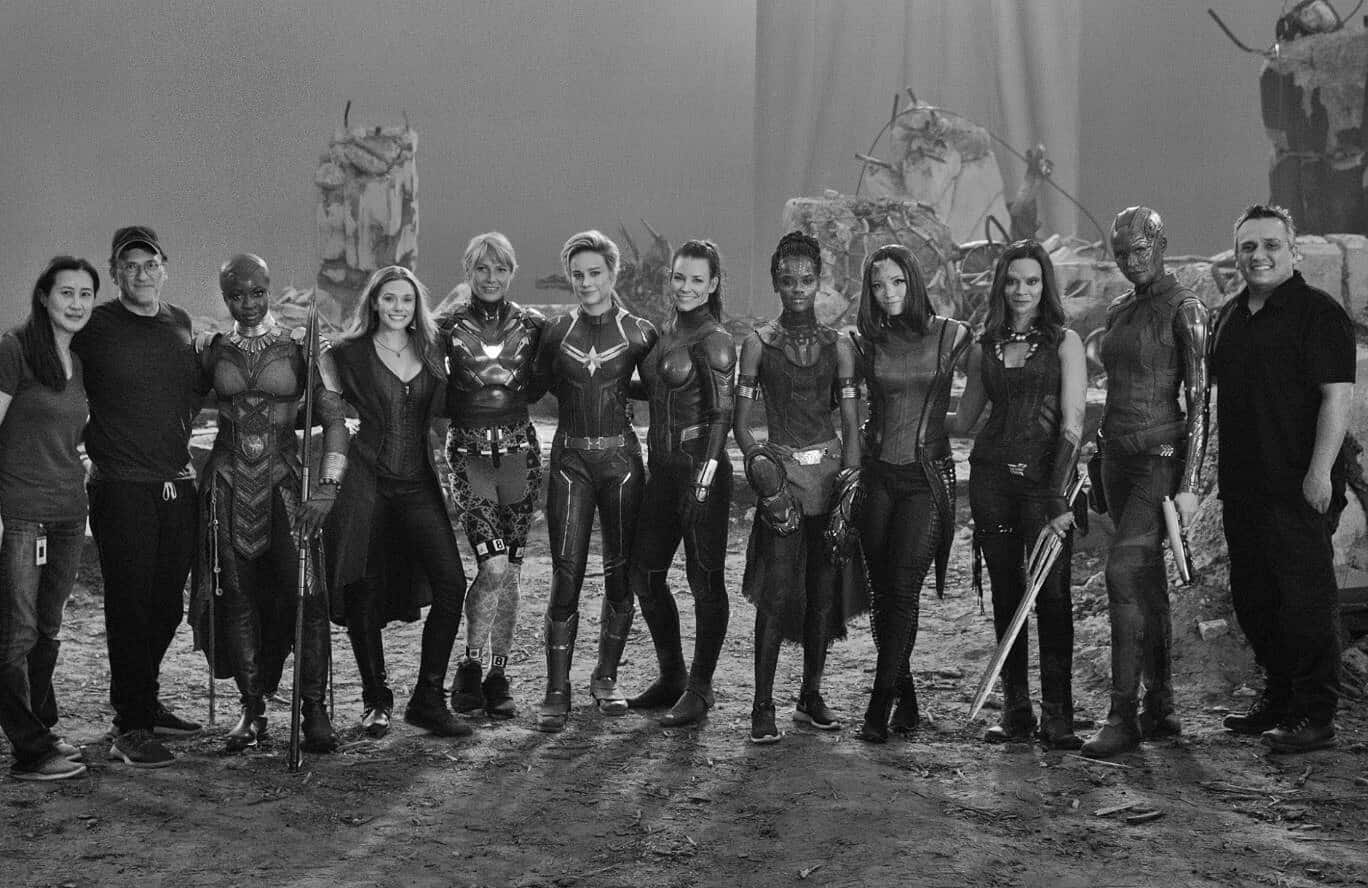 Avengers: Endgame has been dominating the box office, steadily climbing towards the number one spot of all time. And, it did this by delivering an incredible story that was full of surprises, closures, and future openings. So many moments were awe inspiring, like Captain America wielding Mjolnir, the return of the snapped heroes, Captain Marvel’s arrival, and the words we’ve been waiting 11 years for, “Avengers Assemble!” But, there is one moment in particular that not only was cheer inducing, but possibly foreshadowed the future of the Marvel Cinematic Universe. That moment was the impromptu formation of A Force.

A Force is the all female Avengers team that fans have been clamoring for since the head of Marvel Studios, Kevin Feige, announced that more than 50% of the MCU will be female. Now, Marvel has released a BTS photo of the female cast from the filming of the scene where Captain Marvel gets the Gauntlet from Spider-Man and the female heroes join forces to back her up as she makes her way to the Quantum Tunnel.

The only two heroes missing from the pic are Valkyrie, who was digitally added later due to filming issues, and Black Widow. Black Widow’s absence makes sense, though, considering this moment takes place after her sacrifice to attain the Soul Stone. Unfortunately, not everyone understands how timelines and plots work, so some people have taken to bitching about her absence. Some have even called for a “riot” if Black Widow isn’t in the A Force movie (if we do indeed get one).

No Black Widow, no Valkyrie. Well, just tryna be positive about Valkyrie; she is making sure her pegasus ride doesn’t go anywhere.
A-Force, Assemble! https://t.co/XcnqRcg4qi

Let’s break this down, though. Black Widow is gone. She is dead. As the Russos put it, her story arc was full and rich, and reached its end. So, while we’re still getting a solo Black Widow film (presumably a prequel style movie), she won’t be in the A Force film. And fans need to get over it. This “anger” over Black Widow’s exclusion from the pic is imbecilic at best. We need to stop attacking the things we love, our fandoms, over things that literally make zero sense. While we would all love to see these actors play these iconic characters til the end of time, it’s just not possible.

Unlike comic books, films will have a shelf life. Actors age, and move on to other projects, and want to make sure that their iconic roles don’t become stagnate. This is why Robert Downey Jr. is done with Iron Man and Chris Evans is done with Captain America. You can only do so much with a character, and Black Widow has fulfilled her arc.

So, let us celebrate the future of the MCU, instead of crapping on it for, quite frankly, ridiculous reasons. We don’t need to find something to complain about in everything, but instead enjoy the amazing gifts we’re getting with a possible A Force movie that was teased in Avengers: Endgame.

Are you excited for a possible A Force movie? Let us know in the comments below!