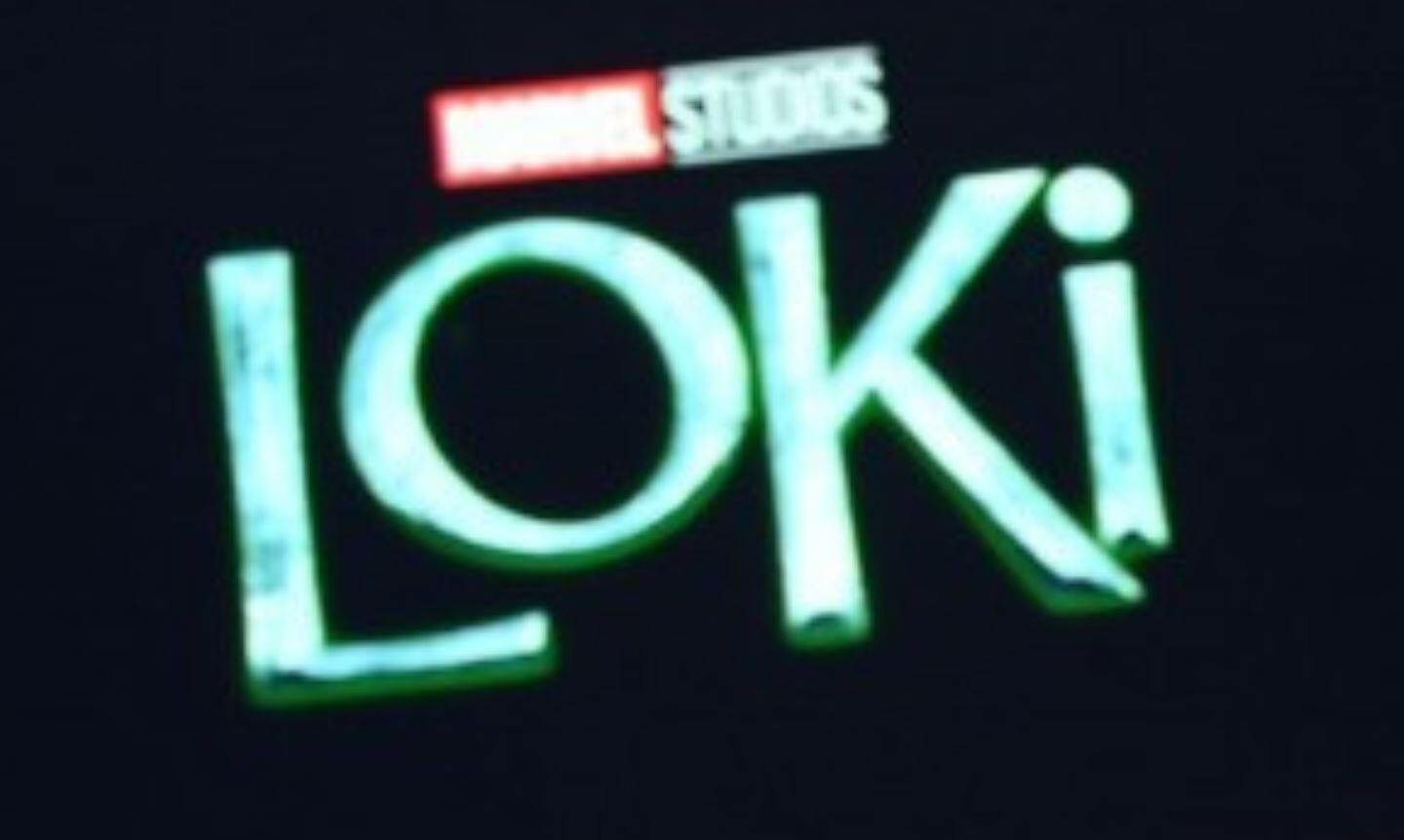 As fans continue to deal with the emotional roller coaster that was Avengers: Endgame, which is rapidly approaching the #1 spot as the highest grossing film of all time, they are starting to look forward to the future of the Marvel Cinematic Universe. But, they’re not just looking at the silver screen, but also to the upcoming Disney+ Streaming Service and it’s connected TV series. Fans are going to get a Winter Soldier/Falcon buddy cop style show, Scarlet Witch and Vision show, and others. The first one we will get to see when the service debuts in November (although possibly not right away) will be Loki’s series. But, didn’t he die in Infinity War? Well, thanks to a Disney Investor’s Day, we may know what is going on with the show.

Photos from the event have been released, and one in particular shows (albeit out of focus) the official logo for Loki as well as a bit of concept art of the show. The interesting thing is, the show seemingly takes place in the mid 70’s, based on the cars, the fashion, and the theater marquee showcasing Jaws. This seems to place the series in the past, which only makes sense.

While some theories believe that Loki escaped with the Space Stone in Endgame, it doesn’t really hold up logically, as placing the stones back in their rightful place (which Captain America did) erases the alternate timelines developed from their absence. This is why Loki was still in the Asgardian jail when Rocket and Thor went back to 2013, a year after the Battle of New York. But, Loki has mentioned meddling in the Earth’s past events before, back when they were revered as “gods”. Could this series show the God of Mischief causing issues throughout history?

We won’t really know anything until an official synopsis is released, but fans who were devastated by Loki’s death can rejoice that we will get more of the MCU’s most fleshed out villain/anti-hero.

Are you excited for Loki’s TV series on Disney+? Let us know in the comments below!